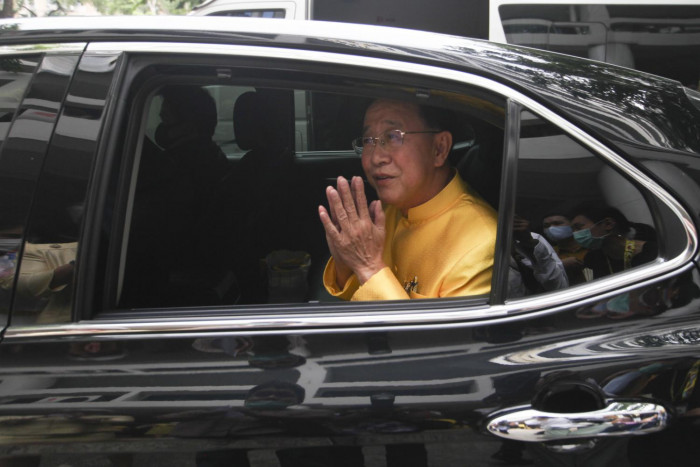 Newly appointed Finance Minister Arkhom Termpittayapaisith is prioritising four criteria to manage the economy and admits there is a possibility the government will seek more loans given waning domestic and external demand.

These criteria are urgent matters that need to be addressed, said Mr Arkhom.

His Majesty the King endorsed the appointment of Arkhom Termpittayapaisith as the new finance minister on Oct 5, ending the month-long vacancy created by the sudden resignation of Predee Daochai.

The former National and Economic and Social Development Council (NESDC) secretary-general is a familiar face in government.

He was previously transport minister for the post-coup junta.

With businesses affected by the previous strict lockdown measures, the government will assist businesses that have seen their financial liquidity drained as the private sector makes up around 70% of Thailand’s GDP, said Mr Arkhom.

Previously the government rolled out measures aimed at sustaining private consumption growth such as the 5,000-baht cash handout scheme launched for temporary workers, contract employees and self-employed workers not covered by the Social Security Fund, along with government subsidies for the tourism stimulus package.

For tourism, the government will have to examine all the supply chain businesses of the industry, said Mr Arkhom.

He admitted measures aimed at beefing up financial liquidity for each sector in the tourism industry have not been effective and the Center for Economic Situation Administration (CESA) and Deputy Prime Minister Supattanapong Panmeechaow will discuss methods to expedite assistance measures for tourism businesses.

“Villagers who are suppliers for services of hotels and restaurants have all been affected. CESA has instructed the NESDC to look into this matter and asked the Bank of Thailand about the soft loans requested by airlines,” said Mr Arkhom.

The government also aims to speed up the fiscal budget disbursement, expediting the remaining budget to enhance the flow of money in the economic system, he said.

Regarding how economic research houses have forecast the economy will feel the pinch of the pandemic crisis for the next 1-2 years, Mr Arkhom said the government is deliberating re-opening Thailand’s economy, especially the tourism industry, and preparations for different phases are under consideration.

In response to scepticism as to whether the 1-trillion-baht loan decree is sufficient to remedy the fallout, he said this depends on the recovery of domestic and external demand.

The Public Debt Management Office has told Finance Ministry authorities public debt as a share of GDP will not rise beyond 57% over the next five years, with the government continuing to incur a budget deficit at an average of 2.8-2.9% of GDP.

The projection accounts for the 1-trillion-baht loan decree, but excludes the possibility of additional loans.