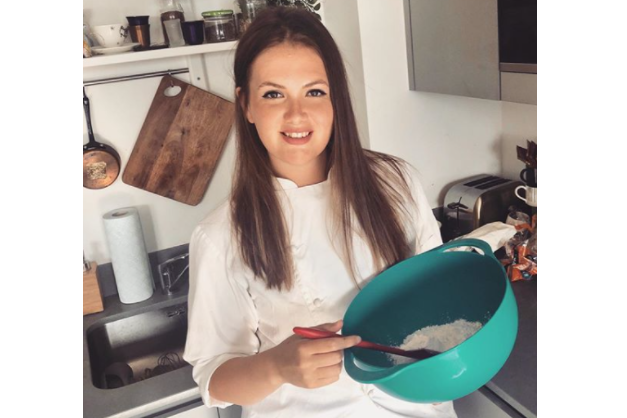 “What do you do for a living?” It’s a question that can tell you a lot about a person, their interests and the stage of their life they are at. For the past decade, my answer was always easy: “a chef.” This would often be met with excitement, followed by: “Oh, I’d love to be a chef!”, “Imagine living with a chef!” or, “Ooh, I bet your dinners are incredible.”

But honestly, the life of a chef was far from glamorous. I’d often rush home in the afternoon in the 45 minutes I had between a split shift to walk my dog, having left the house at 6am. Despite cooking professionally, my own meals often consisted of a store bought sandwich that I would grab before returning to work for the second shift of the day. On those days, I’d be lucky to get the last train home before midnight. And on my days off? There was a lot of sleep, television, more sleep, and not so much in the way of delicious food being prepared.

I’ve worked in professional kitchens for almost a decade, having learned my craft in a Michelin-starred restaurant in Birmingham, England, before moving to London in 2017. During those years I dedicated up to seventy hours a week and often sacrificed any sense of a social life. But 2020, with the COVID-19 pandemic and the effect it had on the hospitality industry, changed everything.

In March this year when I was faced with being laid off, I had to reconsider everything. Like many in the hospitality industry, I was dealt a crushing blow. Just before the U.K. government announced their furlough scheme, my employer made huge layoffs (which are referred to as redundancies here in the U.K.) and many of us lost our jobs. I went from being part of the management team to being unemployed.

It was devastating. But on the flip side, I also felt a massive sense of relief.

Something that has been recurring in my time as a chef is the sacrifice that you’re simply expected to make. As a young female in an often male-dominated industry, I’ve been told the likes of:

“There are no women in kitchens because they don’t have the balls.”

“You’ll never last in the kitchen because women are too emotional.”

“You’ll never find a job when you’re over 25 because you’ll be wanting babies.”

I have had to constantly prove my worth as a female chef. Over the years I have worked through weekends, Christmases, birthdays, family birthdays, friends’ birthdays. But after I was laid off, I found that I had at least a few weeks ahead of me where I could just breathe.

I fully appreciate that many people across the globe have lost their jobs as a result of the pandemic, and life has been terrible for so many individuals and families, so I feel somewhat selfish saying I felt relief when I was laid off. But it gave me the opportunity to move back with my parents for a few weeks, which felt like a much-needed chance to catch up, given all the family events I’d missed.

That was when I discovered TikTok. It was actually my little brother and sister who introduced me to it while I was living back at home with my family (and yes, they’re aged 10 and 12, and I’m 26). The basics: it’s a video-based app, particularly popular amongst the Generation Z and it comprises 60 second clips, often featuring dance trends and lip-syncing. I’d seen a few recipe videos on the channel and, more surprisingly, some people creating content who were above the age of 21. Whether it was boredom from the unusual amount of free time, or that I’d secretly dreamt of one day teaching others to cook on screen, I decided to give it a go. Particularly since the short, snappy nature of TikTok meant it looked like it would be relatively easy to create my own.

I started with a few easy recipes: churros, fries and a tomato sauce. A few people would “like” and comment—which was initially a surprise as I hadn’t been sure that anyone would be interested. The first comment of note that actually made me proud of what I was doing came from an National Health Service (NHS) worker here in the U.K. who said they had enjoyed my tomato sauce, and that it had helped make a simple dinner for their family after a long shift.

Despite having trained in Michelin-starred kitchens, competed in cooking competitions across Europe and worked hard to hone my craft, it was a hash brown recipe that ultimately led to the most attention I’ve had in my career so far.

I posted a simple recreation of the fast food breakfast classic and saw amazing numbers on my channel. The video was even picked up by national and international press. Not only was I impressed people enjoyed the recipe, but I was also delighted to be recognized as a woman in the world of food. At this point, back in June, I had about 6,000 followers. Even that was massively unexpected and felt like a huge personal achievement.

Now in October, I have reached 100,000 followers, had more than 1.2 million “likes” and over 10 million views on my channel. I’ve been approached by a number of brands who have offered paid advertising deals for me to feature their products. I’ve worked with a number of businesses offering corporate cook-a-longs to help keep teams having fun together even over Zoom. I feel incredibly lucky that I have been able to make some money and not had to search for another full-time job yet.

I would never have imagined that an app could have given me my sense of freedom back, improved my life and actually encouraged me to keep creating food. It’s still hard work at times (don’t ask how many times I have to re-record voiceovers in order to complete a full recipe in 60 seconds!) but I’ve loved every day.

I am passionate about making people happy through food and have learned so much in my career to date. But I’ve also learned how much I enjoy getting out from the back of the kitchen to teach people, talk to them and even make them laugh (hopefully!). I’ve also learned that you don’t always have to follow traditional routes in a profession. Even if you’re told “it’s just the industry” time and time again, I think my experience shows that you can do it your way.

My goals for the future are to be able to sustain my cooking on TikTok as a full-time job. But I haven’t permanently said goodbye to the buzz of a restaurant service, I would love to get back in the kitchen and one day even hold my own pop-up restaurant nights.

If 2020 has taught us all one thing, it’s that life can be completely turned on its head at any time. I’ve also learned that I can empower myself as a female chef, it’s possible to learn a new skill and that a simple hash brown can do wonders.

Poppy O’Toole is a 26-year-old social media chef living in London who creates 60 second videos teaching recipes from the everyday basics to dishes to impress your friends with. She also offers a live cook-a-long service for groups of colleagues, friends or families over video chat. You can follow her journey on Tik Tok: @poppy_cooks or Instagram: @poppy_cooks

All views expressed in this piece are the writer’s own.