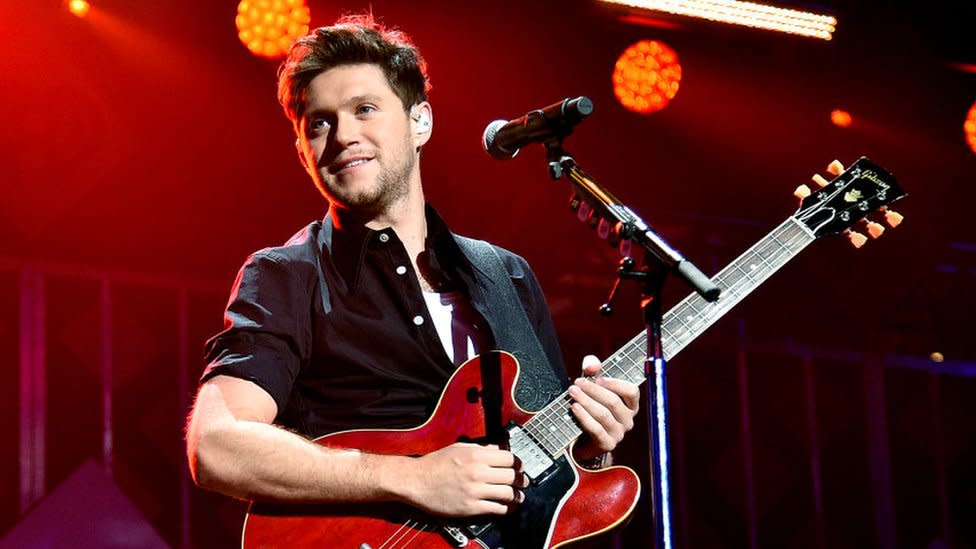 Singer Niall Horan has announced a one-off live streamed show, with proceeds going to members of his road crew.

The pop star has been working with some of his team since One Direction’s first tour in 2011 – and he says the pandemic has left many of them stranded.

“My stage manager is working on a building site currently,” he told the BBC. “A couple of lads are working in Tesco and Sainsbury’s.

“If there’s no touring, they don’t have a job. They’ve been left behind.”

The star and his crew were supposed to be on tour for six months this year, visiting Australia, Asia, Europe and America.

But while Horan used lockdown to write new songs and play radio sessions, he realises others don’t have that luxury.

“I’m obviously one of the lucky ones, but not everyone is as lucky as me,” he said. “I’m a 27-year-old dude, I live with one person, my cousin, in the middle of London. I’m fit and I’m healthy.

“Our crew members are the ones that have basically been forgotten about. Furlough doesn’t touch them – and they are the ones who have mortgages and families and homes and lives to pay for [but] they haven’t got any funds to do so.”

The idea of a live-streamed fundraising show arrived last month, and the star hopes to sell between 60,000 and 70,000 tickets to watch online – enough to “pay all of my crew”.

“I felt it was absolutely the least I could do, was stick a gig on,” he says. “And I urge all the other artists, including friends of mine, to do the same.”

No audience will be permitted into the venue, and the concert will not be available on-demand after it has taken place.

Road crew are the backbone of the live music industry – building stages, sound systems and lighting rigs, and ensuring bands sound as good as they can every night.

Their jobs were essentially wiped out by the Covid-19 pandemic, which has seen thousands of concerts, tours and festivals cancelled.

A report to be published later this week by the UK’s Live Music Group says “the live business is shrinking four times faster than the rest of the economy”, and predicts the majority of jobs may be gone by the end of this year without help.

Horan joins the likes of Take That, OMD, The National and All Time Low, all of whom have donated profits from live streams and merchandise to their crew over the last six months.

The singer said any surplus cash from the Royal Albert Hall show would be given to the charity #WeNeedCrew, which was set up by a former production assistant for One Direction.

He said the fact that “a crew member has had to set up a crew fund” illustrated that the live music industry, which generated £1.1bn last year, had been “completely forgotten by the government”.

“And actually their way of dealing with it is to say, ‘You need to get another job,’ which is madness for me.”

About 75-80% of people employed by the creative industries in the UK are freelance or self-employed, and many have not been covered by the government’s furlough or self-employment support schemes.

Some music venues, including Liverpool’s Cavern Club, received funding from the government’s £1.57bn rescue package for the arts on Monday; while £3.36m of the fund was distributed to grassroots venues in August, to save them from immediate closure.

Speaking on BBC Radio 4’s Front Row last night, culture minister Caroline Dinenage said she expected some of that money to trickle down to freelancers and crew in technical roles.

“If performances can restart and venues can plan for reopening, that protects jobs and protects the roles of freelancers,” she said.

However, Horan said crew who worked on arena-sized concerts of the type he is used to playing were unlikely to find work in the near future.

“If you can’t get six people around a table in a pub, how are you going to get 20,000 people into the O2 Arena? That’s the way I’ve been thinking about it. And that’s why I wanted to do this [fundraiser] now and not leave it any longer.”

Tickets for the star’s Royal Albert Hall show go on sale at 09:00 BST this Friday, 16 October, and the gig will take place on 7 November.

It will also mark the first time Horan has played many of the songs from his recent album, Heartbreak Weather, live – and he admits he’s worried he might be a little rusty.

“I was playing one of my songs the other day on the guitar, and I was thinking, ‘I wrote this song and I can’t tell you what the second chord is!'” he said.

“But I can’t wait just to get back up and play. I need something to get the blood flowing.”