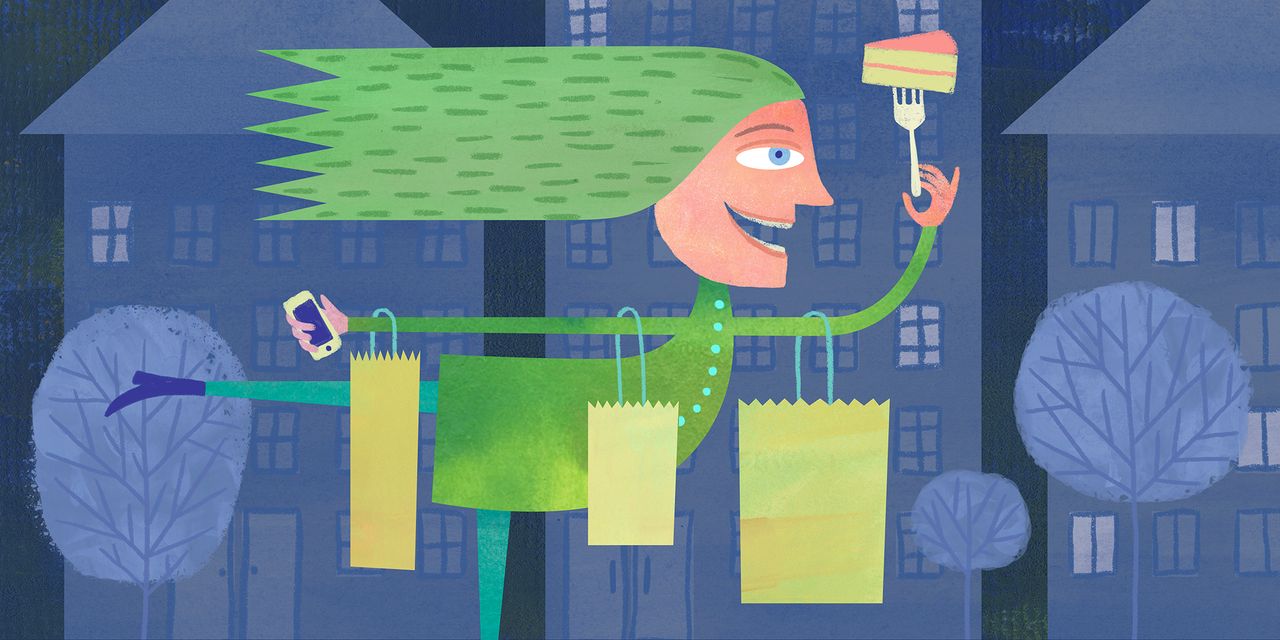 I was using Too Good to Go, an app-based service just launched in New York City that lets you buy leftover prepared food from grocery stores, restaurants and bakeries that would otherwise hit the trash at the end of the day.

The app lists the day’s options, which can be filtered by location, cuisine and pickup time. Customers reserve, pay in advance and then retrieve their order from the provider. Most options cost $3.99 or $4.99—a third of the menu price. Too Good to Go takes a $1.39 cut.

My favorite feature: You don’t know what you’re getting until you pick up your order. It’s a surprise!

Too Good to Go, which launched in Denmark, says it is already dishing 100,000 meals a day in 14 European countries. Its Sept. 29 New York launch was its first foray into the U.S.

“New York City is ready for it. We New Yorkers are pioneers—we love to be the first ones to do anything,” said Gaeleen Quinn, the company’s East Coast director.

I told Ms. Quinn that I was planning to live on nothing but Too Good to Go fare for three days straight. She thought this was a fine idea.

“Full disclosure, we have a lot of bakeries,” she said. “If you put on a lot of pounds, don’t blame it on us.”

She’s not kidding. Roughly half the company’s 200-odd New York partners so far are bake shops and cafes, with the remainder divided between fast-casual restaurants and grocery stores. Most are in Manhattan and Brooklyn. The company says it will soon have 1,000 partners in all five boroughs.

Living entirely on Too Good to Go grub took a lot of planning. I had to lurch out late at night to snag orders for the next day’s breakfast and lunch.

Would you be willing to purchase “surprise bag” meals? Why or why not? Join the conversation below.

But it was fun trying new venues and foods. I sampled a pork rice bowl from a Japanese mall chain and chicken shawarma from a neighborhood kebab joint. And I’m still not sure what I ate from that Manhattan dim sum shop. In my notes, I described a mysterious pastry bun filling as simply “very yellow.” Of the stuffing in a dumpling appetizer I wrote, “Shrimp, maybe?”

Another plus: The servings were generous. The total cost for three days of breakfast, lunch and dinner was $29—tax included. That’s $3.22 a meal—less than I typically spend cooking at home. My inner Scrooge was thrilled beyond measure.

Saving money isn’t supposed to be the point, of course. According to Too Good to Go, New Yorkers waste 1.3 million tons of food every year. Company employees refer to themselves and their consumer base as “waste warriors.” They’re out to educate and save the planet, one day-old bagel at a time.

Scott Walker, who owns Highline Pizzeria in Manhattan, says that during the pandemic, demand has been especially difficult to predict. He’s typically stuck with several pies every night. “It breaks your heart to throw it away,” he says.

But now that he’s offering a last-hour deal on Too Good to Go—three slices for $4.99—he’s generating far less waste, and pocketing $3.18 on each order. It adds up. If he continues selling five orders a night, he’ll earn an extra $5,800 a year on slices that would otherwise hit the trash.

Waste is less of a problem at Murray’s Cheese in the West Village. But the Too Good to Go app brings new customers, says Chief Strategy Officer Elizabeth Chubbuck, and expands the market to include folks who can’t typically afford the shop’s full-price fare.

That’s me! My $3.99 surprise “dairy bag” from Murray’s included two cheeses. One was a zero-personality New York cheddar. But the second was 6-ounce hunk of La Tur, a spectacularly creamy and tangy affair that usually costs $33 a pound.

Not everyone’s up for a surprise party when it comes to their next meal, of course. For control freaks, there’s Food for All, an anti-food waste app which started in Boston and came to New York in 2019. On this platform, restaurants offer specific dishes—a choice of Veggie or Chicken Pad Kee Mao, for instance. But the discount is smaller, typically 50% off the menu price. I’ll try Food for All when I’m up for a splurge.

Meanwhile, I warned Ms. Quinn that I might toss the remaining half of a sourdough loaf I bought from a Brooklyn bakery through Too Good to Go. The size and heft of a bowling ball, it was taking forever to finish.

“Oh no, that would be horrible!” she said. “Please don’t. With bread, you can freeze it. Make it into bread pudding. Croutons!”

I’ll try. Is there an app for that?

Write to Anne Kadet at Anne.Kadet@wsj.com