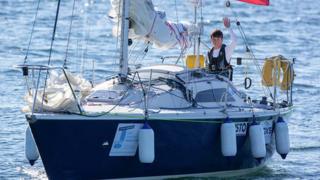 Timothy has been raising money for the Ellen MacArthur Cancer Trust

Timothy Long has become the youngest person to sail around Britain at just 15-years-old.

It took 11 weeks and Timothy had to battle through giant waves, gale-force winds and sail for 24 hours straight.

He set sail on 16 July from Hamble Marina, Hampshire, sailing anti-clockwise around the coast and arrived back to the marina on Thursday. 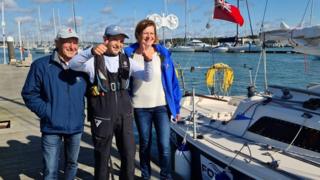 At some points of the 1,600-mile long journey, Timothy only slept for 20 minutes at a time.

It was all to raise money for the Ellen MacArthur Cancer Trust and Timothy raised a massive £7,300, which helps young people rebuild their confidence after cancer through sailing. 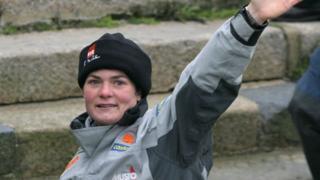 The Cancer Trust was named after Timothy’s idol, Ellen MacArthur.

“We’ve heard from our partners that they’re seeing an increase in demand, and food pantries seeing increased demand have told us they don’t have space for personal care items as they try to keep up with demand for food,” said the Rev. Charlotte H. LaForest, St. Andrew’s rector and one of the founders of the drive. “Public schools and public libraries are another place where people might seek out this kind of assistance. They were completely shut down last spring, and though some school districts have reopened in a reduced capacity, supplying these products often falls to the nurses to supply out of their own pocket. We would love to help supply schools and libraries