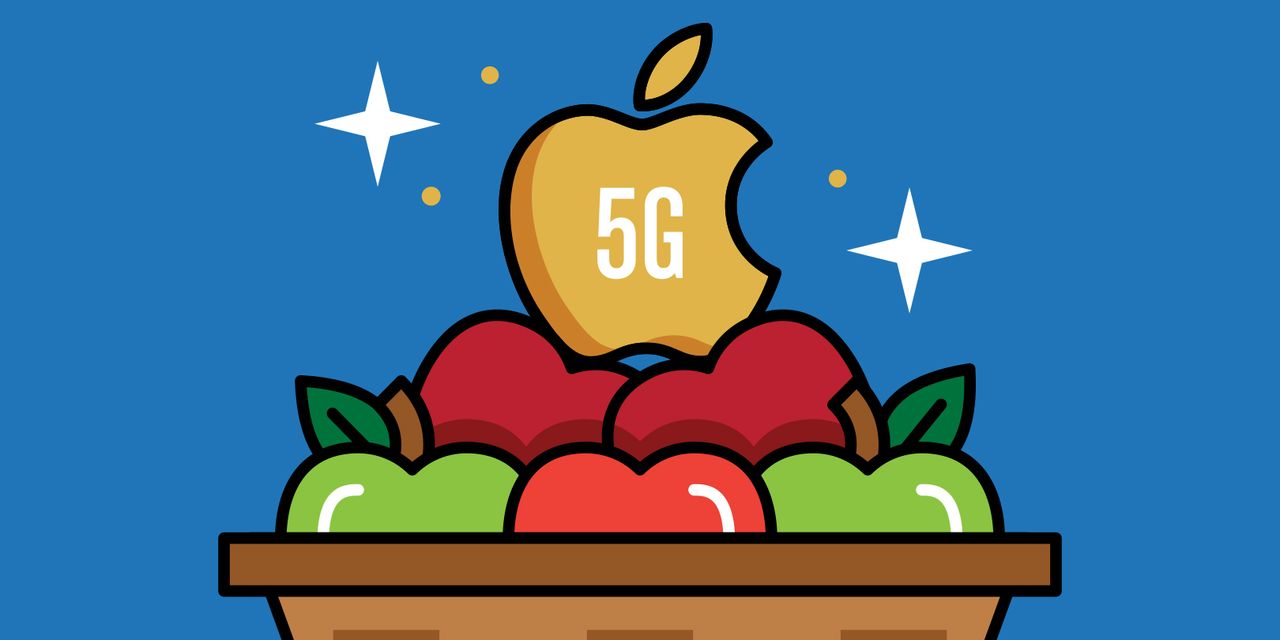 
We’re almost there. Investors have been anticipating the arrival of the first generation of

5G iPhones for years now, and the big day—Oct. 13—has almost arrived.

The basics leaked months ago: four new 5G-capable models, plus perhaps a few other hardware announcements. The really interesting questions, however, can’t be answered immediately—in particular, whether the new phones will drive a “supercycle” like 2014’s iPhone 6 launch. The bulls think so. But global economic weakness and reasonable doubts about whether 5G wireless will dramatically change the consumer experience could hurt.

Jeriel Ong laid out his expectations in a research note. Based on earlier rollouts, he estimates that the new phones could go on sale the weekend of Oct. 23-25. That would provide 10 weeks of sales in the December quarter, but only a week of sales before Apple announces September-quarter earnings on Oct. 29, which makes providing guidance difficult. (Apple hasn’t offered guidance since the pandemic began.)

Ong notes that investors expect two iPhone 12s and two iPhone 12 Pro models, with 5.4-inch, two 6.1-inch, and a 6.7-inch screen sizes. The two higher-end versions will have three back cameras and a 3-D lidar sensor “that could have augmented-reality applications and support new games and use cases.” The two lower-end iPhones will carry two back cameras. All of the new phones should provide 5G connectivity. He also expects AirPods Studio headphones to launch soon, and possibly details on Arm-processor based Macs, and discounted services bundles for new iPhone buyers.

U.S. bond markets are closed in observance of Columbus Day, while Canadian bourses are closed for Thanksgiving.

The Annual Meetings of the International Monetary Fund and World Bank convene virtually this year. The conference runs throughout the week.

Third-quarter earnings season kicks off with reports from

—two of the four largest U.S. banks by assets. The others in the top four,

The National Federation of Independent Business releases its Small Business Optimism Index for September. Consensus estimate is for a 100.9 reading, slightly above August’s 100.2.

The Bureau of Labor Statistics releases the consumer price index for September. Expectations are for a 1.4% year-over-year rise in the CPI, ahead of August’s 1.3% gain. The core CPI, which excludes volatile food and energy prices, is seen jumping 1.8%, roughly even with the August data.

The BLS releases the producer price index for September. Economists forecast an uptick of 0.2% month over month, with the core PPI also gaining 0.2%. This compares with rises of 0.3% and 0.4%, respectively, in August.

hosts its biennial investor and analyst meeting. Speakers will include the firm’s CEO, Geoff Martha.

The Department of Labor reports initial jobless claims for the week ending on October 10. Initial claims were 840,000 this past week, the lowest level since mid-March.

The Federal Reserve Bank of New York releases its Empire State Manufacturing Survey for October. The consensus estimate is for a 12 reading, below the 17 figure for September.

The University of Michigan releases its Consumer Sentiment Index for October. Economists forecast a 80.8 reading, similar to September’s 80.2.

The Census Bureau reports retail-sales data for September. Expectations are for a 0.8% monthly increase in consumer spending, to $542 billion. Excluding autos, sales are seen rising 0.3%, slower than August’s 0.7% gain.