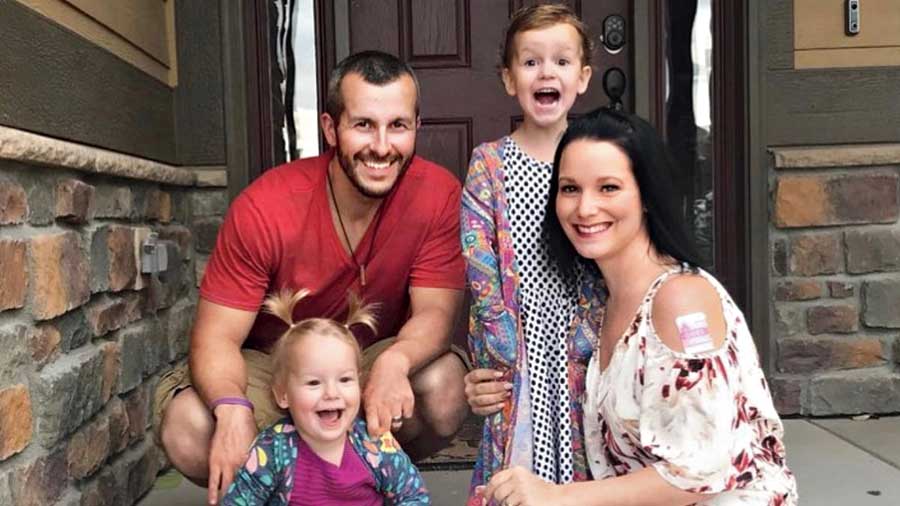 Shan’ann Watts lived her life on social media, documenting everything on an almost daily basis — from her morning cup of coffee to the walk and talk of her young girls Bella and Celeste to the quiet moments of romance she would get to steal away with husband Chris from her extremely busy life of being a working mother of two. In this age of oversharing our lives online, Shannan shared a lot more of her life virtually than many others would. Her social media updates presented a happy family living the American Dream. On August 13, 2018, Shan’ann and her daughters went missing from their home. That they were murdered in cold blood was discovered two days later. Shan’ann was a few months pregnant at the time.

Ironically, it’s Shan’ann’s  incessant social media updates, her video confessionals and her ominous text messages with her husband and close friends that form the core of American Murder: The Family Next Door, an 83-minute spine-chilling documentary that’s been creating a buzz on Netflix.

What makes this true-crime watch different — and far more effective — than most others in the genre is that it relies completely on first-hand raw footage from Shan’ann and her family’s lives before their world came crashing down. Director Jenny Popplewell stitches together a compelling and often painful account of the unravelling of a family, without a single talking-head interview or recreated event. The result is a film that feels deeply personal and very disturbing at various points.

What works for American Murder is the fact that it’s not just a true-crime story. Scratch below the surface and what appears is an unsettling account of social media deception and emotional abuse in a marriage. Bella and Celeste running about with glee before their lives were cruelly and inexplicably snuffed out makes watching this documentary all the more difficult. I had to take a few pauses in between because American Murder jolts you in ways you can’t fathom. This one hits home closer than anyone could imagine because it could happen to any of us.

American Murder doesn’t really function as a whodunit (the clues are too in-your-face for anyone to miss) but rather as a whydunit (without affording a satisfying explanation). Even as she squeezes out every footage from Shan’ann’s social media feeds to construct this story, Popplewell adds on body-cam footage, neighbours’ security videos, Google Maps overviews and personal videos taken by Shan’ann’s friends and family to make American Murder an even more immersive and personal watch. While the jury has been out ever since the documentary dropped last week, debating on the ethics of using the personal material of someone who is dead, there is no denying that it’s this that precisely makes American Murder such an astonishing account of deceit, jealousy and betrayal.

American Murder ultimately works because it doesn’t uncover a big bad murderer lurking in the woods or blow the lid off a robbery gone wrong. It simply reminds us that murderers — and monsters — can be everywhere. Even among the family next door.