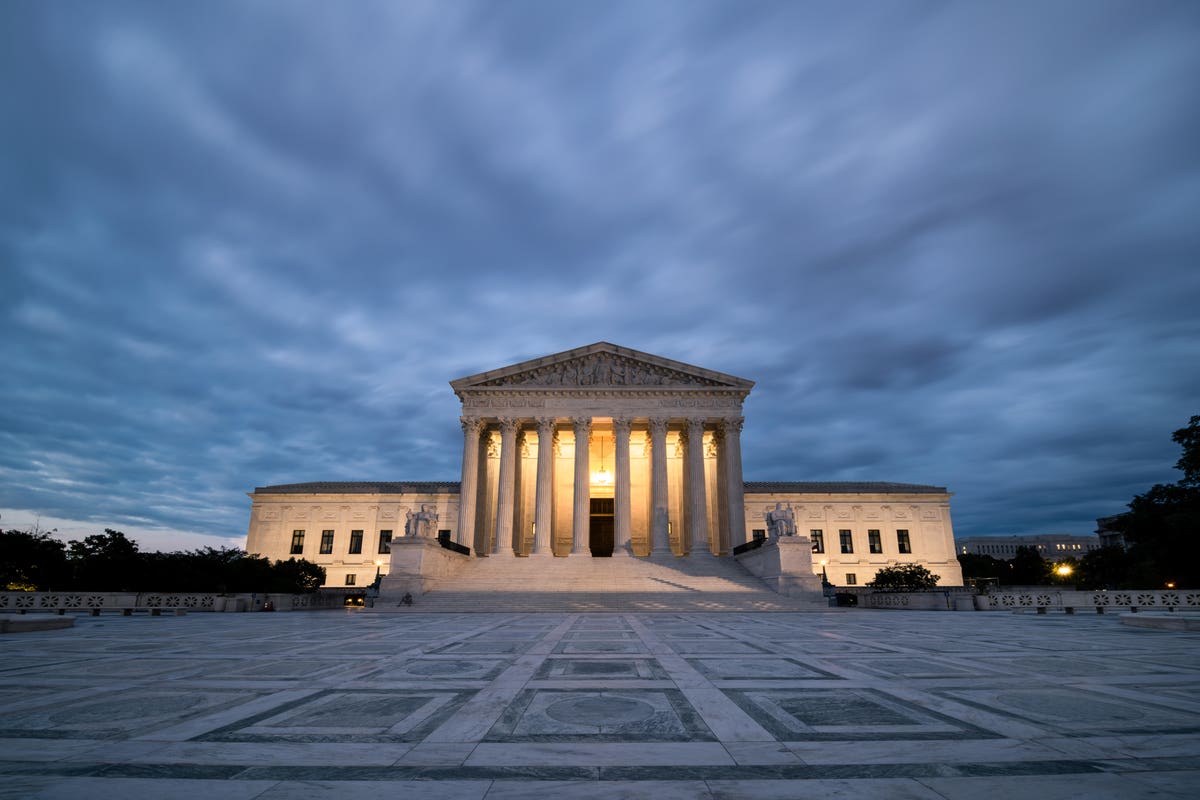 News confirming President Donald Trump’s Supreme Court nominee, Amy Coney Barrett, was leaked on Friday ahead of his expected announcement today. The nomination comes less than 10 days after Supreme Court Justice Ruth Bader Ginsburg passed away from cancer complications at the age of 87.

The announcement officially starts the clock for the Senate to scramble for enough votes to confirm her place on the bench before the November election.

Who is Amy Coney Barrett?

Amy Coney Barrett, 48, is a circuit judge in the U.S. Court of Appeals for the Chicago-based 7th Circuit. She’s been hailed by President Trump as “outstanding” and is a favorite among conservatives in D.C.

After graduating from Notre Dame Law School, Judge Barrett clerked for the late Justice Antonin Scalia. She lives in South Bend, Indiana, with her husband Jesse Barrett, a former federal prosecutor who now is in private practice, and their seven children. Barrett is a devout Catholic, an attribute that has been questioned by Democrats who say Barrett might not be able to keep her religious views separate from her judiciary rulings.

Barrett has become influential among conservatives, with numerous pro-life convictions to her name.

Some say Barrett’s religious devoutism has made her “anti-abortion,” and critical of the Roe vs. Wade case that ensures access to abortion. In 2012, she signed a petition against the Affordable Care Act (ACA)’s provision requiring employers to provide birth control in insurance plans for employees, arguing that it infringed upon religious freedom, according to Newsweek. At a talk in Jacksonville in 2016, Judge Barrett stated that she believed the core tenet of Roe v. Wade was likely to be upheld, but states would be afforded more control over how they restricted abortions.

Barrett’s nomination by Trump doesn’t guarantee her a place on the highest court in the country. Her nomination will have to be approved by a Senate majority before the November election in order for her to be put on the bench. However, Senate Majority Leader Mitch McConnell (R-KY) has already likely secured the votes needed for Barrett’s nomination to pass.

What a Majority-Conservative Court May Mean for Your Money

If Barrett is approved by the Senate to serve on the Supreme Court, the bench will gain a conservative majority (6-3). Some legal experts warn this could tip the court in favor of big business, rather than everyday Americans, putting the prospect of fewer consumer protections and business regulations on the table.

Ruth Bader Ginsburg was the least business-friendly justice from 2015-2017, according to an analysis by The Washington Post. A little more than 50% of her votes were in favor of businesses, compared to justices who gave nearly 70% or more of their votes in favor of them, including Associate Justice Neil Gorsuch and Chief Justice John Roberts.

“Adding another justice likely to side with the corporate agenda, public-interest lawyers who argue before the court say, will make it harder for consumer and worker advocates to convert a swing vote to their side or narrow the scope of business-friendly decisions,” reads The Washington Post analysis.

There’s also the question of what lies ahead for independent regulatory agencies designed to protect the rights of consumers. The Consumer Financial Protection Bureau (CFPB) was recently protected by a Supreme Court ruling that the president can fire the director at will, but the bureau remains otherwise intact.

As for other regulatory agencies, like the Federal Housing Finance Agency (FHFA), a more conservative court could put the future of those bureaus in jeopardy by potentially ruling more often in favor of businesses and less for consumer protections.