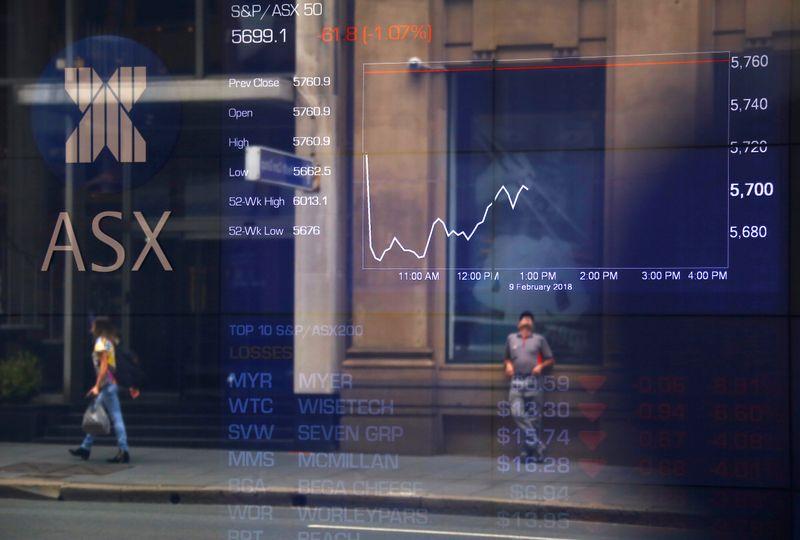 (Reuters) – Australian shares closed lower in a low-volume session on Monday, with financials and consumers stocks weighing the most.

The S&P/ASX 200 index .AXJO swung between gains and losses throughout the session before settling 0.2% lower at 5,952.3. More than 571.9 million shares changed hands, compared with the 30-day average of 803.6 million shares.

Heavyweight financial stocks .AXFJ were among the biggest drags on the index, losing 0.6% after a 3.7% jump in the previous session.

“The moves are very stock specific and waiting for a catalyst with not a lot of conviction either way,” Jennings added.

Meanwhile, the coronavirus hotspot Victoria state recorded a single-digit rise in new cases for the first time in three months and lifted some of its tough restrictions, raising hopes for a near-normal conditions by the year end.

Across the Tasman Sea, New Zealand’s benchmark S&P/NZX 50 index .NZ50 ended marginally higher at 11,802.29, recovering from a near 2% drop earlier in the session.

Losses in a2 Milk shares ATM.NZ were offset by gains in electricity generators Meridian Energy MEL.NZ and Mercury NZ MCY.NZ, which rose 6.6% and 7.4% respectively after Prime Minister Jacinda Ardern announced negotiations with Rio Tinto to extend operations of its local aluminium smelters.

Reporting by Sameer Manekar in Bengaluru; Editing by Subhranshu Sahu