Boxlight Corporation (NASDAQ:BOXL) is pursuing a roll-up strategy mostly in the interactive classroom technology solutions field. Since 2016, the company has closed nine acquisitions and, according to management on the most recent conference call, Boxlight is “currently evaluating several additional M&A targets that would result in either improving our product offering or expanding our geographic footprint“.

Unfortunately, the company is also known as a bad case of overpromise and underdeliver. After initially guiding FY2019 revenues to grow 25% to $47 million, the company ended the year with revenues of just $33 million, a 13% decrease from 2018 levels. Remember, these results were entirely unaffected by the ongoing COVID-19 pandemic. 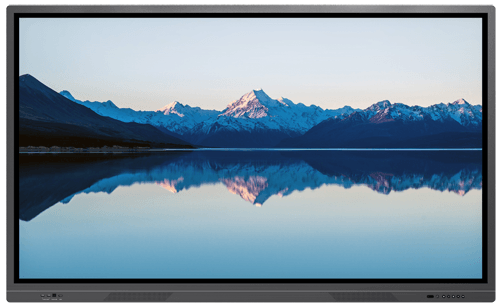 The poor business performance has resulted in substantial cash burn. Since Q1 2019, the company has used more than $10 million in cash from operations. The ongoing losses required a $11.5 million capital raise in June, resulting in outstanding shares to almost triple on a year-over-year basis.

But in July, the company’s beaten down shares were apparently picked up by the momentum crowd and new generation Robinhood traders as discussed in great detail by fellow contributor Damien Robbens.

Rumors regarding a potential partnership with Samsung (OTC:SSNLF) caused the shares to soar over 300% from July 13 to July 16.

Not surprisingly, the company lost no time capitalizing on the unexpected hype and filed a $150 million shelf registration on July 17. On July 31, the company managed to issue 17.25 million shares for gross proceeds of $34.5 million.

The opportune move increased the company’s pro-forma cash balance to almost $40 million but also caused momentum traders to abandon the stock with the offering pricing deeply in the hole and share count eclipsing 50 million.

After the company reported another set of uninspiring quarterly results on August 14, shares have continued to move lower and finished Monday’s session at $1.41.

But on Tuesday, the momentum crowd returned after Boxlight announced a “$22,000,000 Investment from The Lind Partners“, causing the shares to rally more than 20% on massive volume:

“Boxlight Corporation, a leading provider of interactive technology solutions for the global education market, today announced its entry into a funding agreement for gross proceeds of $22,000,000 with Lind Global Macro Fund, LP, an investment fund managed by The Lind Partners, a New York based institutional fund manager.

“Proceeds from the investment, along with the $34.5 million in gross proceeds from our July 2020 offering, will be used for future acquisition opportunities,” said Michael Pope, Chairman and Chief Executive Officer at Boxlight. “Specifically, we are targeting companies for acquisition that will either increase our global footprint or enhance our solutions portfolio for the education market. Potential candidates will be immediately accretive, generate significant revenues, produce positive earnings, and exhibit substantial growth potential.”

The investment is in the form of a $22,000,000 convertible note with a 24-month maturity, a 4% APR (0% APR if the Company’s stock price is trading above $3.50), and a fixed conversion price of $3.50 per share of Boxlight’s Class A voting common stock. Principal payments are due in 20 monthly installments beginning November 2020. Under the terms of the note, Boxlight has the right to make principal and interest payments in the form of either cash or Class A common stock. Boxlight also has the right to prepay the convertible note at any time without penalty (the “Buy-Back Right”). Should Boxlight choose to exercise its Buy-Back Right, Lind Global Macro Fund will have the option of converting 25 percent of the outstanding face value into shares of Boxlight Class A common stock.”

Unfortunately, the key terms of the “investment” disclosed in the company’s 8-K filing with the SEC reveal an unfavorable, potentially toxic convertible note transaction, which, under certain circumstances, heavily incentivizes the lender to short the company’s shares ahead of monthly installment dates.

Given the company’s stated intent to use the cash proceeds for “future acquisition opportunities“, Boxlight will almost certainly opt for repaying the convertible note in discounted shares as it has already done on several occasions in the past, thus incentivizing Lind Partners to short its shares ahead of monthly installment dates.

Given these issues, investors better hope for the upcoming acquisition(s) to fit management’s above stated criteria of being immediately accretive, generating significant revenues, producing positive earnings, and exhibiting substantial growth potential as otherwise likely short sales by Lind Partners ahead of monthly installment dates could exercise substantial pressure on the company’s share price.

Assuming an average repayment price of $1.55 per share, outstanding shares would increase by almost 30% to approximately 65 million which does not account for any shares issued in conjunction with potential future acquisitions.

So far, Boxlight’s roll-up strategy has failed to impress, with recent results far below management’s expectations and revenues apparently on the decline for a second consecutive year. In addition, cash usage has increased substantially in recent quarters.

Apparently, the company is gearing up for another acquisition which should better live up to management’s above discussed promises as otherwise Boxlight’s share price might experience substantial pressure from Lind Partners maximizing their returns under Tuesday’s convertible note purchase agreement by shorting the company’s shares ahead of monthly installment dates.