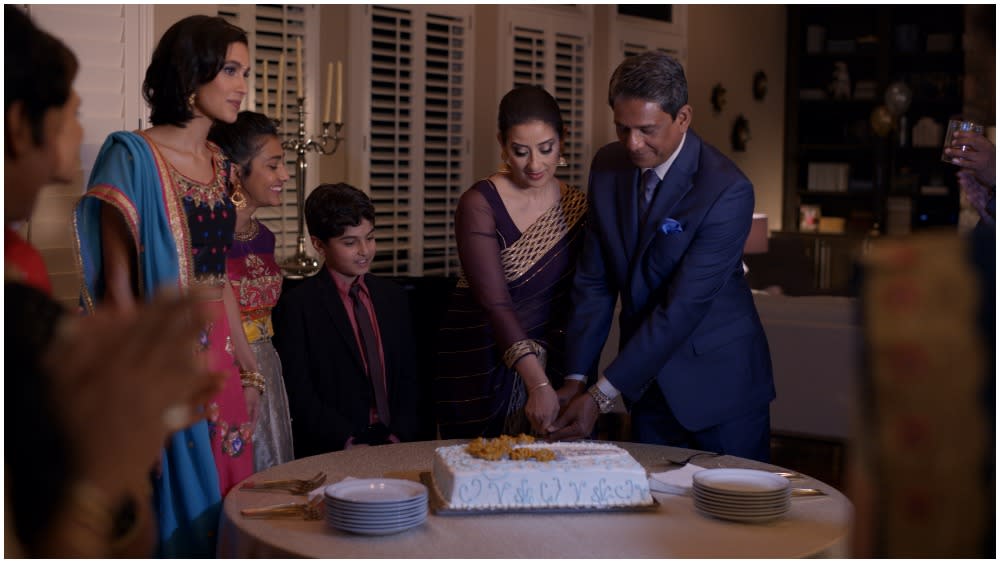 The film is directed by Geeta Malik (“Troublemaker”) and is based on her own script “Dinner With Friends” that won the 2016 Academy Nicholl Fellowships in screenwriting. The film follows a young woman who, after her first year at college, returns to her affluent suburban New Jersey home for the summer and discovers distressing secrets about her seemingly picture-perfect Indian American family.

“We don’t often see movies about the duality of identifying strongly with both Indian and American traditions, and not having to choose between them,” Malik said. “And I didn’t want to make a movie specifically about any sort of culture clash. Every generation, no matter what their background, has to find a way to both break free from and embrace their history. That’s what this film is about and it is set in the world I know best.”

“It feels like a debut,” said Koirala who is a 90-film veteran. “I’ve spent a good deal of time in America but I haven’t worked here before. I was afraid people might have trouble understanding me or that my accent might be unsettling. But Geeta was always so encouraging.”

Koirala’s presence was an incentive for her co-stars. “The way she commands respect is phenomenal,” Ali said. “Her character is such a dynamic, strong person, but she has been stripped of all of her power and thinks she has to live this way for her family to be happy.”

“She is a very respected actor in India and I thought it would be wonderful to work with her,” Hussain said. “Though my part is important to the story, it’s not the pivotal part. I liked that idea because so often in films the women are more peripheral. That’s reversed here.”

SK Global co-CEOs Penotti and Charlie Corwin said, “Geeta’s topical, entertaining, and very touching story has universal appeal and is precisely the type of culturally diverse premium global content that SK Global has committed to finance and produce for the world marketplace.”

“Geeta is exactly the type of storyteller we at Madison Wells are proud to support; a strong, authentic, female voice,” said Gigi Pritzker. “Her story, an entertaining object lesson in living one’s own truth strikes a chord and is both funny and heartwarming and we are delighted to share it with audiences everywhere.”