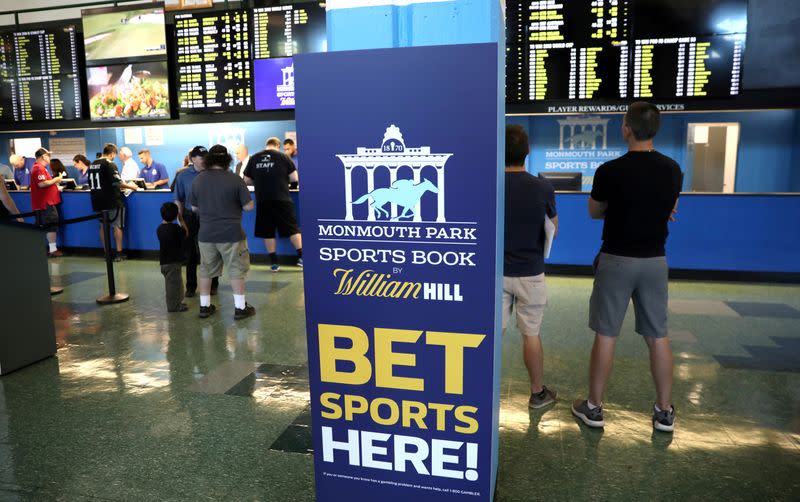 The U.S. group, owner of Las Vegas’s Caesars Palace, intends to sell William Hill’s non-U.S. operations, including more than 1,400 UK betting shops, and said it would integrate the U.S. business into Caesars with few, if any, job losses.

It could sell the UK assets to private equity group Apollo, sources told Reuters this week, and if that failed, launch an auction process.

Stifel analyst Bridie Barrett, meanwhile, said she viewed a tie-up between Caesars and 888 as increasingly likely in the medium term, but added the U.S. firm may not have the appetite for a deal for now.

Shares in William Hill, which already offers sports betting in Caesars casinos in the United States, hit a two-year high of 312 pence on Friday after the British company said it had received separate takeover offers from Caesars and Apollo.

With the board backing the deal with Caesars, market pricing now indicates investors expect the 272 pence per share takeover by the U.S. company to go through. William Hill shares were last down 0.15% at 273.85 pence.

The deal, which Caesars will partly fund via a $1.7 billion issue of new stock, is a move to take control of – and expand – the companies’ U.S. sports-betting joint venture, currently 80%-owned by William Hill.

Long the preserve of informal bookmakers, sports betting in the United States is growing rapidly after a landmark ruling in 2018 and gambling companies are reaching out for European expertise to back expansion.

In Britain, William Hill has closed more than 700 betting shops after new regulations limited the maximum stake on lucrative gaming machines. Its UK rivals include GVC, which owns the Ladbrokes brand, as well as Flutter Entertainment.

Jefferies analysts said the prospect of a bid battle with Apollo had faded due to the threat of Caesars terminating the joint venture if its deal failed. For the bid to go through, it needs 75% support from William Hill shareholders.

(Reporting by Tanishaa Nadkar in Bengaluru; Editing by Vinay Dwivedi and Mark Potter)