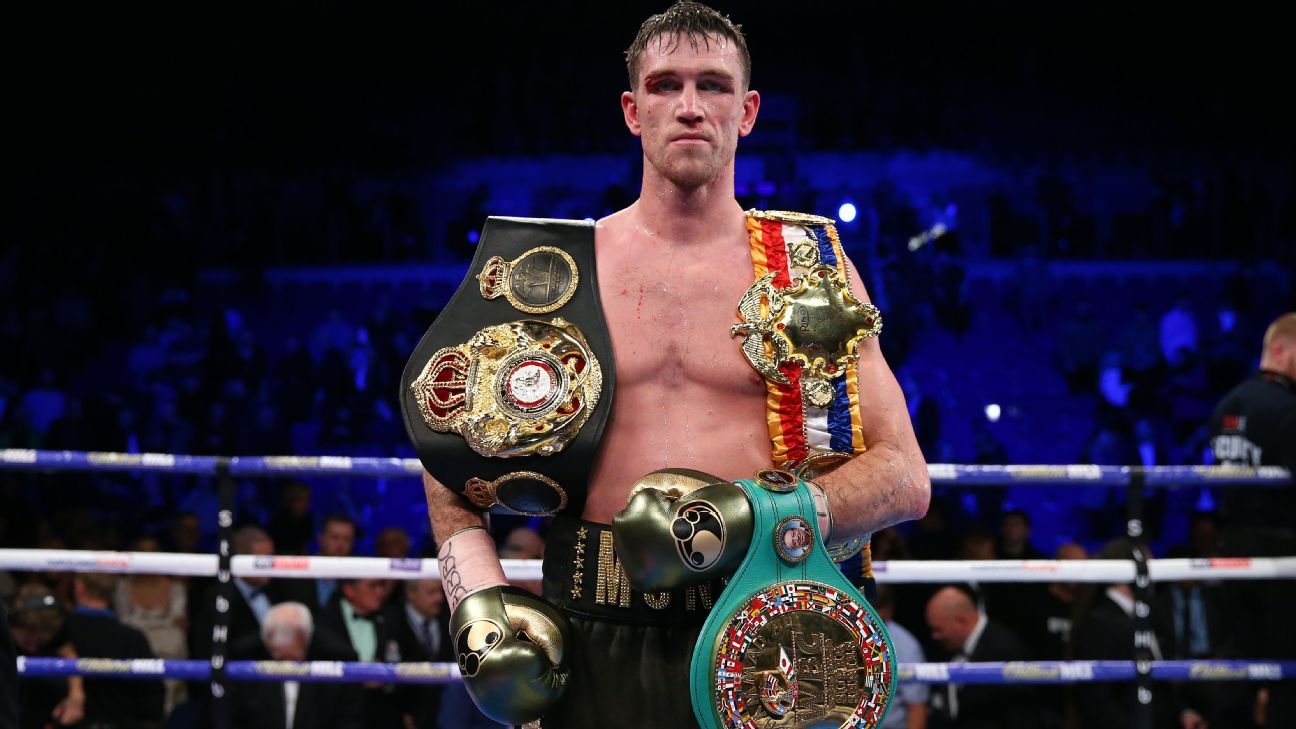 WBA world super-middleweight champion Callum Smith has said he hopes to fight before the end of 2020, even if it is not the mega money fight he wants.

Smith (27-0, 19 KOs), 30, from Liverpool, England, is still waiting on news of when he will fight again after last boxing in November and has been linked to a fight with Mexican Saul “Canelo” Alvarez.

“There is no news at the minute, I’m in regular contact with [promoter] Eddie Hearn and we’re trying to get something sorted for the end of the year,” Smith told ESPN.

“We thought we would have crowds back by now which is why we have waited this long without fighting. All the fighters that were waiting for crowds to return will have to just get on with it now, we can’t afford to wait anymore because we might have to wait ages for crowds.

“It’s been frustrating but it’s not just me that’s been affected, all boxers have and people from different walks of life, so you can’t think you are the victim.”

Boxing without crowds means reduced wages, and reports suggest crowds at sports events in the UK might not happen until April.

“It will be less money and that’s why some fighters were holding out and hoping to get some money with crowds,” Smith said.

“The money will not be what it should be, but otherwise you won’t fight. Whether it’s behind closed doors or not it I want to fight, I can’t be out for 18 months. I’m in my prime, my best years and am world champion so I don’t want to spend this time on the sidelines. I want to get my career back on track.

“I would like to think it would be a title, but I doubt it will be a unification fight because the money is not there for it. A lot of closed doors fights have also been domestic because of travel restrictions and quarantines from different countries. It’s complicated times, but promoters are doing their best.

“I don’t know about Canelo right now, I wrote it off completely with the court case but now they have come to some sort of arrangement I don’t know again. I’ve been here before with Canelo for dates in May and September. I don’t care who I fight net as long as I fight someone. Hopefully 2021 is the year the big fights can happen.”

For some, the lay-off caused by the coronavirus pandemic could be a knockout blow to their careers.

“My brother Stephen [who challenged Jose Pedraza and Jason Sosa for the IBF and WBA world junior lightweight titles in 2016 respectively] is 35 and he was going to have one last crack at it before the pandemic. He had another 12 months, now he’s got a decision to make,” Smith added.

“I would be surprised if he fights again because it has killed all the momentum he built up after not boxing for 18 months [December 2017 to May 2019]. There will be others in the same boat, they can’t afford to have a year out at this stage of their careers.”