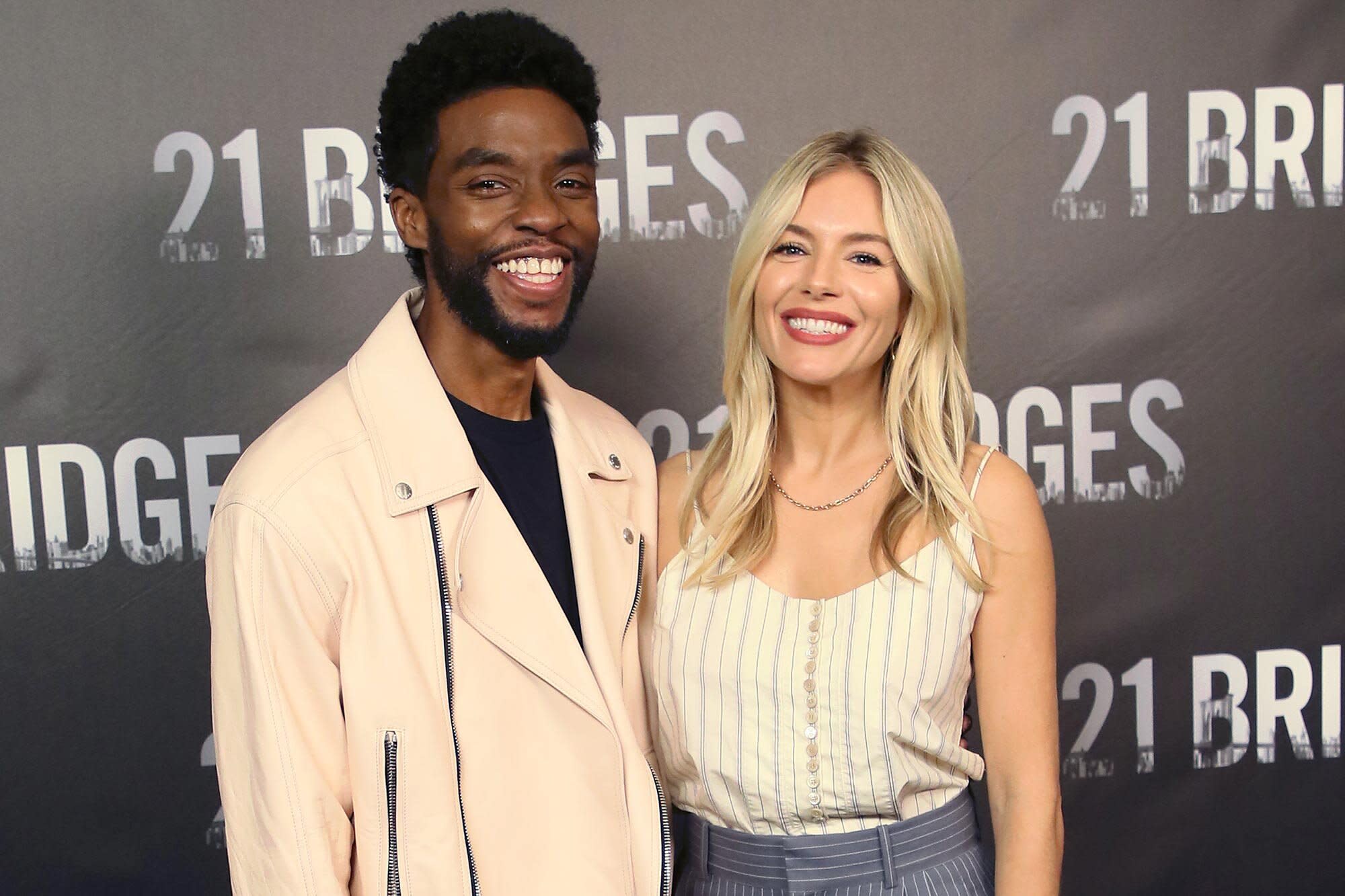 Chadwick Boseman gave up part of his salary from starring and producing 2019’s 21 Bridges to secure Sienna Miller’s participation. Miller is telling the story for the first time because she says “it’s a testament to who he was.”

Miller played narcotics detective Frankie Burns in the action thriller following NYPD officer Andre Davis (Boseman) as he unravels a mysterious case possibly involving several high stakes players. The cards were stacked against him but he persevered in his search for justice and ensured the bad guys were caught.

Boseman died after a very private battle with colon cancer on Aug. 28 at the age of 43.

“I didn’t know whether or not to tell this story, and I haven’t yet. But I am going to tell it because I think it’s a testament to who he was,” the actress told Empire in a new interview. “This was a pretty big-budget film, and I know that everybody understands about the pay disparity in Hollywood, but I asked for a number that the studio wouldn’t get to. And because I was hesitant to go back to work and my daughter was starting school and it was an inconvenient time, I said, ‘I’ll do it if I’m compensated in the right way.’ And Chadwick ended up donating some of his salary to get me to the number that I had asked for. He said that that was what I deserved to be paid.”

Miller expressed her gratitude for the thoughtful gesture and what it meant to her, a longtime actress who has worked in over three dozen film and TV projects across her career.

“It was about the most astounding thing that I’ve experienced,” she said. “That kind of thing just doesn’t happen. He said, ‘You’re getting paid what you deserve, and what you’re worth.’ It’s just unfathomable to imagine another man in that town behaving that graciously or respectfully. In the aftermath of this, I’ve told other male actor friends of mine that story and they all go very very quiet and go home and probably have to sit and think about things for a while. But there was no showiness, it was, ‘Of course I’ll get you to that number because that’s what you should be paid.’”