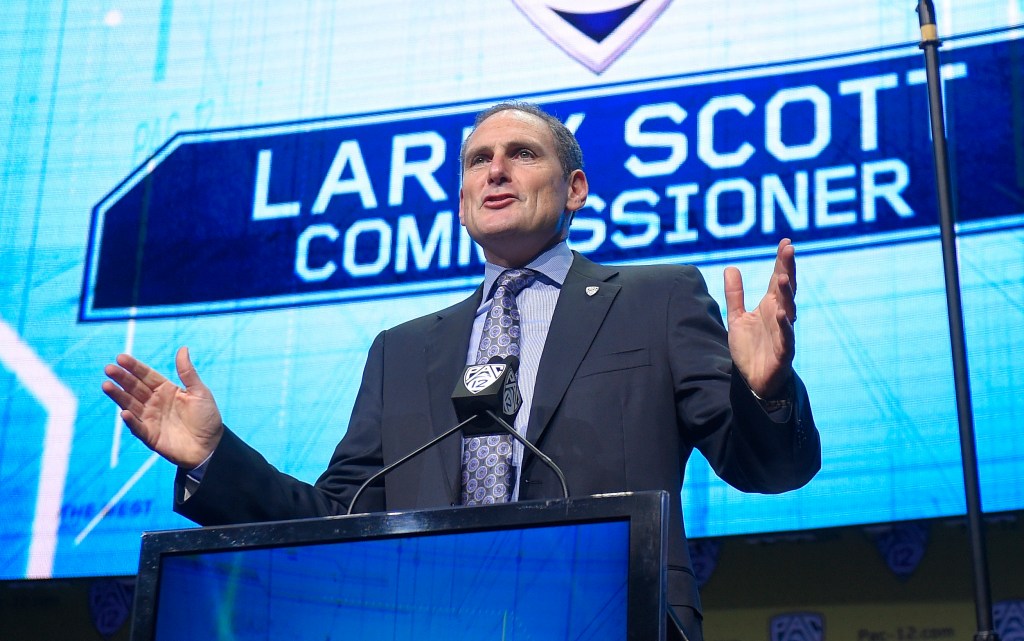 Rule No. 1: When a college president or athletic director says, explicitly, it’s not about the money, it’s about the dang money.

Oregon and Wisconsin nabbed $4 million apiece for the Pac-12 and Big Ten last winter for reaching the Rose Bowl. The participants in the College Football Playoff’s semifinals each took home $6 million.

According to the Mercury News’ Jon Wilner, Fox and ESPN had already plopped down $276.4 million for the Pac-12’s Tier 1 media rights across the 2020-21 school year, a payout of $23 million per institution.

Meanwhile, Boulder County is the new COVID capital of the Front Range. The entire CU campus is effectively locked down, its undergrads barred from gatherings of any kind, let alone a football practice.

“This has nothing to do with money,” Schill, Oregon’s president, said on a media conference call Thursday celebrating the Pac-12’s decision to play an abbreviated fall 2020 football slate. “It was never once mentioned as a consideration.

“The amount of money that will be saved as a result of going back to play is tiny in comparison with the losses.”

Let’s see … $114 million, divided by 12 … so let’s ballpark it at roughly $9.5 million doled out to the Buffs and their peers just for having a league that’s eligible to participate in the postseason, even if nobody in that league sniffs a playoff berth. For a bunch of smart guys, how dumb do they think we are?

“I think that the hypocrisy only tells you how important money is inside college athletics,” former Buffs football standout and Olympian Jeremy Bloom countered. “Because there’s only one reason that universities would allow one group of students to stay on campus and the others not to. It’s not because they like that group more than the others, or that this group is better suited to fight the disease. It’s that this group brings money for the conference, for the schools, for the whole system.”

Look, we get it. We don’t respect it. But we get it. You can test for the virus like the pros now. The SEC, Big 12 and ACC called your bluff and let the trolls take the wheel. The Big Ten chickened out. Wherever Butch goes, Sundance follows. You were already stuck on an island before the coronavirus rolled in, like a tsunami, and blew out what was left of the bridges.

But don’t con us, jack. If money wasn’t mentioned as a consideration by the Pac-12 CEOs, that’s because it was already understood.

“I have a high school kid (at home) who wants to be playing soccer right now,” said CU professor Roger Pielke, founder of the Buffs’ Sports Governance Center. “I get the parents’ (concerns). College sports is a little 5-year window for these young adults. But at the same time, it’s not on the parents. It’s not on the players. It’s on the universities that have created an institutional construct that COVID has completely revealed to be a hypocrisy.

“… Embarrassing doesn’t even cover it. It’s a fundamental betrayal of the purpose of the modern research university.”

Blasphemer! This is America! Are we going to let a few side effects stand between Brian Bosworth and speaking parts?

“My good friend (and Big 12 commissioner) Bob Bowlsby and others will say this is about opportunities,” chuckled David Ridpath, a professor of sports management at Ohio University and a CSU alum. “This was purely a financial decision.

“And any declaration that college sports is about amateurism, playing for the love of the game, certainly at the Division I level, is out the window. It’s almost ludicrous to argue those things anymore.”

Which is fine by Bloom, the Loveland native who famously took the NCAA to court after the organization declared him ineligible to continue playing football at CU because of his skiing sponsorship money.

“I think amateurism as we know it is over,” Bloom said. “I think that page has already been turned a little bit more every day … I think that’s great for college athletics.

If pushing the boat into the oncoming storm means the death of a myth, more power to Schill. More power to the Buffs. So long as that’s the only thing it kills.