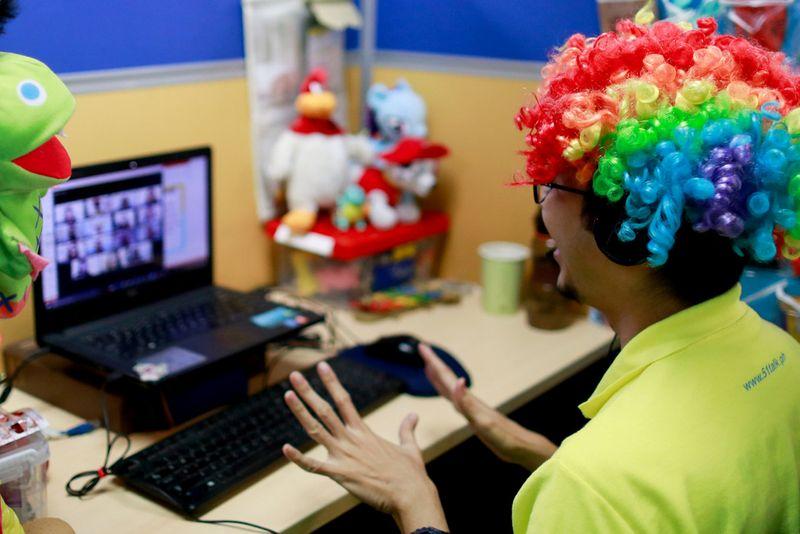 SINGAPORE/MANILA (Reuters) – Philippines’ Converge ICT Solutions Inc is targeting the country’s biggest initial public offering (IPO) after setting price terms to raise as much as $680 million, sources said, amid a boom in demand for fibre broadband during the pandemic.

Converge, which is banking on higher internet demand for e-learning and working from home during the pandemic continuing, joins other companies in Malaysia and Thailand planning listings this month, signalling a revival in investor interest in Southeast Asia’s underperforming markets.

At the upper end, it could raise as much as 32.87 billion pesos ($678.6 million), including the over-subscription option.

The country’s biggest IPO up to now was Robinsons Retail Holdings Inc RRHI.PS, which raised $627 million in 2013.

“There’s quite a lot of excitement as this is one of the highest growth stories coming out of the Philippines,” said one source. The sources declined to be identified as they were not authorised to speak to media.

Seven cornerstone investors that had committed to buy shares include a Canadian pension fund, the sources said.

Morgan Stanley and UBS are global coordinators, while BPI Capital and BDO Capital are the joint local underwriters.

“Converge is in an industry that continues to grow by leaps and bounds in the pandemic,” April Lee Tan, research head at brokerage COL Financial in Manila, told ANC news network on Monday.

The Philippines’ bourse regulator on Friday approved Converge’s IPO. The final price will be announced on Oct. 9, while the offer period for up to 1.73 billion shares will run from Oct. 13 to 19. [L4N2GS1GF]

Converge has 750,000 residential customers mostly in and around the capital Manila. It lists U.S. private equity firm Warburg Pincus as a minority shareholder.

Reporting by Anshuman Daga in Singapore and Neil Jerome Morales in Manila; Editing by Ed Davies