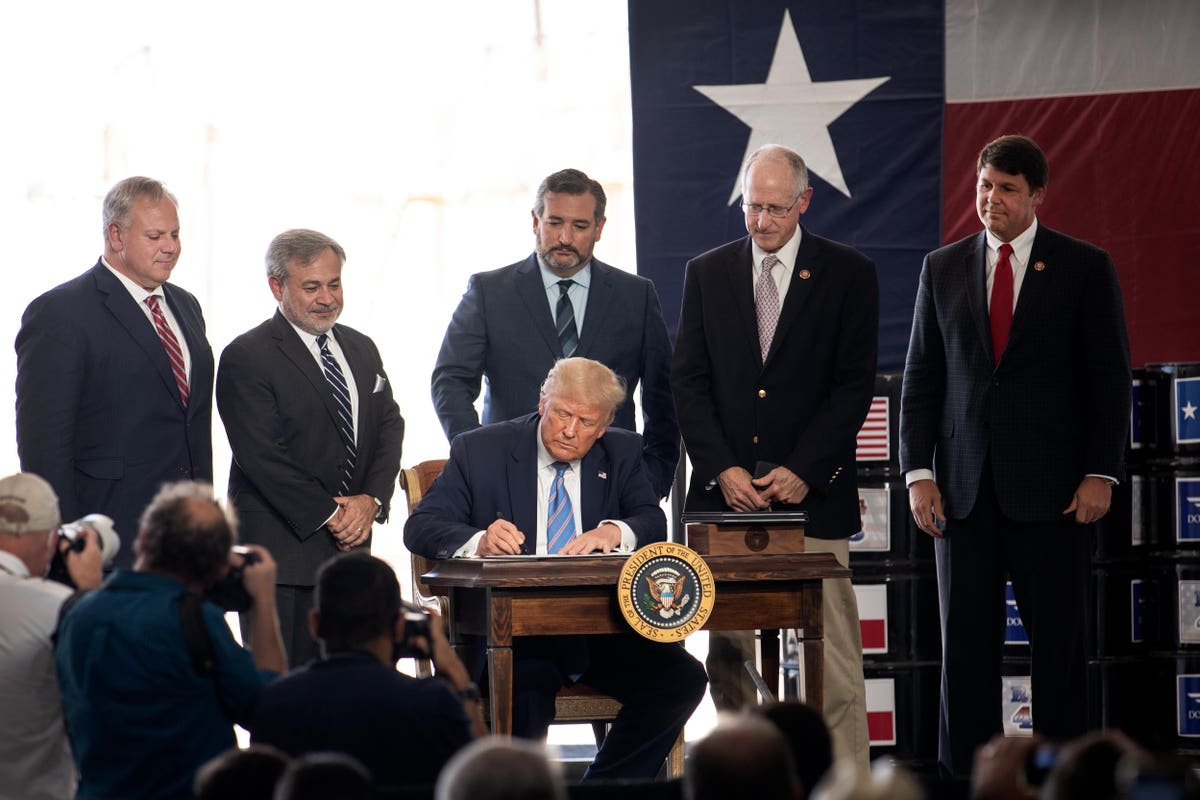 As the presidential election approaches, I am increasingly seeing claims that President Trump put the U.S. back on top as the world’s leading oil producer. So, let’s take a closer look.

Here is a 2013 article from the Daily Mail announcing the U.S. as the world’s top oil producer:

U.S. has overtaken Saudi Arabia to become the world’s biggest oil producer on jump in output from shale

You can find plenty of articles from 2013 and 2014 announcing that the U.S. had regained the position as the world’s top oil producer. So what is the basis for making the claim that President Trump put the U.S. back on top? Allow me to explain.

To support this claim, someone linked me this article from the Energy Information Administration (EIA). That article contains a graphic that seems to show that the U.S. was approaching the top spot for petroleum in the 2013-2015 time frame (before the oil price crash), but not actually achieving that distinction until 2018.

That would seem to support the claim, but there are two things to note here about that graphic. First, the graphic isn’t reporting barrels of petroleum. It is reporting energy content. When we talk about how much oil Saudi Arabia produces, we talk about barrels. Nobody says that Saudi Arabia produces 25 quadrillion British thermal units of petroleum.

Second, it is important to note how petroleum is being defined. Crude oil is one category of petroleum. Another is “condensate.” This refers to light liquid hydrocarbons that are recovered from natural gas that is often associated with the oil production. These liquids are mostly pentane and heavier hydrocarbons, and they are added to crude oil at some stage of processing (which could be the refining stage).

The final category is “natural gas liquids”, or NGLs. These are lighter hydrocarbons in natural gas that are separated as liquids at natural gas processing plants. Natural gas liquids include ethane, propane, normal butane, and isobutane. Some fraction of NGLs end up being refined with crude oil and blended into finished products like gasoline.

The footnote in the graphic above indicates they are including all of these categories in the definition of petroleum. But condensate and NGLs have lower energy content than crude oil. Thus, comparing Saudi Arabia, the U.S., and Russia on the basis of energy instead of barrels gives a different answer, because Saudi Arabia and Russia produce significantly less NGLs than the U.S.

If you look at U.S. production in terms of barrels, in 2015 the U.S. produced 9.4 million barrels per day (BPD) of crude oil, versus Russia’s 10.8 million barrels and Saudi Arabia’s 10.4 million barrels. But the U.S. also produced 3.3 million BPD of NGLs in 2015, versus 249,000 BPD for Russia and 1.6 million BPD for Saudi Arabia. Thus, in terms of barrels of what the EIA defines as petroleum above, the U.S. was already in first place in 2015. In fact, we had achieved that distinction some time in 2013 as the Daily Mail article suggested.

Who then is responsible for what was — at least before the Covid-19 pandemic — the highest oil and natural gas production in U.S. history? President Obama? President Bush? President Trump?

None of the above. The person most responsible is the late George Mitchell, who is generally considering the “Father of Fracking.” It was hydraulic fracturing that enabled the enormous growth rates of oil and natural gas production over the past 15 years.

Different presidents would have passed different policies that could make some small impact on overall production, but those would have been dwarfed by the impact due to fracking. Giving credit to any president misses the most fundamental underlying reason for the gains in U.S. oil and natural gas production.