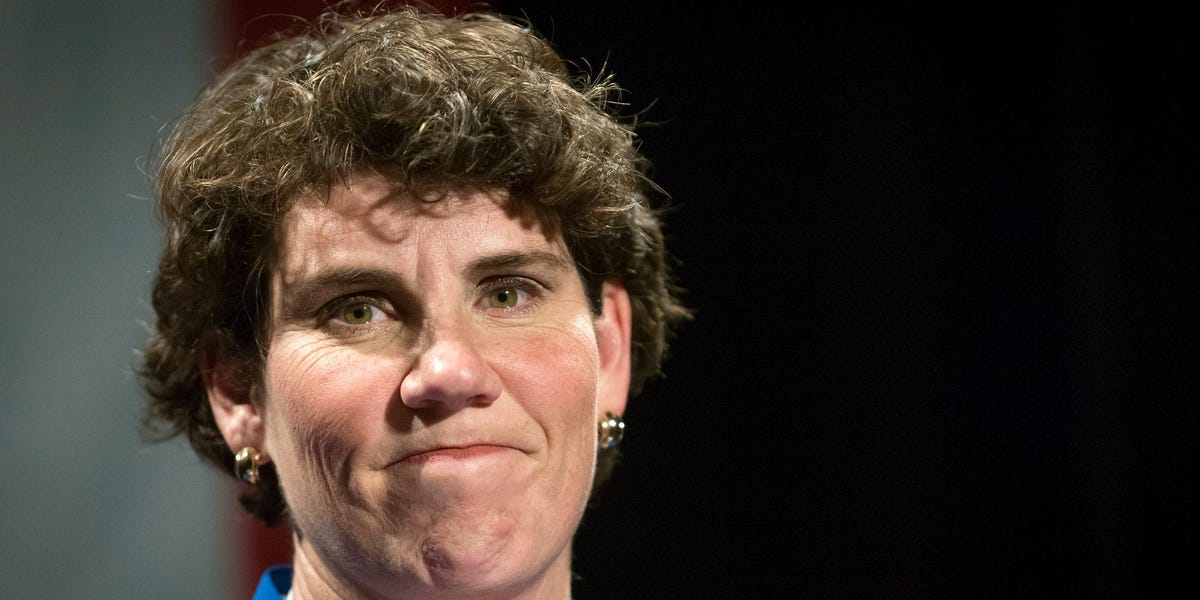 In a rush following Justice Ruth Bader Ginsburg’s death, Democratic candidates and groups across the country raised more than $100 million to boost their chances in November.

Much of the rush of funds was motivated by anger against Senate Majority Leader McConnell’s announcement that he will hold a vote on President Trump’s nominee to replace Ginsburg, despite the fact that there are only a few weeks between now and the election. The move was a reversal of McConnell’s stance when he refused to confirm President Obama’s Court nominee in 2016 because the election was too close.

Enraged at McConnell, some Democrats advocated for giving more money to his opponent: former Marine pilot Amy McGrath. As a Kentuckian, and a progressive, I share the desire to push back against McConnell. But there are better ways to prevent him from being Majority Leader come January than pouring tens of millions of dollars into McGrath’s campaign — which is almost certainly doomed to fail.

A huge war chest, but not built in Kentucky

In recent weeks, like many other registered Democrats in Kentucky, I received multiple phone calls, text messages, and postcards from the McGrath campaign and those supporting her. As someone that has phone banked in the past, and plans to vote for her, I wasn’t annoyed by the calls, but I was surprised where they were coming from. Area codes from New York, Connecticut, and California, rather than Kentucky. This is part of a pattern.

McGrath has raised a record-breaking $46 million (and counting) for her senatorial campaign, but more than 95% of that money is not from the Bluegrass State. The Center for Responsive Politics has found that McGrath raised more money from the New York City, Los Angeles, DC, and Boston metro areas individually than from the state that she’s running in.

To be clear: this isn’t disqualifying. Her opponent, Republican six-term incumbent, Senate Majority Leader Mitch McConnell, has similarly raised more than 90% of his campaign funds from out of state. Both campaigns recently reported having more than $16 million cash on hand. And in a state with cheap media markets, neither one needs much more for the remaining five weeks between now and the election.

Ironically, by throwing insane amounts of money into her campaign, national Democrats have actually made it more difficult for McGrath to win. In one of the reddest states in the country, her best shot at succeeding is by winning over conservatives. This would require her saying things that are not popular with Democrats in California, New York, and other blue states.

For example, McGrath announcing her support for the Kavanaugh nomination was probably a savvy political decision. But within 36 hours, national forces pressured her to reverse course. If her donors from out of state actually wanted to beat McConnell, they needed to give McGrath more wiggle room to reflect the political landscape of Kentucky.

In 2016, Trump won 62.5% of the vote in Kentucky.  The state leaned almost 32 points more Republican than the nation. So even if Joe Biden won the election in a landslide this November, winning by 10%, for example, Kentucky would be still expected to vote by Trump with a margin greater than 20 points. Therefore, for McGrath to win, even with a Biden wave, she would need roughly one in every six Trump voters to cast their ballot for her

Today, there are only 11 senators that represent a state (including independents that caucus with Democrats) that their respective party did not win in the 2016 Presidential election. And that number looks bound to drop even further in 2020.

No state that voted for Donald Trump in 2016 sent a Democrat to the US Senate; the same is true in states that Hillary Clinton won. This hasn’t always been the case (as recently as 2000, the ticket splitting rate was closer to 30%). But in today’s hyper-polarized climate, the likelihood of McGrath being able to win a Senate seat in Kentucky, as Trump carries the state by 20 points, is next to none. According to data site FiveThirtyEight’s latest forecast, McGrath has just a 4% shot to beat McConnell in November.

But even without preventing McConnell’s reelection, there is hope for ending his tenure as Majority Leader. In fact, the Cook Political Report currently ranks at least 10 Republican US Senate elections as more competitive than Kentucky’s (Democrats only need to net gain 4 seats in order to take a majority in the chamber).

And unlike McGrath, many of these nominees are not flush with money. For example, in Georgia, where there are two competitive Senate races, the Democratic candidates (Ossoff and Warnock) combined have raised only about a quarter of McGrath’s haul.

Kentuckians, in all likelihood, will need to wait a long time to be represented by a Democrat in the US Senate. But there is no reason for Kentuckians to suffer another two years of a Republican Senate majority that will either enable President Trump or obstruct a President Biden. Democrats cannot afford to misallocate resources this fall and botch their chance at capturing the chamber. I say this as a Kentuckian: please stop giving money to Amy McGrath.

Zachariah Sippy is a student from Lexington, Kentucky. He studies political history and legal philosophy, as an undergraduate at Princeton University. He is currently taking a leave of absence between his sophomore and junior years. He works as an analyst for the Princeton Election Consortium. He also served as the Editorial Chair for The Daily Princetonian.