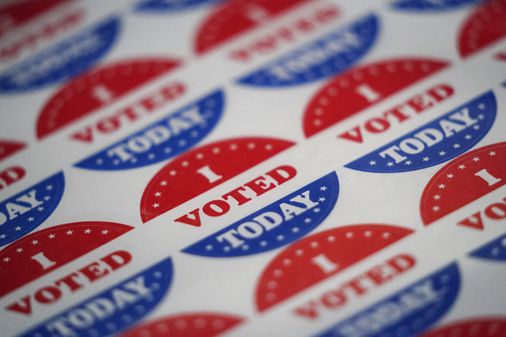 ICYMI: Rhode Island was up to 25,076 confirmed coronavirus cases on Friday, after adding 133 new cases. The test-positive rate was 1.4 percent. The state announced one new death, bringing the total to 1,118. There were 96 people in the hospital, seven in intensive care, and seven were on ventilators.

Will President Trump win Johnston? Can Barbara Ann Fenton-Fung unseat House Speaker Nicholas Mattiello? Who’s going to be the next mayor of Cranston?

With the general election just four weeks away, we’re giving you the chance to pick the winners of 61 races and one statewide ballot question, including the race for president, every mayoral matchup, and all of the contested seats in the General Assembly.

You can fill out an entry by clicking here.

We ended up with nearly 800 submissions for the primary contest, so our goal is top 1,000 entries this time around. The top 10 finishers will get a Rhode Map tote bag, and to up the ante a little bit, first place gets a $100 gift card to Frog & Toad, second place gets a $50 gift card, and third place gets a $25 gift card.

Feel free to vote early and often. And make sure you encourage your friends to fill out the form as well.

THE GLOBE IN RHODE ISLAND

⚓ Speaker Mattiello isn’t the one on trial this week, but Ed Fitzpatrick writes that his political future might be at stake depending on how political operative Jeff Britt’s case shakes out.

⚓ Amanda Milkovits reports that a new study shows health care costs increase up to 20-fold in the first six months after a gunshot injury versus the six months before.

⚓ This week’s Ocean State Innovators Q&A is with Rebecca L. Twitchell, president and founder of half full, a Providence consulting firm that helps corporate teams and individuals strengthen business and personal development plans. Have someone Ed should talk to for this weekly interview? E-mail him at [email protected]

⚓ LaSalle Academy graduate and US Senator Pat Toomey of Pennsylvania plans to retire in 2022.

⚓ Erika Niedowski, a former Associated Press reporter in Rhode Island, lover of hoodies, and thrower of great parties, died Friday after a brief illness. She was 46. Erika helped the Globe’s Rhode Island team with a series of op-eds on climate change last year, including this one on our reliance on fossil fuels.

⚓ Health: Hospitals across the region are preparing for a long winter as coronavirus cases surge.

⚓ College: How do you make new friends in college when you’re mostly isolated? Insta, of course.

⚓ Obit: My colleague Bryan Marquard has a lovely tribute to Constance Hall Buchanan, who received a master’s degree from Brown University and became a pioneering leader of women’s studies in religion at Harvard.

Each day, Rhode Map offers a cheat sheet breaking down what’s happening in Rhode Island. Have an idea? E-mail us at [email protected].

⚓ The money laundering trial of political operative Jeff Britt begins this morning. You can listen to it here.

⚓ Chuck Rocha, who worked as a senior advisor on US Senator Bernie Sanders’ campaign for president, will participate in a virtual discussion at Brown University at noon.

⚓ Channel 12 will get a massive ratings boost tonight as the Patriots take on the Chiefs at 7 p.m.

⚓ Do you ❤️ Rhode Map? Your subscription is what makes it possible. We’ve got a great offer here.

Thanks for reading. Send comments and suggestions to [email protected], or follow me on Twitter @DanMcGowan. See you tomorrow.

Please tell your friends about Rhode Map! They can sign up here. The Globe has other e-mail newsletters on topics ranging from breaking news alerts to sports, politics, business, and entertainment — check them out.