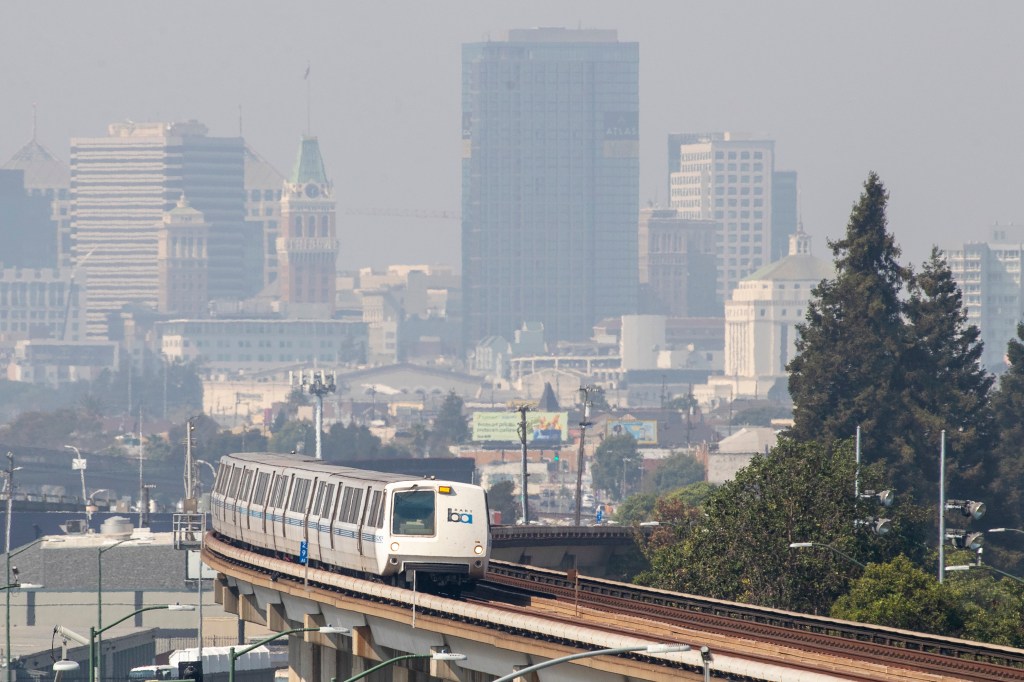 SAN FRANCISCO — Federal prosecutors have asked for a “year of imprisonment” for a 78-year-old attorney and former California legislator convicted of laundering $685,000 meant for the construction of coffee shops at BART stations, court records show.

Terry Goggin, a San Bernardino-based legislator during the 1970s and 80s, is awaiting sentencing after pleading guilty to money laundering in a deal with federal prosecutors. His attorneys, citing Goggin’s age, heart problems, and the COVID-19 pandemic, have asked for a federal judge to sentence Goggin to home confinement and probation in lieu of jail.

But, citing the need to deter other white-collar criminals, prosecutors are holding the line on a jail or prison sentence for the former politician. The U.S. Attorney’s recommendation, 12 months and one day, is three months less than the term of incarceration recommended by U.S. Probation.

“While this risk is real, the government believes that it can be mitigated by a shorter custodial term, particularly because the Bureau of Prisons has greatly increased its knowledge and experience regarding how to prevent the transmission of COVID-19 since the pandemic began in the United States six months ago,” assistant U.S. Attorney Katherine Lloyd-Lovett wrote in a sentencing memo.

There have been nearly 127,000 documented COVID-19 cases in the federal prison system, and 124 people have died in federal custody. Of those, 24 have occurred since late July when the Bureau of Prisons experienced its 100th virus-related fatality.

In a sentencing memo, Goggin’s attorney wrote that being a convicted felon and other consequences, like “loss of his law license, and public shame and embarrassment,” were deterrent enough.

“All of the privileges Mr. Goggin enjoyed in his life as an educated urban white man have vanished by his own hands. He had hoped his legacy would be that of a successful politician, attorney and developer,” assistant federal public defender Hanni Fakhoury wrote in a sentencing memo. “Instead, he appears at sentencing a broke, disgraced and disbarred convicted felon.”

Goggin was set to be sentenced this week, but the hearing was delayed “in light of Goggin’s age and health conditions,” according to a minute order. In the meantime, attorneys on both sides have been asked to submit new filings discussing “risk factors associated with incarceration in the Santa Rita Jail and the Bureau of Prison facilities where (Goggin) may be housed.”

The charge relates to the Metropolitan Coffee and Concession Company, which Goggin founded. Prosecutors say he received $685,000 in investments to build Peets Coffee shops at the Civic Center and Balboa Park BART stations. Instead, he used the money to fund his “personal life in New York City,” including cash withdrawals, trips to Thailand, and cab fares.

“Even worse, Mr. Goggin traded on his position of respect in the community to secure these and other investments, touting his prior service as a California State Assembly Member and his resulting political connections to induce investors to trust and rely on his word,” Lloyd-Lovett wrote. “His subsequent misconduct understandably left his victims feeling deceived and cheated, and those victims also suffered large financial losses that will likely never be repaid by Mr. Goggin.”

Goggin, a Democrat, launched a failed Congressional bid in the early 1970s but was elected to the state Legislature in 1974 and served until he lost a re-election race a decade later. In 1981, his political ally at the time, then-Speaker Willie Brown, appointed Goggin to the Criminal Justice Committee, his third and final stint as a committee chairman.