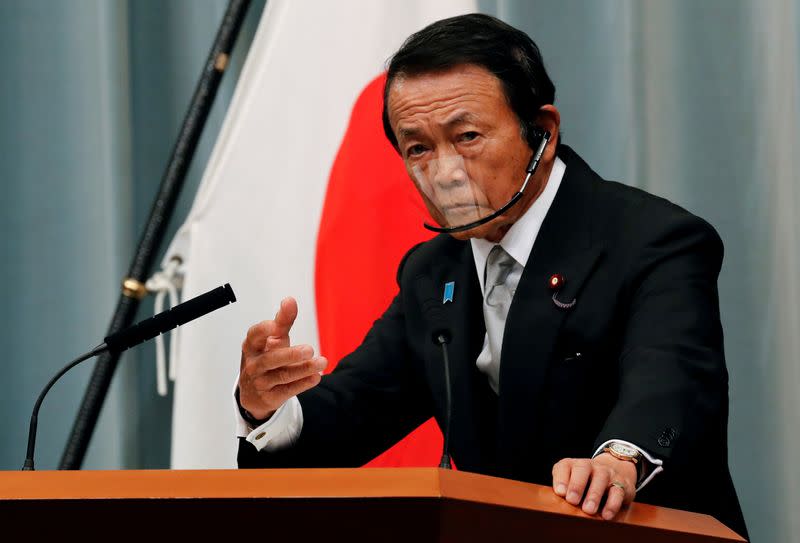 WASHINGTON/TOKYO/PARIS (Reuters) – G7 finance ministers on Friday backed an extension of a G20 temporary freeze in debt payments and recognized the need for broad debt relief in the future, while taking aim at G20 member China over a lack of transparency in its lending.

The G20 Debt Service Suspension Initiative (DSSI), approved in April, is aimed at helping developing countries get through the fallout from the coronavirus pandemic. So far, it has helped 43 countries defer $5 billion in official debt service payments.

However, in a joint statement, the G7 ministers said they “strongly regret” moves by some countries to skip full participation in the DSSI by classifying their state-owned institutions as commercial lenders.

While the statement did not mention China specifically, G7 officials said the message was clearly aimed at Beijing, which has failed to include loans by state-owned China Development Bank and other government-controlled entities in its official debt totals when dealing with countries seeking debt relief.

“China’s participation in DSSI is totally insufficient,” Japanese Finance Minister Taro Aso told reporters after a G7 teleconference. “I told (the) G7 that we must apply further pressure on China, that DSSI needs to be extended beyond this year-end deadline, and that we must ensure burdens will be shared fairly by all creditors.”

Restrictions enacted to combat the coronavirus pandemic, which has infected nearly 32 million people worldwide, have hit poor countries especially hard and threaten to push over 100 million people into extreme poverty. The pandemic will force many countries that already faced crushing debt levels before the crisis to restructure their loans or face default.

G7 ministers acknowledged that some countries will need further relief beyond the current freeze in official bilateral debt payments, and urged the Group of 20 major economies and Paris Club creditors to agree on common terms for restructuring those debts by an Oct. 14 meeting of G20 finance ministers.

“This is not just a liquidity crisis, we need to tackle debt sustainability and go for debt cancellation,” said Iolanda Fresnillo at Eurodad, a network of 50 non-governmental organizations from 20 European countries. “By just postponing the payments you are not solving the problems these countries are facing.”

Friday’s statement reflects growing recognition that the program has fallen short of its targets. The savings made are far short of the $12 billion initially projected, with some 30 eligible countries choosing not to ask for forbearance for fear of harming their ability to borrow in the future.

The ministers said the initiative should be extended “in the context of a request for IMF financing,” a nod to the Fund’s strict conditions for global lending, and called for development of a new term sheet and memorandum of understanding to improve implementation of the G20 initiative.

That effort should focus on key features for debt treatment beyond the temporary freeze and “fair burden sharing among all creditors,” they said.

In addition, all claims classified as ‘commercial’ under DSSI would be treated as such in future debt treatments and for implementation of IMF policies, the ministers said, a policy that could leave China’s lending more exposed in the event of a future restructuring.

The ministers called again on private lenders to participate when requested, noting that their absence from the process has limited the potential benefits for several countries.

The G7 finance ministers’ backing for an extension will smooth the way for a decision by the larger G20, with a formal decision likely at their leaders’ summit in November.

(Reporting by Andrea Shalal in Washington, Tetsushi Kajimoto and Leika Kihara in Tokyo, and Leigh Thomas in Paris; Additional reporting by Takaya Yamaguchi in Tokyo and Marc Jones in London; Editing by Gerry Doyle and Rosalba O’Brien)