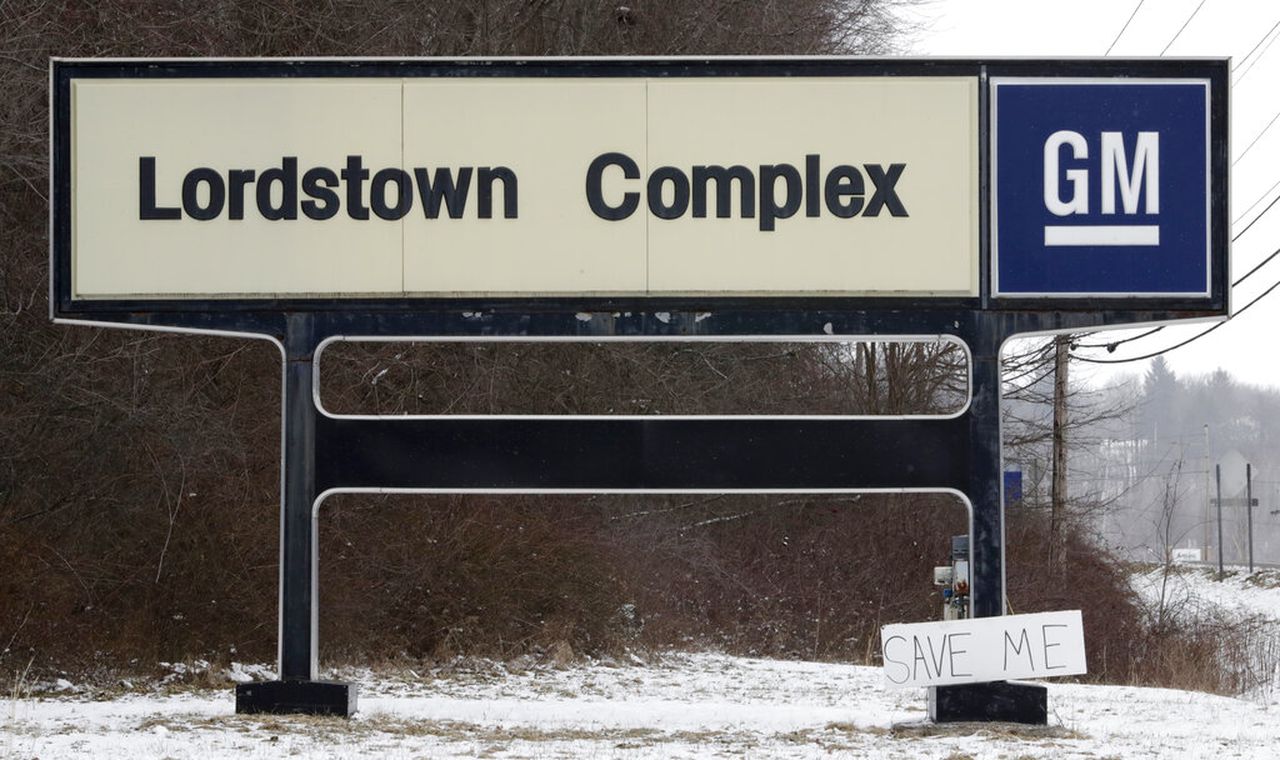 COLUMBUS, Ohio — Ohio officials have ordered General Motors to repay $28 million out of $60.3 million in state tax credits the company received, after officials officially determined on Monday that GM broke a deal to keep thousands of jobs at its now-shuttered assembly plant in Lordstown.

As part of the deal, announced Monday by the Ohio Tax Credit Authority, GM also agreed to invest $12 million in the Mahoning Valley area by the end of 2022, in the form of community infrastructure, jobs-training or other community programs. The company will not make up for the other $20.3 million in tax credits it received. The TCA took into account “market conditions and GM’s other operations in Ohio,” when setting the refund amount, according to Todd Walker, an agency spokesman.

The company had received the $60.3 million under the terms of a 2008 deal with state officials. In exchange, GM said it would retain 3,700 jobs there through 2028. The company in a separate deal agreed in 2010 to hire 200 additional workers at the Lordstown plant before 2010, keeping them there through 2037.

But after cutting back its workforce over two years, the company announced in November 2018 it would close the Lordstown plant, laying off 1,600 remaining workers. Lordstown used to build the Chevy Cruze, but the company has shifted its focus to building larger vehicles.

The following November, GM announced it had sold the Lordstown plant to an electric-vehicle start-up that is beginning to manufacture all-electric pickup trucks there. The company plans to eventually hire 400 workers for an initial run of the truck.

The following December, GM announced it and a South Korean company through a joint venture would build a new $2.3 billion plant nearby that will manufacture electric vehicle batteries. The new plant is under construction, and the companies say they plan to eventually hire 1,100 workers.

The Lordstown GM plant got widespread attention after President Donald Trump at a July 2017 rally in nearby Youngstown told workers not to sell their houses, promising manufacturing jobs would be coming back. Lordstown and the surrounding Mahoning Valley were a much-studied example of the type of blue-collar swing voters that helped elect Trump to the White House.

But then the company announced plants to close the plant the following year, sending economic shockwaves throughout the area.

Trump and Vice President Mike Pence since have touted the redevelopment plans in Lordstown, saying it’s an example of Trump keeping his promises, although the new plants will employ fewer workers than the old one once they’re complete.

“GM has been a major employer in the state of Ohio for decades, investing in both the economy and our workforce. While the decision to close the Lordstown plant was terrible news for workers and their families in the Mahoning Valley, today’s announcement will bring relief as well as investment by GM who has committed to investing $12 million in the local community for workforce, education, and infrastructure needs,” Gov. Mike DeWine, a Republican, said in a statement on Monday. “GM has also committed to returning $28 million to the state for the job creation and retention credits they were awarded. GM remains involved in auto production in Lordstown to produce batteries for electric vehicles which is also good news for the future of the automotive industry.”

GM appreciates that the state recognized the company’s “substantial manufacturing presence across the State of Ohio, including our significant investments in the Mahoning Valley,” said company spokesman Dan Flores.

The company has invested $3.3 billion in Ohio since 2009, according to Flores.

“We look forward to continuing to build our business relationship with the State of Ohio on issues that are important to the state of Ohio, GM and our operations,” Flores said.

GM has received other state incentives for its plants in Toledo and Defiance. The company is compliant with those agreements, according to state officials.

Ohio Attorney General Dave Yost, a Republican who has pushed for the state to claw back incentives from GM, said in a statement: “It’s good news to hear that GM will repay the financial incentives it was offered. Thanks to Governor DeWine and his team for staying on top of this business relationship and holding them accountable. I look forward to seeing the details and watching further business relations flourish in the state.”