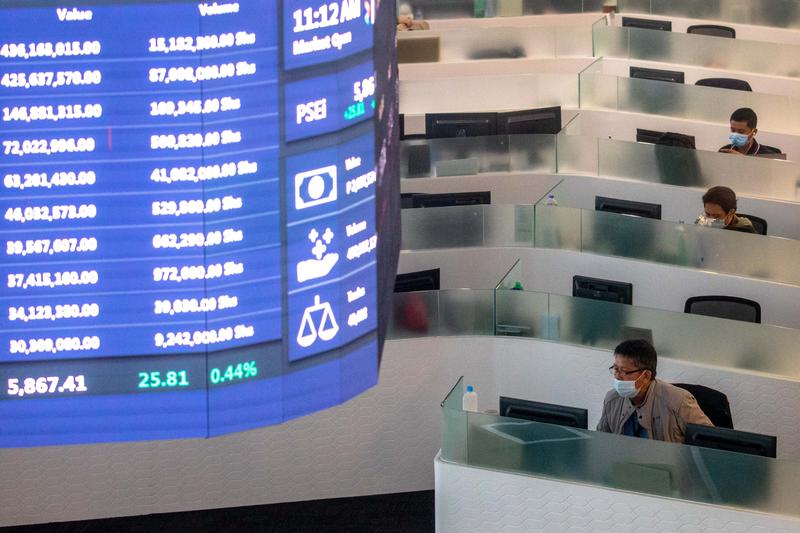 BENGALURU (Reuters) – Global funds recommended cutting equity allocations to the lowest since early 2010 and increasing bond holdings to their highest since then, according to a September Reuters poll which found a correction in world stocks before year-end was likely.

Volatility in equity markets resurged this month ahead of the November U.S. election and as the death toll from COVID-19 rose past 1 million – a bleak statistic in a pandemic that has devastated the global economy.

While U.S. stocks are set for their first monthly decline since March, the S&P 500 and Nasdaq are still on course for their best two-quarter winning streak since 2009 and 2000, respectively.

The Reuters Sept. 15-29 poll of 35 wealth managers and chief investment officers in the United States, Europe and Japan showed a cut in equity allocations to an average 42.7% of the model global portfolio, down from 43.1% in August.

At the start of the year, recommended global equity allocations were at an average 49.7%, the highest in nearly two years but have been cut gradually since. September’s was the lowest since comparable polling began in early 2010.

“The market remains at risk of a deeper correction, both because of the several macro and geopolitical risks – COVID-19, U.S. election, U.S.-China frictions – and the fragile structure of the market itself,” noted the investment team at Generali Investments Partners.

Over 70% of 21 funds who provided a view said a correction in world stock markets by end-year was likely.

“We are entering the autumn months which historically has been a period that can be gratifying or disagreeable with investors,” said Peter Lowman, chief investment officer at Investment Quorum in London.

“This year we have to contend with the possibility the second wave of COVID-19 is about to hit and because of the tremendous rally seen in the equity markets could leave them vulnerable to a nasty correction.”

Aggressive easing by major central banks since the financial crisis has reversed the more common split in model global portfolios of 60% or above on average for equity allocations and 30% or below for bonds.

Fund managers have steadily increased bond holdings which now form a majority of the split and account for more on average than equity allocations.

In September, bond holdings accounted for 44.7% of the suggested model global portfolio, the highest in over a decade of comparable polling data.

That comes despite negative real yields on sovereign bonds, a trend a separate Reuters survey showed was here to stay. [US/INT]

When asked where was the most opportunity, several fund managers said the prospect of more global monetary easing would be a net positive for equities.

But many said the resurgence of coronavirus cases was the top risk as the effectiveness of central banks is fading because yields are already very low.

“Markets are presenting some risks in the form of divergences highlighted by the post COVID-19 recovery phase,” said Pascal Blanqué, group chief investment officer at Amundi.

“The first and most important of these is the detachment of the market from economic reality due to extreme policy support. Central banks will remain accommodative, but markets will ask for additional support, which will come only if conditions worsen materially.”

Asked what they are most likely to change in their portfolios, 14 of 22 respondents said they would roughly maintain current risk positioning.

“This is a time to be a bit more cautious, given the rally in both fixed-income and equity markets, despite an ongoing pandemic and economic uncertainty. Monetary and fiscal policy support has helped the economy and markets, but we don’t want to count on it,” said a global chief investment officer at a large U.S. fund management company.

“We would like to have a few other layers of resiliency, and we’re taking a fairly defensive approach to income generation.”

But over 30% of respondents said they would increase their exposure to riskier assets in search of returns, a slightly more aggressive view than in August.

“Over the coming months, we are likely to maintain our current equity risk positioning and possibly increase those positions if we were to experience a meaningful pull-back,” added Investment Quorum’s Lowman.

Reporting and polling by Rahul Karunakar and Tushar Goenka in BENGALURU and Fumika Inoue in TOKYO; Editing by Ross Finley and Alison Williams