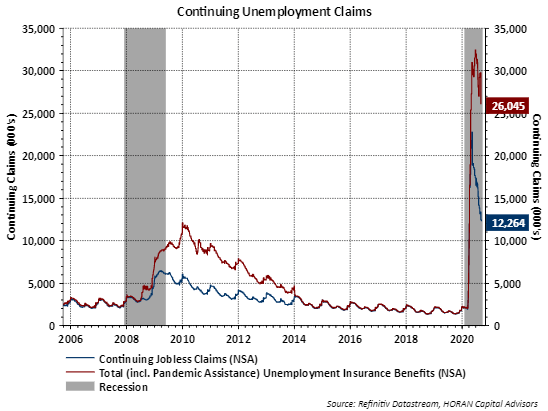 When examining which states account for a large portion of the claims, there are six. The six states are California, New York, Texas, Michigan, Illinois and Pennsylvania. These six states account for about 50% of the continuing claims as well as the claims plus the PUA category. Below is a chart showing the total insured claims for each of those respective states. The box on the chart shows the number of individuals obtaining assistance under the PUA program. 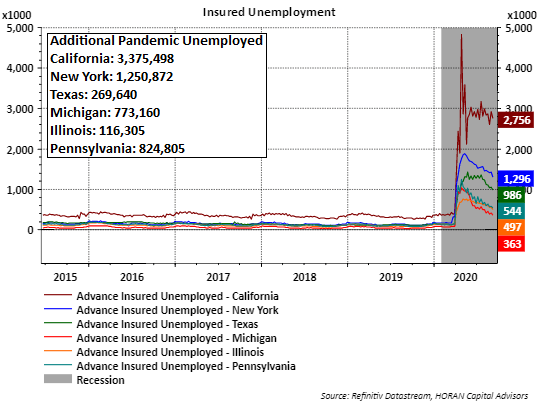 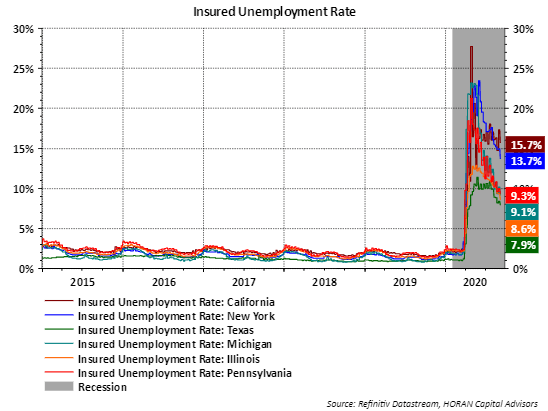 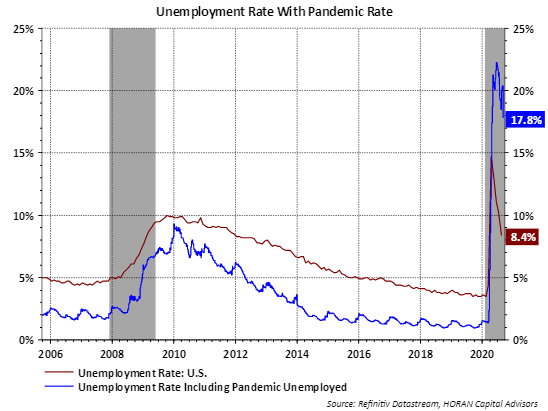 It goes without saying, but as these larger states reopen or begin to reopen, employment levels will improve. The reopening map at this link provides an overview on the reopening status of each state. It should be noted some states may show as reopened, like Indiana, but certain areas may not be. For example, in the case of Indiana, Marion County, which includes the state capital of Indianapolis, is not fully opened.

The employment data is important as the consumer accounts for nearly 70% of the economy or GDP. I touched on this in a post earlier this month, along with highlights on the improving economy. A nice boost to economic growth would be seeing the employment picture improve at a faster pace.