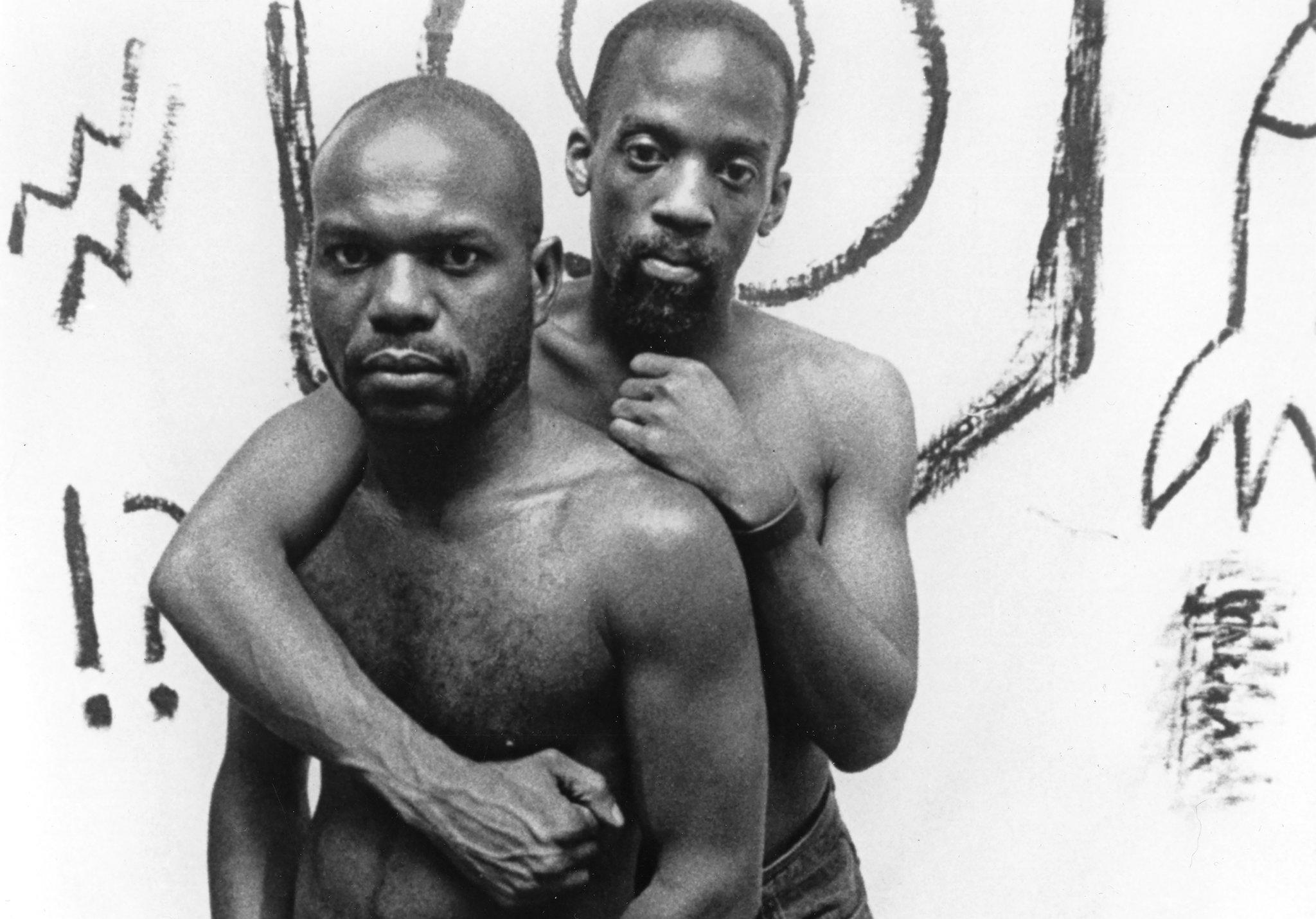 When Marlon Riggs’ best-known work, “Tongues Untied,” premiered on PBS nationwide in 1991, some stations around the country wouldn’t run it. The program became a political talking point when candidate Pat Buchanan weaponized the landmark documentary during the 1992 Republican Party presidential primaries, and the deeply personal essay on the experiences of Black gay men and the search for identity was at the center of a culture war. Condemned as “pornographic” by right-wing pundits who distorted the film’s content, “Tongues Untied” was debated in the halls of Congress as the movie became the centerpiece of a wider debate — namely, how the National Endowments of the Arts (NEA) distributes its funding. “Tongues Untied” was one of many recipients, having received a $5,000 grant.

Riggs hit back with a fiery New York Times op-ed titled “Meet the New Willie Horton,” and didn’t mince words. “Because my film, ‘Tongues Untied,’ affirms the lives and dignity of [Black] gay men, conservatives have found it a convenient target,” he wrote, “despite the awards and popular and critical acclaim it received after its broadcast last summer on public television.” Riggs was 35 years old. Three years later, he would die of complications from AIDS.

In recent years, Riggs has been rediscovered by some critics, though few audiences have been exposed to his entire body of work. That may change now that it has become more widely available: This month, seven of Riggs’ films are streaming on the curated documentary and art-house platform OVID.tv. On October 18, the Criterion Channel will stream a comprehensive retrospective of the filmmaker’s work. But it took years of efforts to reintroduce audiences to “Tongues Untied” and other Riggs films to get this far.

These days, the filmmaker’s legacy is carried by his close friend and producing partner, Vivian Kleiman, with whom he launched the production company Signifyin’ Works in 1991. Kleiman was present for much of the drama surrounding “Tongues Untied” and recalls it today in vivid detail.

“You have to understand it was absolutely crazy to have such an intensely raw documentary available to the broad audience,” she said in a phone interview. “But I think it ultimately sent a signal that part of public television’s mission had begun to shift, and would also recognize storytellers around the country whose work has plenty of merit, whether its appeal is broad or not.” Riggs had a complicated relationship to the controversy. “He would not say that he was grateful for it,” Kleiman said, “but he certainly recognized the value that being in the hot seat offered.”

Though “Tongues Untied” was Riggs’ magnum opus, in total he wrote and directed eight documentaries that collectively make up a rich body of work. His other films include the features “Ethnic Notions” (1987), “Color Adjustment” (1992), “Black Is… Black Ain’t” (1995); and shorts film “Long Train Running: A History of the Oakland Blues” (along with Peter Webster, 1981), “Affirmations” (1990), “Anthem” (1991), and “Non, Je Ne Regrette Rien” (1992). These provocative films addressed issues of Black and Black gay male identity.

Kleiman was there practically from the beginning, even serving as cinematographer for segments of “Tongues Untied.”  The collaborators first connected in the early 1980s when Riggs was a journalism master’s student at UC Berkeley. “He was truly the Jesse Jackson Rainbow Coalition kind of person,” Kleiman said. “He loved people, he loved talking, and I would say that he and I basically found a sense of humor together and from there emerged a very close friendship and eventually collaboration.”

She splits Riggs’ filmmaking style into two distinct periods: pre-diagnosis of HIV, as a classical documentary filmmaker who relied on his journalism background; and post-diagnosis, when he shifted to a more freewheeling and uncompromising style, which she described as “raw and from the heart.” It was during the latter period — when Riggs was under constant physical and emotional duress — that he came up with the idea for “Tongues Untied.” Riggs had a severe allergic reaction to medication and lost the use of his kidneys.

“At that point, what was originally going to be a nice, simple, roughly-12-minute short suddenly exploded into something that was five times longer,” Kleiman said. “It created an eruption for the American filmmaking landscape.” Riggs was ahead of his time, working in an era of pervasive homophobia and racism. He launched his career when there wasn’t much of a Black independent film scene — at least, not one that was friendly towards the kind of material he was producing. Riggs wasn’t shy about turning a critical eye toward the offensive depictions of Black gay men in popular culture, and especially prominent Black performers like Eddie Murphy. Riggs takes Murphy’s 1983 stand-up special, “Delirious,” to task, including clips from it that highlight the ways heterosexual Black artists incorporated homophobic tropes in their work. Murphy repeatedly uses the word “faggot,” sharing that he’s “scared of gay people” and suggests straight men could get AIDS if their girlfriends kiss gay men.

The film premiered at the American Film Institute Video Festival in 1989 and won awards at the Berlinale and Outfest that same year before landing a broadcast deal with PBS as part of its P.O.V. series. Writing for the Los Angeles Times, Howard Rosenberg called the film “poetic, lyrical, poignant, funny, rapping, street-talking raw art,” but suggested that it could “nourish homophobia even as it seeks to drive a spike through its heart.”

After Riggs’ death, the legacy of “Tongues Untied” dissipated for years, but the film has started to find new fans since Kleiman started touring with it last year, for its 30th anniversary. “There was a time when he was forgotten about in the certain area that should not have abandoned his work,” Kleiman said. The touring restoration instigated further discussions about the need to preserve Riggs’ work. “I saw it all as planting some seeds, which really has done its job so that here we are,” said Kleiman. “As a result of all of this accrual there’s a rekindling of interest in his work.”

The Criterion Channel retrospective, entitled “Race, Sex & Cinema: The World of Marlon Riggs,” provides a unique opportunity to explore the range of subjects that Riggs took on. Critic and programmer Ashley Clark, who programmed the series, said that the filmmaker’s achievements are ripe for rediscovery. “His joyful, complex work is as resonant today as it was in his too-brief lifetime,” said Clark, who first organized a version of the program at the Brooklyn Academy of Music last year. “It’s my hope that younger generations will become acquainted with, and enchanted by, Marlon’s incredible work, from the sharp media critiques of ‘Ethnic Notions’ and ‘Color Adjustment’ to the personal-is-political-is-playful thunderbolt of ‘Tongues Untied’.”

Riggs would have been be 63 years old this year. It’s impossible to say how else he may have affected culture, but Kleiman has a few ideas. “I can’t begin to predict what Marlon would be thinking or doing now, but I can imagine him having an awful lot of fun with new technology,” she said. “He was somebody who invested enormous amounts of attention to the frame, and layering, and playing with sound and image. He would be jumping up and down for joy with the fact that he could sit in his pajamas in his house, at his kitchen table, and do the kind of things that he would had to spend enormous amounts of money trying to accomplish.”