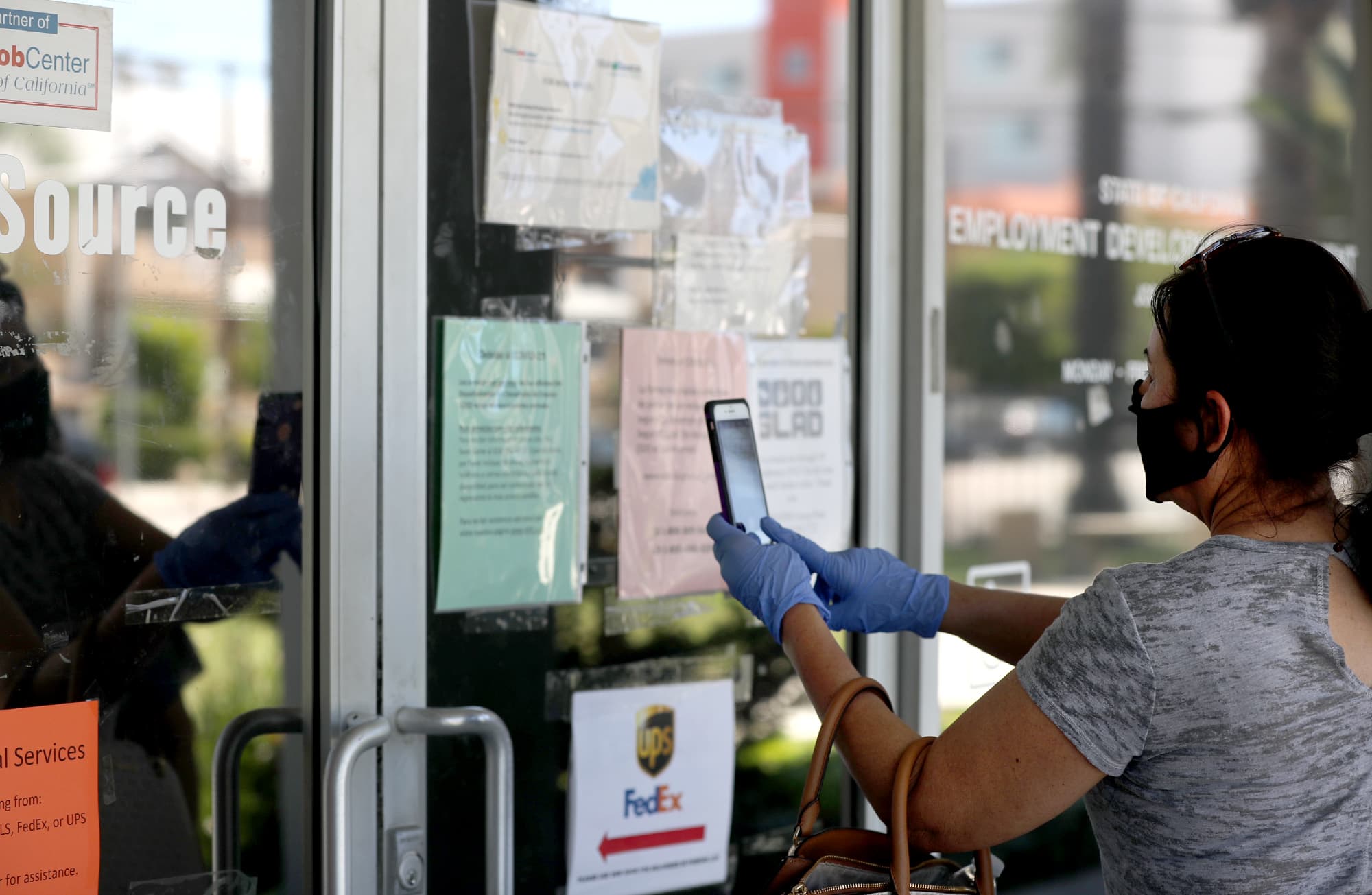 Their arrival will be thanks to the state’s Employment Development Department’s task force initiative to comb through some 600,000 jobless claims that have been stuck in processing for 21 days or more. The EDD will also work to clear payments to another 1 million workers who received at least one benefit payment during the pandemic-induced recession, but due to various certification issues stopped receiving benefits without warning and have been waiting for months for the EDD to resolve eligibility and restore payments.

An unprecedented wave of first-time jobless claims during the pandemic not only overwhelmed state computer systems, but it also created an opportune time for scammers to steal personal information and file false claims. The report notes “there is evidence that California may in fact be the victim of significant organized fraud.” Cybersecurity specialists were called in to investigate a suspicious spike of 120,000 new Pandemic Unemployment Assistance claims made daily on August 31 and September 1, for example.

The report also found that existing identity verification measures intended to block fraud are instead slowing the process of legitimate claims without properly catching fraudulent activity. Once a claim is flagged to investigate potential fraud, it moves from an automated system to a human reviewer. Reviewers then notify residents that they needed to mail or fax in additional documents to resolve issues on their claims, a process that can delay progress by weeks. For scale, the EDD says it received an average of 60,368 new electronic claims each day during the week ending August 22. Of those, an average of 40% were routed for manual processing, meaning staffers were expected to review 24,147 manual claims per day.

In an effort to clear out its backlog by January 2021, the California EDD will invest in new identity verification technology to weed out fraud and approve new claims more efficiently. It has also refocused staff efforts to have the most experienced EDD workers go through the oldest and most complex applications.

The EDD will not process any new unemployment claims during a two-week period that started September 20, however, which could result in an income disruption for many. The state estimates roughly 226,000 Californians filed initial jobless claims for state benefits the week ending September 26, and nearly 100,000 more filed for Pandemic Unemployment Assistance provided in the CARES Act.

Those who attempt to file a new claim will be directed to a temporary web portal to fill out their information and will be processed when the new system is up and running.

“New claimants should not see a delay in benefit payments, and in fact many of them will actually get their payments faster as they avoid the older time-intensive ID Verification process,” EDD director Sharon Hilliard wrote in a letter to California Gov. Gavin Newsom.

Nationwide, some workers have waited 7 months for benefits

While new system investments could bring welcome relief to many residents, California is far from the only state to have a crush of backlogs due to technology and staffing issues. For many Americans, their first experiences with the unemployment system during the pandemic have been a nightmare of frustration and delays. More than 10 million claims overwhelmed archaic state systems in the last two weeks of March alone. As of the end of July, the latest available data, an estimated 5 million to 8 million workers were still waiting for a decision as to whether they’re eligible for unemployment benefits, says Andrew Stettner, a senior fellow at The Century Foundation.

Stettner tells CNBC Make It that California’s decision to pause processing new applications in order to effectively work through its backlog was “well thought out.”

“The worry of fraud is valid,” Stettner says. “What I appreciate is the honesty. With such a big backlog, you can’t just be like, ‘We’re working on it.’ You have to establish a backlog reduction plan based on the resources you have available and an understanding of how long it will really take to get through the cases.”

For some residents who’ve already gone seven months without the benefits they’re entitled to, a January 2021 goal date won’t help them pay their bills now. The benchmark “sounds terrible,” Stettner says. “It is terrible, but it’s better than uncertainty.”

Stettner says he hopes other states can undertake massive efforts to invest in staff and technology to improve their unemployment systems now. The federal government has disinvested from state unemployment programs for years, particularly in the decade since the Great Recession, the last time a surge of people relied on jobless aid.

Underfunding in state unemployment programs in general disproportionately impacts some of the most vulnerable workers. Despite federal efforts to increase eligibility and aid to workers during the pandemic, just 13% of Black people out of work are getting unemployment benefits during the health crisis, compared with 24% of White workers, 22% of Hispanic workers and 18% of workers of other races.

“The federal government barely put any money into this problem,” Stettner says, adding that even when funding is provided, most fraud prevention measures are adopted at the expense of making the filing process user-friendly for applicants. Additionally, without funding to hire and train new state labor department staff members, many haven’t been able to adequately bring in new workers when experienced ones retired.

The updated HEROES Act introduced by the House of Representatives this week earmarks $925 million to assist states in processing unemployment insurance claims. The bill also restores the $600 weekly enhancement, extends PUA and provides another 13-week extension to an individual’s benefit window into 2021. White House officials and Democratic negotiators resumed discussions this week about how to move forward with the next coronavirus stimulus package.

Check out: Americans spend over $5,000 a year on groceries—save hundreds at supermarkets with these cards

What to do before, during and after a virtual interview to land the job