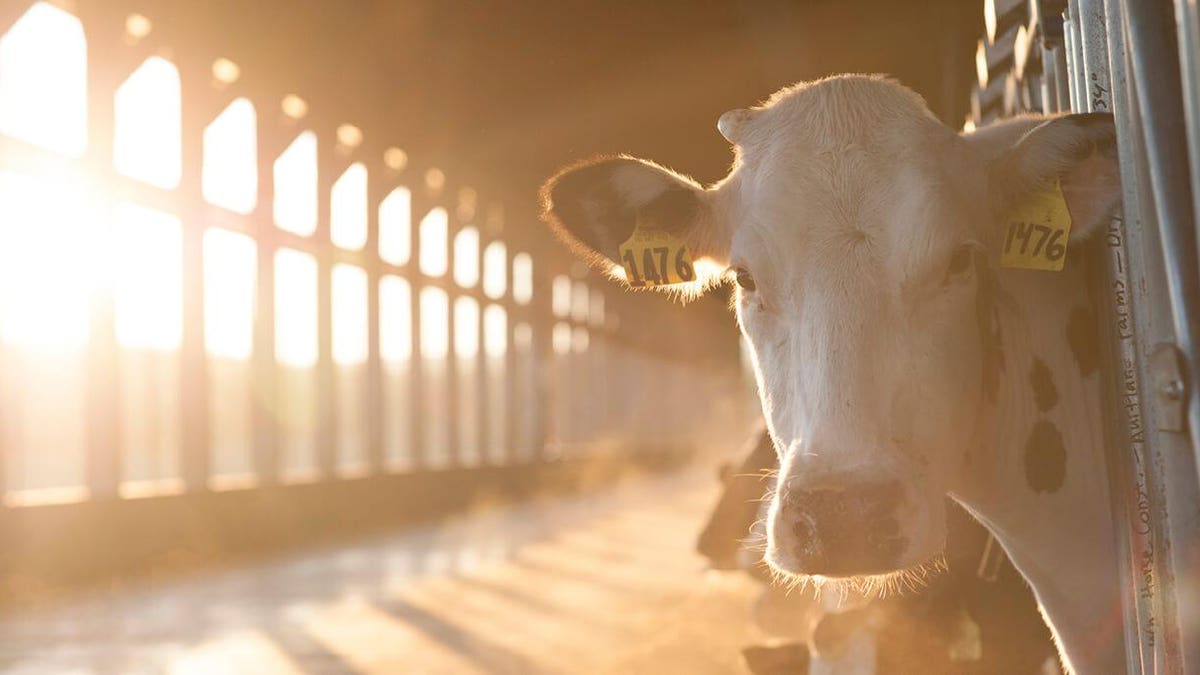 Going to the grocery store in March was a bit surreal. Across the US, consumers found shelves empty of basic staples—yet on news broadcasts they saw dairy farmers having to dump milk because they had no way to get their products to market.

The food distribution system had suddenly lost some of its biggest channels with the closure of restaurants, schools, and other large institutions, while demand in supermarkets exploded as far more people cooked for themselves.

Land O’Lakes, one of the largest butter producers in the US and a major producer of cheese and other dairy ingredients, faced peak-level demand for its products at a time when the farmer-owned co-op typically saves inventory for the holiday rush later in the year. It couldn’t make products for its retail channels fast enough or deliver them soon enough, and it quickly started repurposing food normally packaged for food service outlets to go to retail stores instead. Meanwhile, Land O’Lakes faced spiking demand for its chicken feed, suddenly a hot commodity as more people started raising chickens in their backyards.

“We saw more disruption in an eight-week period than we have experienced in eight years because it was both on the demand side and on the supply side with labor constraints,” says Dustin Braun, senior director of logistics for all three of Land O’Lakes’ business units: dairy, animal feed and nutrition, and crop inputs.

In addition to worker shortages and facility shutdowns, Land O’Lakes had to deal with a shortage of truck drivers. “Who wanted to be driving around the country in a very transient job, interacting with people during a pandemic?” Braun says. “A lot of drivers chose to get off the road.”

Despite all those obstacles, the co-op found ways to distribute its farmers’ milk so that they didn’t have to see the results of their hard work thrown away.

It was all hands on deck for Land O’Lakes’ entire supply chain organization, with virtually everyone in planning, manufacturing, warehousing, and transportation revising plans daily and working long hours, including nights and weekends.

If there was a disruption in a plant or a partner warehouse, the principals had to decide quickly whether to take the plant offline or reduce the labor force and then shift product around, while finding new ways to transport product if necessary.

“It was like an Etch A Sketch every day: You come in, someone had shaken it up, and it’s just a blank slate once again,” Braun says. “You’re looking at what the demand is today, where are the constraints, and what can we do to move supply to the right places.”

The thing was we didn’t have a choice to be anything but collaborative in order to make fast decisions. We didn’t have time to dwell on whether we were making the wrong decision or think through the repercussions. And that’s something we’ve had to keep going as demand has continued to be variable.

The supply chain teams worked closely with other parts of the business to “figure out what’s going to stick in the long run and what is maybe temporary,” Braun says. “Once we aligned on our best estimates—an optimistic scenario, a pessimistic scenario—we built supply chain strategies around those.”

That Etch A Sketch is still in play as the virus spreads to other parts of the country and the world, he says, at the same time as tropical storms, fires, and other natural disasters disrupt business as well. The experience has taught Land O’Lakes some valuable lessons.

“We did a postmortem in our dairy food business, and we focused on why we were more agile during the initial stages of COVID than we ever had been before,” Braun says. “The thing was we didn’t have a choice to be anything but collaborative in order to make fast decisions. We didn’t have time to dwell on whether we were making the wrong decision or think through the repercussions. And that’s something we’ve had to keep going as demand has continued to be variable.”

When COVID-19 hit hard early this year, the co-op was just finishing implementation of new cloud-based logistics applications. Land O’Lakes had used the on-premises Oracle Transportation Management for about 15 years but in 2018, the company decided it was time to upgrade to Oracle Transportation Management Cloud. It also replaced a number of other legacy systems and processes with Oracle Global Trade Management Cloud.

When it came to global trade management, Land O’Lakes previously used a combination of Access databases, spreadsheets, and SharePoint sites, “and it was not consistent across our businesses,” says Erika Johnson, the IT director in the company’s supply chain group who led that implementation. “We have plans to grow our international business over the next few years, so we really wanted to up our global trade management game and create a platform that was more efficient and eliminated all that time-consuming paper shuffling.”

That entire implementation, including thorough testing, took a year to complete, “because if you don’t do this right, it will cripple your organization and you literally will not ship product,” Braun says.

Another factor: Land O’Lakes was implementing these cloud applications across all three of its business units, rather than one business unit at a time as it had done in the past. The co-op went live with both applications in early March.

“You wouldn’t expect it from a 100-year-old co-op, but we’re pretty advanced in technology,” says Land O’Lakes CIO, Marc Carlson. “What we were able to accomplish is pretty remarkable for an organization that doesn’t have huge margins or excess staffing capacity. We watch our financials very tightly, and I’m proud of what we do with really limited resources, using technology that is cutting edge or in some cases bleeding edge and making it work to help our members.”

Braun says Oracle Transportation Management Cloud was key to Land O’Lakes’ ability to meet unprecedented demand without missing a beat. He notes that COVID-19 caused just as much if not more disruption to its business outside the U.S., as countries issued a range of new and ever-changing regulations. “Being able to have a single system and a standardized process for global trade management has been very helpful,” he says.

As the pandemic stretches on, Land O’Lakes has used many of the strategies that worked for it early on to address new supply/demand imbalances.

Those strategies will be enhanced by another key initiative: the creation of control towers—data hubs that integrate information from the company’s transportation management system, its supply and demand planning systems, and partners’ systems.

“We have access to more granular data than we’ve ever had, so we can better understand what’s happening at a store level in many cases, and we can aggregate those insights to make better predictions of what’s going to happen,” Braun says. “The new analytical reports we’re developing with our control towers will help us manage disruptions, see issues faster, and work across functions.”

While he says he’s not surprised that the Land O’Lakes teams have risen to this year’s many challenges, he’s impressed by how resilient they’ve been at handling this level of upheaval for such an extended period of time. Johnson credits the way that Land O’Lakes’ teams “came together as partners” to implement new processes and technology amidst such change.

And Braun stresses that the lessons learned will remain long after this crisis passes. “Overnight, we matured our cross functional and external partnerships. We’ve made decisions faster,” he says. “Agility and responsiveness have been critical to our success. We can‘t go back to the way we’ve operated in the past.”