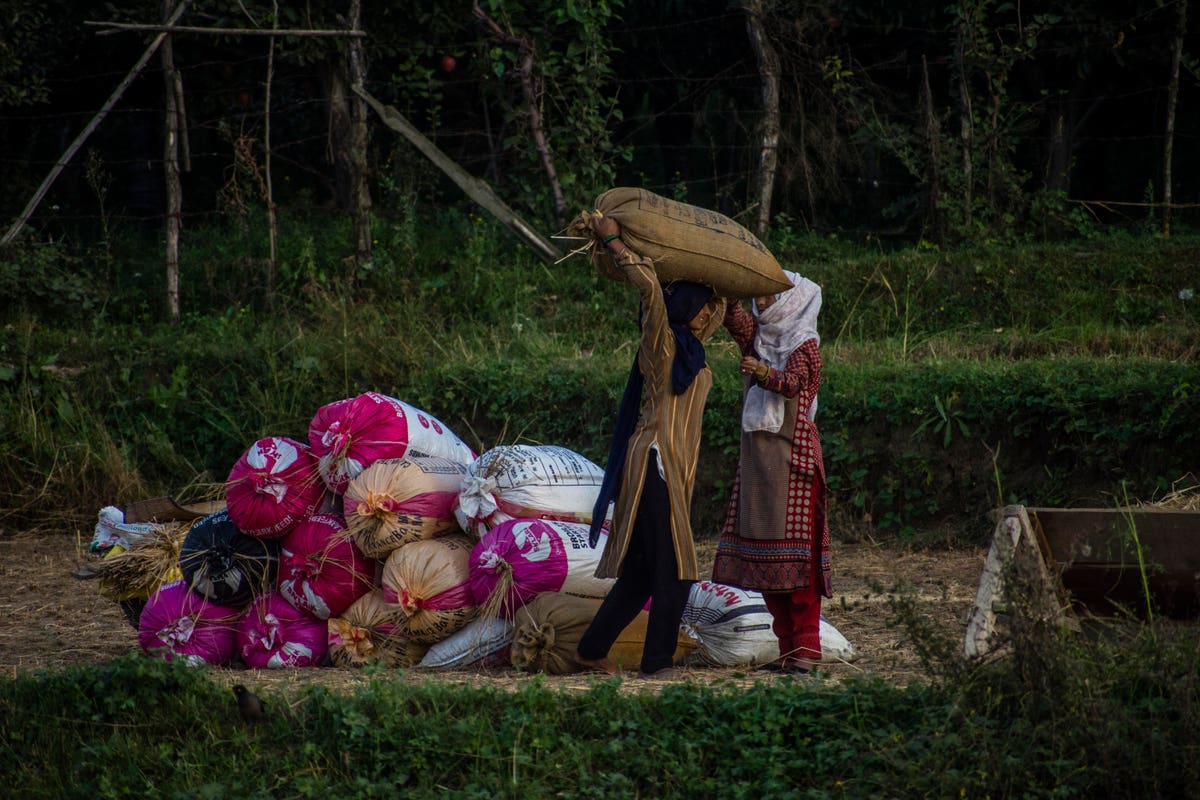 Around the world, women do more household work than men. Feminist economists have wondered how to quantify this work in monetary terms for a long time now.

In India, for every 36 minutes of unpaid care work a man does, a woman does more than six hours.

Now, when the country’s economy is contracting at an unprecedented rate, increasing female labour participation in the economy can boost growth. There are several hurdles to achieving this though.

In a 2018 working paper for the Centre for Sustainable Employment, researchers Bidisha Mondal, Jayati Ghosh, Shiney Chakraborty, and Sona Mitra try to put a monetary figure to currently unpaid labour.

The activities associated with motherhood are typically seen as “non-economic”, but when the same activities are outsourced they become economic activities, they argue. For instance, when breastfeeding is outsourced or surrogacy – in which a woman is paid to be impregnated – they become paid activities, adding to the national income. It is only when a woman does it for herself that it such work classified as “not in the labour force” in most, if not all national statistical systems.

The authors contend that women’s other paid but unrecognized work (for instance, beggaring or prostitution) should be counted as economic activities as they “involve the production of goods and services that are potentially marketable and are thus economic in nature.”

When we take these numbers into account, the number of women who are gainfully employed increase phenomenally.

But the authors of the report found that if we include women’s domestic work and other paid but unrecognized work in the economy, the total female work participation was greater than that of men in India. At 86.2 % compared to 79.8 % for men.

In simple terms, if we deduct the work Indian women do for their families and in their homes, then their contribution to the economy will hover around 25%, but if we include it, women’s contribution will be more than that of men’s.

In September, in one of its judgements, the High Court in the southern Indian state of Tamil Nadu valued a woman’s unpaid labour more than earning family members. Feminist activists and economists think this is a massive step forward.

Incidentally, about a decade ago, the same court had delivered another pathbreaking judgement. In that case, a minor girl had lost both her parents in an accident. A female judge, Justice Prabha Sridevan ruled that the girl would be compensated for her father’s death according to the Accident Complaint Tribunal. But, since the mother was a homemaker, the judge goes on to say, “on the basis of the claim that both died in the same accident, the child should be deprived of the compensation she is justifiably and reasonably entitled to for the death of her mother.” This implies that mother’s work was valued. The girl received monetary compensated for both her parents’ death.

These attempts at valuing female unpaid labour are few and far between.

It is baffling though that half of India’s 1.3 billion people would continue slogging, without seeking returns for their economic value addition to the nation. Worse, we have no way to measure it.