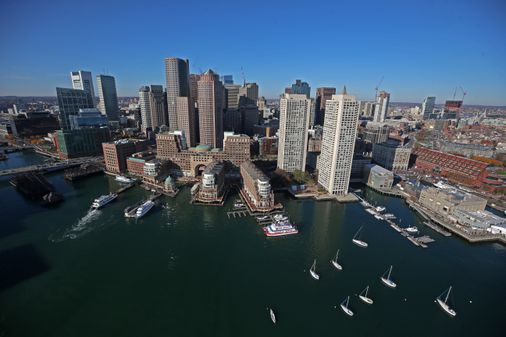 “Our new office at 290 Congress Street will provide our employees and our business with the kind of modern, engaging and efficient space that will allow us to develop the optimal work environment for the future,” said Scott Couto, head of the company’s North American operations.

The move will happen in two phases next year, when Columbia Threadneedle’s lease at 225 Franklin expires. The company worked with real estate firm Cushman & Wakefield to scout a variety of options downtown, a process that was slowed somewhat by the pandemic, before settling on Atlantic Wharf, a 10-year-old building owned by giant landlord Boston Properties.

As at many white-collar downtown companies, most employees at Columbia Threadneedle have been working remotely since March and, for the most part, still are. A spokesman said the company plans to bring about 25 percent of its employees back into the office this fall, with more gradually returning next year. Between commuting challenges, improved remote technology and a sizable percentage of staff being out of the office several days a week, the company was planning its new office to have fewer permanent desks and less square footage even before the pandemic. The experience of the last few months has only accelerated those trends.

The deal is the biggest office expansion or relocation in central Boston this year, after a busy commercial real estate market screeched to a halt in March. It also highlights the challenges facing downtown Boston landlords going forward, with typical office-dwelling companies cutting back on their space needs even as new office towers continue to rise.