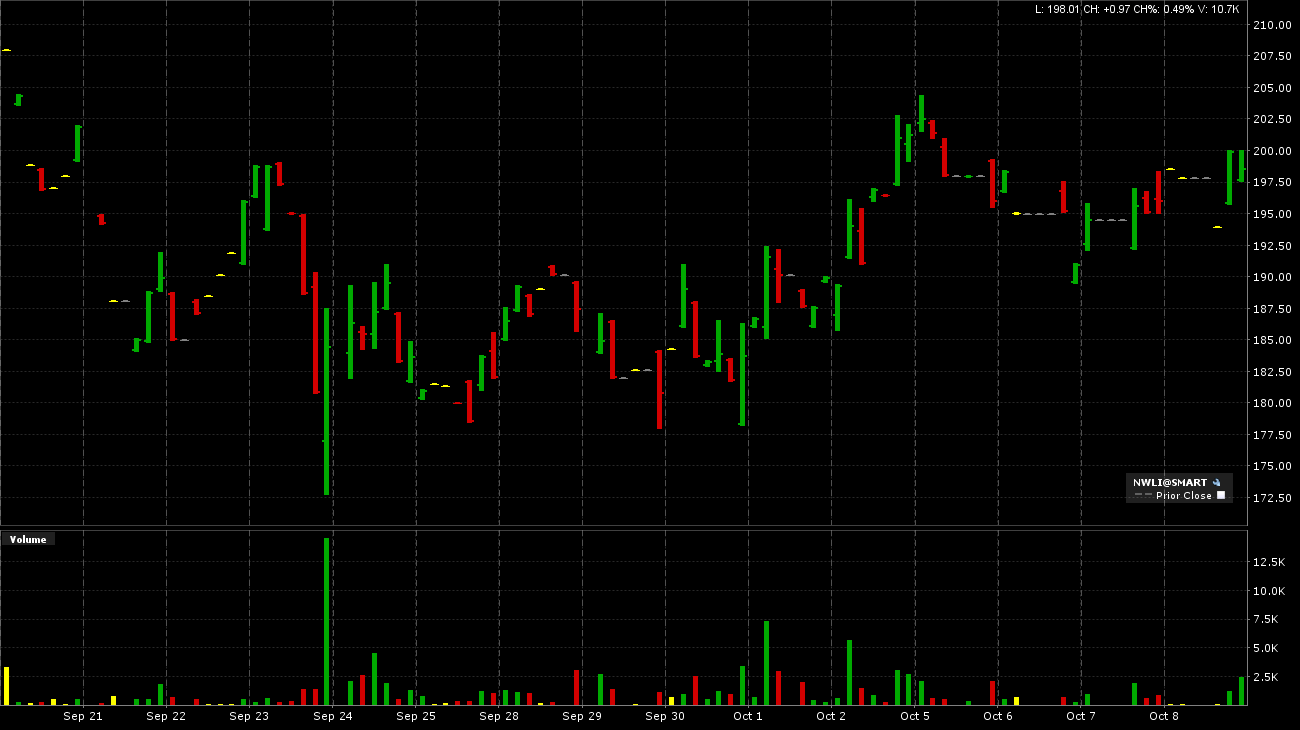 Some securities I own are illiquid. A few are very illiquid. When I wrote for theStreet.com, we had a warning that we posted for every security mentioned where the market cap was less than half a billion dollars, because what we wrote could budge the market, and sometimes it did. I remember when I wrote a post about personal lines P&C insurers, and I mentioned Safety Insurance (NASDAQ:SAFT), which was definitely small, as one of the companies that I thought was worth owning, and we did own it at the firm that I worked for. The stock popped about 5% before settling down.

But frenzies to buy are usually tame compared with frenzies to sell. There is an urgency to preserving value that makes the seller particularly zealous in getting out rapidly.

In the last three weeks, I’ve experienced this twice with two securities that I own. In both cases I bought more as the seller got aggressive. Let me show you what happened.

My main point is this: Be willing to be a buyer on days when there is no news, and it is not a sector effect, when a security that you know well is getting thrown out the window for no good reason. Occasionally mad bombers show up, and they have to sell down to the last share. Having known some institutional traders, that last sale can be quite aggressive because they want to be DONE!

There was a guy at theStreet.com, I think his name was Ken Wolff who often talked about “dumpers.” Stocks where a bad event happens, and everyone runs to sell, and there is a climax of volatility where the aggressive sellers have sold their last shares. You see the spike up in volume, and the spike down in the price. His idea was that it was simple to buy then, and close out the trade at the end of the day. On that front, I thought he was pretty clever.

Panic never leads to good results. Understand what you own very well, and be willing to buy when other market participants are irrational.