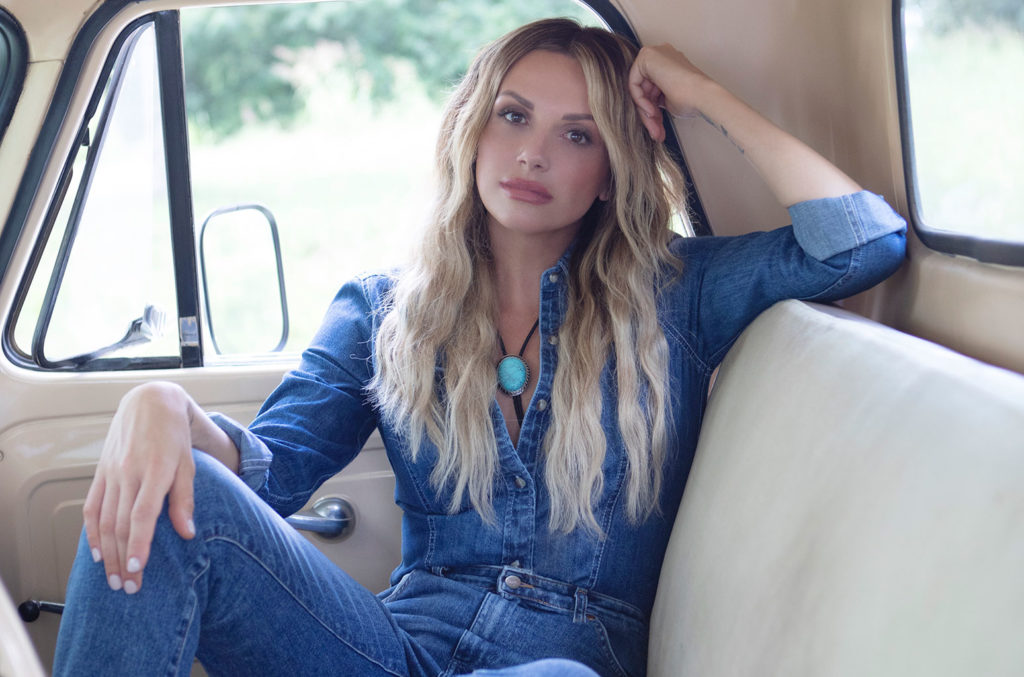 Pearce married Ray a year ago — on Oct. 6, 2019, to be exact — at the peak of a high-profile romance that occurred while her Lee Brice duet, “I Hope You’re Happy Now,” was on its way to becoming her biggest single to date. The joy of that moment was shadowed by the death of her producer, busbee (Maren Morris, Lady A), which brought both grief and a creative issue: Nothing else on her self-titled sophomore album had the ’90s vibe that “Hope You’re Happy” maintained, and she felt she needed to cement the direction that single had led her.

“I had to have a really big ‘come to Jesus’ with myself and go, ‘Do you have something on this album that follows it up correctly?’ And also, ‘Do you have a song that you identify with?’ ” remembers Pearce. “I didn’t, and I have a great team that allowed me to kind of shut the door on that album.”

She enlisted songwriter-producers Shane McAnally (“One Night Standards,” “Nobody but You”) and Josh Osborne (“Happy Anywhere,” “One Man Band”) to produce the next project, and when they met up via Zoom in June to write at a COVID-19-induced distance, she clued them in to her personal news: She was about to file for divorce, and she intended to write about the split.

“Next Girl” was the third or fourth song they wrote for her next project. She brought in the title and originally planned to open it with a formal salutation, “Dear next girl.” Osborne and McAnally convinced her to change it to “Hey, next girl,” a phrase that might be well served with an exclamation point.

“I heard it more in the way that I probably write heartbreak ballads,” she says. “I heard it as a letter to the next girl. They were like, ‘Wait a minute, we should do this more like one of those anthems that Patty Loveless did so well. Or Martina [McBride] did so well.’ And they just completely helped me kind of spin it into this empowering moment for girls.”

They worked it seriously, outlining the patterns of behavior that had, more than once, turned a promising relationship into a broken one for Pearce. Still, McAnally harbored question marks about the song’s potential until they introduced that key punctuation moment that gave it a ’90s-country lyrical twist.

“The lightbulb for me really came on when we came to the comma,” he says.

“Next Girl” mostly recounted the actions that led the singer’s feelings to shift, but Pearce insisted on a bridge that focused on the internal dynamics of the breakup: “He’ll make you think it’s love/But I promise you it’s not.”

“I really wanted that bridge to say something powerful,” she says. “I’ll be completely honest with you: I cried while we wrote it. I cried on Zoom because I was like, ‘It has to go there.’ “

When they took the song to Big Machine Label Group president/CEO Scott Borchetta, he had reservations. The chorus, he felt, could be better, so they readdressed it a bit, particularly the first two lines of that stanza.

“Our verses were really tight and we had a full hook, but the chorus wasn’t quite soaring,” says McAnally. “So we rewrote it, and he was right.”

They recorded “Next Girl” at Nashville’s Sound Stage shortly after the studio had reopened. Each of the musicians was masked up and played in a separate booth for maximum social distancing. They struggled for about 45 minutes to get the foundation just right as McAnally converted a “vanilla” demo, as Pearce called it, into a track with a heavy rhythmic feel. Drummer Fred Eltringham layered a train beat with a bevy of unusual sounds, including spoons on the side of the snare, with Dobro player Josh Matheny providing a wiry melodic counterbalance. The effect is ’90s country, but it also faintly mimics Creedence Clearwater Revival‘s “Lookin’ Out My Back Door.”

Pearce cut the final vocal part at a later date, nailing it when McAnally encouraged her to let go of her concern about the technical quality of the performance and focus more on the emotion. Key to the entire song is the way she sings, “I promise you it’s not,” landing on a note full of ache and conflict before she bends it toward resolution.

“There’s so much character in this vocal performance and so many little moments, like right after she says, ‘No, it’s not,’ ” observes McAnally. “That just knocks me out, those little moments, because you have to go to a place where you’re not worried if it’s in time, if it’s even in tune. I needed her to feel it.”

“Next Girl” was a unanimous choice for the next single after “Hope You’re Happy.” It entered the Country Airplay chart dated Oct. 3 at No. 54 and moves to No. 48 in its second week on that list.

Thus far, many of the young women who have heard it have reached out to Pearce to let her know she has captured their experiences. And some guys have shared their own series of emotionally difficult relationships with women. But Pearce is uncertain if her ex-husband has been exposed to “Next Girl” thus far.

“We grew up both loving this kind of music,” she says. “I would like to think that he would like it.”