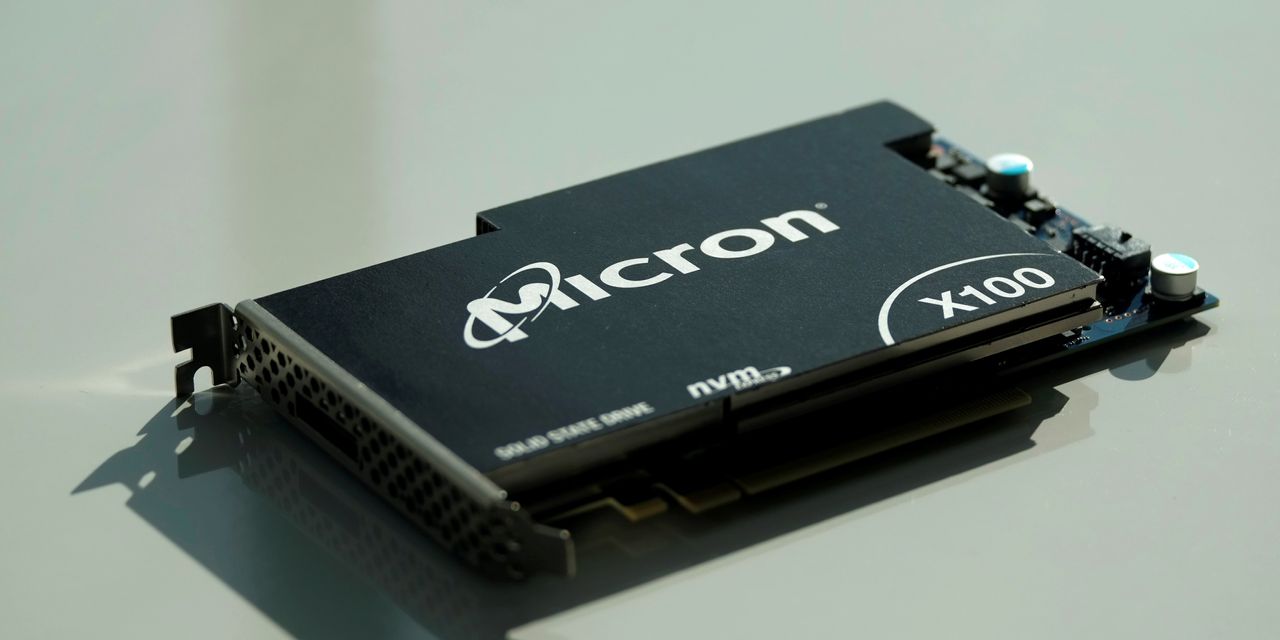 was in the odd position of facing both high and low expectations for its fiscal fourth quarter reported Tuesday afternoon. Unfortunately for the memory chip maker, the high side ruled the day.

Revenue for the quarter came in at nearly $6.1 billion, beating Wall Street’s $5.9 billion forecast and up about 24% year over year. Adjusted earnings of $1.08 per share also exceeded analysts projections. The gain mainly came from DRAM memory, where revenue surged 29%.

DRAM makes up more than two-thirds of Micron’s total business. But the company said on its earnings call Tuesday that it sees a “mix shift” toward NAND flash sales in the first half of its new fiscal year. That will weigh somewhat on profits because of pricing pressure and higher costs associated with a new manufacturing process. The company expects both issues to ease in the second half of the year.

Micron has been among the weakest-performing chip stocks this year, down nearly 6% compared with the 21% run by the PHLX Semiconductor Index in that time. But the stock has shot up more than 11% this month—the best performance in the group—based on market data showing some improvements in memory pricing. Given that results weren’t quite enough to justify recent hype, the stock slipped more than 3% in Tuesday’s after-hours trading.

But Micron continues to see strong memory chip demand driven by cloud computing services. Growing sales of 5G phones that use more memory should also help demand in the year ahead. The company might even be able to surf in