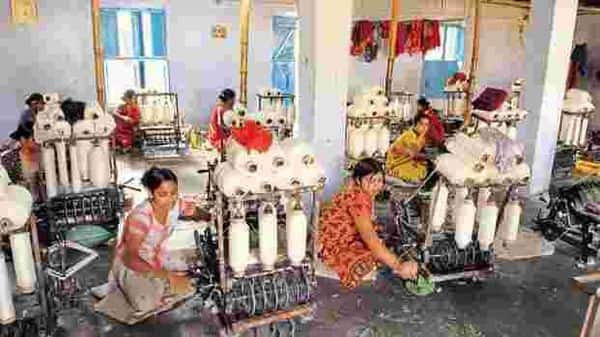 NEW DELHI :
Majority micro, small and medium enterprises (MSMEs) and startups have opposed the government’s non-personal data policy framework in its current form, as allowing large businesses to sell their aggregate data for a price will not help most of the small businesses, according to a survey by LocalCircles, a community social media platform.

These businesses gear that this may result in one large company buying aggregate data of another, keeping small businesses’ reach limited as they may not able to afford to pay for the data. “Most small businesses, be it an Indian startup or an MSME will find it extremely difficult in majority of the cases to pay high prices for such data. Large companies also in some cases are likely to resist selling their data if its core to their business model, leading to rejection of the data request or going to court,” Sachin Taparia, Founder and Chairman LocalCircles said.

This view is contrary to what the draft report on non-personal data governance framework aimed for. A government appointed nine-member panel, headed by Infosys co-founder Krish Gopalakrishnan had sought views from stakeholders in July before submitting the final report to the information technology ministry.

In July, Gopalakrishnan had said that MSMEs as well as small startups will benefit much more than larger companies from the government’s new plan to allow sharing of non-personal data. He had also said that data sharing will not only create economic value but also will be a win-win for the government and multinational companies. The panel had also called for a new law to regulate the sharing, commercial use and privacy of non-personal data– any data which does not contain any personally identifiable information.

According to the survey 81% citizens response was negative when they were asked if they support selling of anonymised user data. The proposed policy, a business that collects user data can sell it to other businesses or a government body after anonymising it. Besides, startups and small businesses feel that to begin with, data sharing should be made voluntary, over a period of time, it could be made mandatory for companies with annual revenue above ₹500 crores.

72% small businesses believe that the government must share its own aggregate data pertaining to health, traffic, among others, before mandating businesses to do the same. “Most of the real challenges today in the country range from bad water quality, air pollution to traffic…The government can kick start entrepreneurship in these areas by bringing together its disparate local and state level database and make them available for startups to build innovative high impact business models,” Taparia said.

* Thank you for subscribing to our newsletter.