Ahead of tomorrow’s Nonfarm Payrolls number, seasonally adjusted initial jobless claims were all around improved this week. Claims fell 36K to 837K. With the caveat of there being different seasonal adjustment methodologies pre and post-September, that marks a new low for the pandemic, though, that is still much higher than any readings prior to 2020.

Adding yet another caveat to this data, this week the state of California—the most populous and usually the biggest contributor to claims—also announced a two-week pause in the processing and reporting of claims so that the state can update some of its processes and catch up on a backlog. In other words, while this week’s reading was strong, the most recent data for the state that has held one of the largest weights on the total number of claims was estimated. 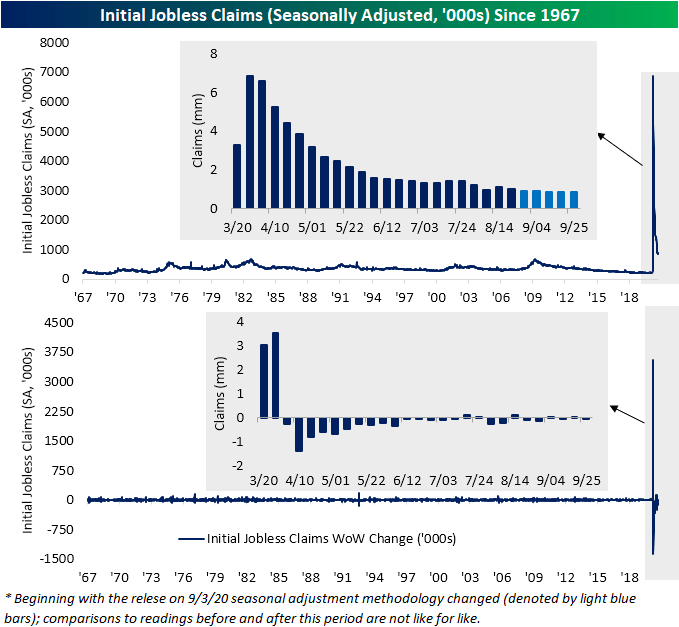 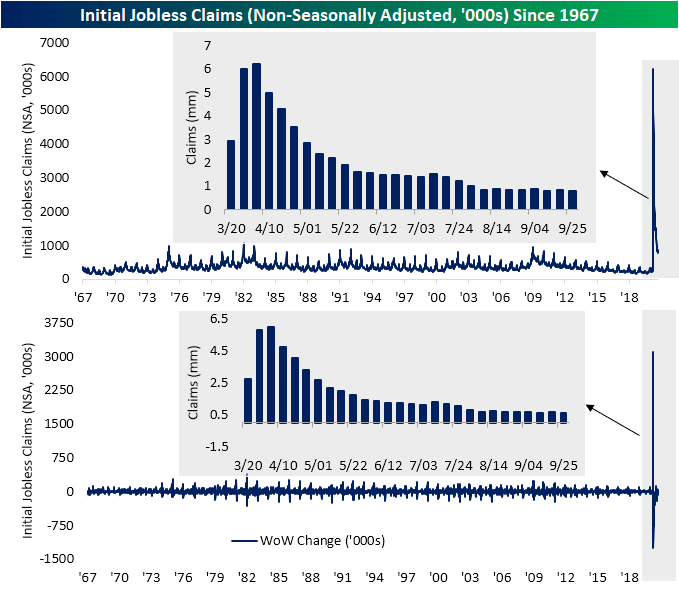 After remaining unchanged last week, continuing claims have also continued to fall with the seasonally adjusted reading falling below 12 million for the first time since the first week of April. 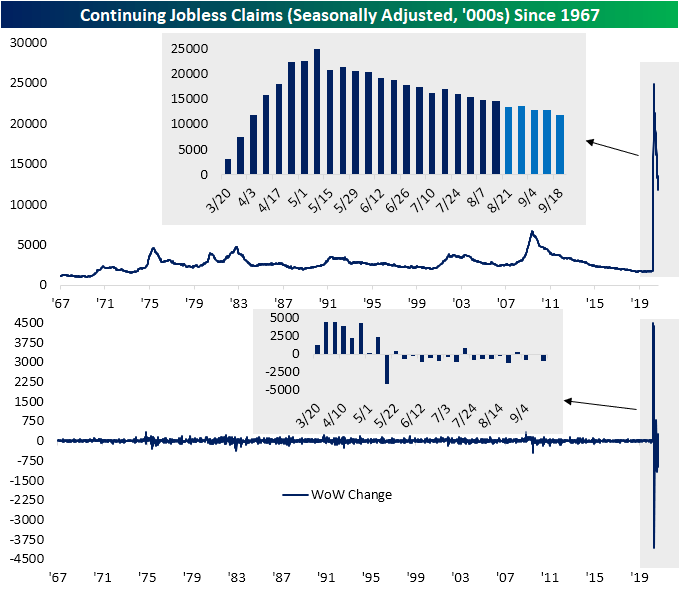 While regular state claims were lower, initial pandemic unemployment assistance claims rose by 34.5K. That increase offset the decline in regular state claims meaning the total between the two was unchanged from the previous week at 1.44 million. That is still around some of the lowest levels of the pandemic but is not quite at the same lows as regular claims alone. The same can be said for continuing claims. Total continuing claims (regular state claims plus PUA) rose to 24.3 million from 24 million in the most recent week. Again, in spite of the decline in regular state claims, that increase was thanks to a rise in PUA claims. In total, including all other programs like those for federal employees, veterans, extended benefits, and more, continuing claims for the week of September 12th stood at 26.53 million. That was an increase from 26.04 million the prior week which marked the lowest level of the pandemic. 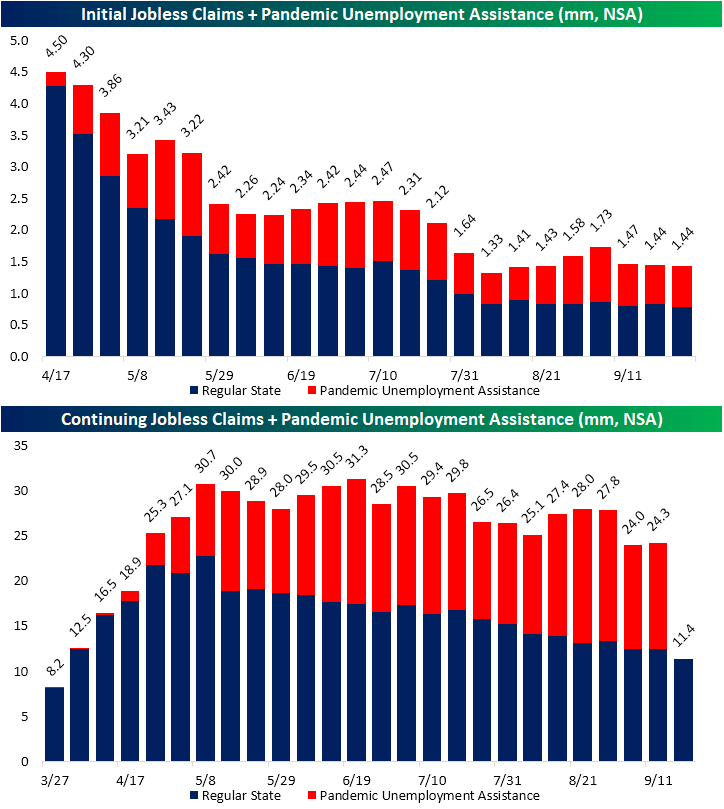