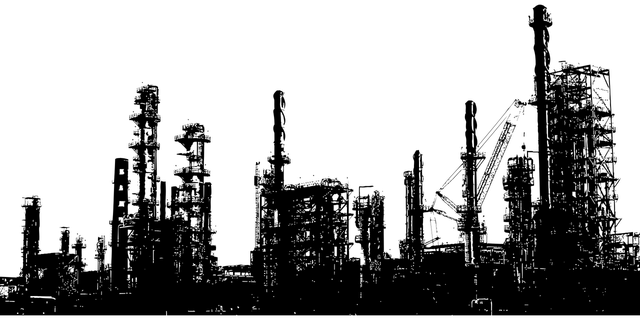 “Timing the market is not difficult, but impossible”. This is what I’d say if an investor inquires whether I can time the market. Looking back at my recent calls on Occidental Petroleum Corporation (OXY), however, I am contemplating whether it’s high time to change my stance on timing the market (no, I’m not serious). Courtesy of Seeking Alpha Premium, here’s a snapshot of what I’m talking about.

To summarize, I found Occidental stock appealing in mid-March when everything seemed to go against the company, and in early June, I decided to book my profits even though the macroeconomic outlook seemed to be improving. Nearly four months after, I still find no reason to jump onboard Occidental despite a few silver linings. The risk-reward profile, in my opinion, is not skewed in favor of growth investors.

Inconsistency of the management troubles me more than the asset sales

Occidental’s management decided to pause the asset sales program earlier in the year, which I found to be the right decision considering the depressed market situation for energy assets. Occidental CEO Vicki Hollub had this to say during the first-quarter earnings call.

Turning to divestitures. We did not disclose any additional material transactions in the first quarter as travel restrictions and the falling commodity prices have severely disrupted the market for asset sales. While we remain committed to closing divestitures over time, we will not sacrifice value to close transactions quickly.

This stance, however, has changed dramatically over the last couple of months. The company has agreed to sell its Colombia assets to the Carlyle Group (CG) in an $825 million deal. Fellow contributor Michael Boyd who specializes in energy stocks recently published a piece on how Occidental’s decision is negatively impacting shareholder wealth creation in the long run. Striking such deals in a buyer’s market for oil assets is not an encouraging sign, and I agree with his stance considering the annual cash flows the company would sacrifice to secure $825 million to strengthen its balance sheet.

Occidental is planning more divestitures this year that could run into multi-billion dollars and the timing of these deals is not in favor of the company and shareholders. Oil Majors have already written down the value of many oil fields they operate, which is an indication of the continued deterioration of the fair market value for these assets. Going by this observation, it’s safe to conclude that Occidental’s decision to sell its income-generating assets in this market is likely to lower cash flows in the coming years. One should acknowledge the fact that Occidental is shifting its focus on to North American assets, which in my opinion is the right move for the long run. What troubles me, however, is the inconsistency that I find in management commentary.

To make matters worse, this is not the first time CEO Vicki Hollub walked back on her promises to investors. During the Q4 2019 earnings call on February 28, 2020, Vicki Hollub made several remarks on maintaining and growing the quarterly dividend despite the looming threats from the spread of Covid-19. Below are a few highlights from the call (highlighted words in bold are the author’s work).

We recently announced our 182nd consecutive quarterly dividend, an outstanding record that few companies can claim. Returning cash to shareholders through our sector-leading dividend is an integral part of our philosophy. In the fourth quarter, we returned approximately $710 million of cash, an amount we fully expect to continue to grow.

In 2020, we remain focused on maintaining our dividend by optimizing free cash flow and operating in a capital-efficient manner.

In addition to these claims, the CEO reassured Paul Sankey of Sankey Research of the commitment and the ability of Occidental to maintain the dividend in 2020 in the Q&A session following the prepared remarks. In less than two weeks on March 10, however, Occidental announced a dividend cut from $0.79 per share to just $0.11 sending shockwaves among investors. I hold the view that this was necessary, but at the same time, I find it difficult to understand the reasoning behind the continued promises given to investors on the stability of the dividend when in reality the company was finding it difficult to make ends meet.

This inconsistency is something I would not want to associate with a company that I’m invested in, and I have decided to apply a valuation discount to account for this characteristic.

Update on the outlook for crude oil prices

The profitability of Occidental and other energy companies depends primarily on the level of crude oil prices in the global market and the production costs. Occidental is a low-cost producer, but cost leadership that does not translate into attractive earnings spells trouble for investors. This has exactly been the case with the company, and it has struggled to remain profitable consistently.

There are some promising signs from a macroeconomic perspective for oil as global economic activities are increasing. According to data from the U.S. Energy Information Administration, oil stock has been drawn from inventories at a rate of 3.1 million barrels per day in the third quarter, which is a noteworthy improvement from the second quarter when inventories soared to record highs. Even after considering this positive momentum, the EIA paints a gloomy outlook for oil prices in the coming months. Inventories are coming down, but at a slower pace than what was seen during May and June. As illustrated in the below chart, the inventory days of supply have come down sharply since April, but are still above the monthly average range between 2015 and 2019. 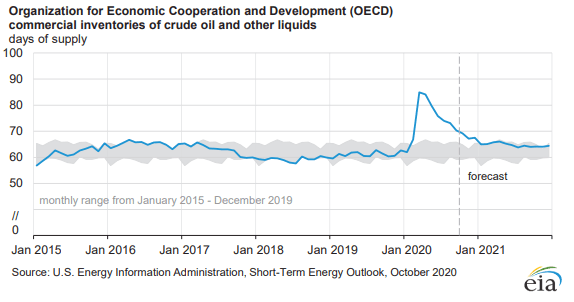 In its forecast for short-term energy outlook released on October 6, the EIA wrote:

Oil prices jumped yesterday on news regarding output shutdowns in the Gulf of Mexico ahead of Hurricane Delta. While this could potentially boost the crude oil price temporarily, the Organization of the Petroleum Exporting Countries (OPEC) projects the world oil demand to surpass the 2019 level only by 2022, which is not an encouraging sign. 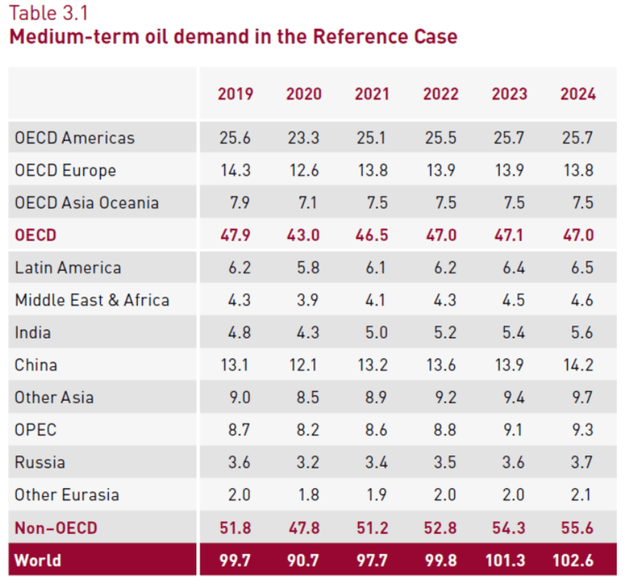 In its most recent update about oil prices issued on October 8, the OPEC wrote:

Future demand will likely remain persistently below past projections due to the lingering effects of the Covid-19-related shutdowns and their impact on the global economy and consumer behavior.

This is not an encouraging statement either. The oil cartel went on to cut the short- and medium-term demand expectations for oil as well.

Even though there are a couple of silver linings amid the dark clouds, there’s no solid data to claim that oil prices will head higher in the next couple of years. There’s a high degree of uncertainty, and this makes debt-laden companies such as Occidental a high-risk bet.

The energy sector is going through one of the most challenging times in history, and this should keep contrarian investors glued to the sector as mispriced bets could often be found when the going is tough. Occidental, however, does not seem to be mispriced, and the company, in my opinion, has been forced by both external and internal factors to execute decisions that would likely lead to disappointing earnings in the future. The best-case scenario for Occidental would be a potential merger with an oil giant, but such a deal is not on the cards yet. In the absence of a deal, I believe Occidental will hurt investors by:

As long as the above three outcomes remain possibilities, I would not feel comfortable investing in Occidental Petroleum stock as these factors will cap the earnings growth potential of the company in the future even if the industry recovers. In the next couple of years, I expect Occidental to lag its peers as the company has to deal with not one but many challenges whereas an oil company with a robust balance sheet would quickly be able to reap the rewards of higher oil prices. I would, however, closely monitor future developments with Occidental to identify a catalyst that could drive the stock higher. In other words, I fear Occidental would be forced to focus on strengthening the balance sheet by debt reduction and not growth. This should be enough reason to push a growth investor away from the company even though strengthening the balance sheet is a necessity and possibly the best thing that could happen under the prevailing conditions.

One could argue that Occidental probably is worth much more than $11 per share, but an investment in this troubled oil company would still need to account for the opportunity costs associated with such an investment to get a green light from a growth investor. Chances are that OXY would not beat the sector in the coming years.

If you enjoyed this article and wish to receive updates on my latest research, click “Follow” next to my name at the top of this article.