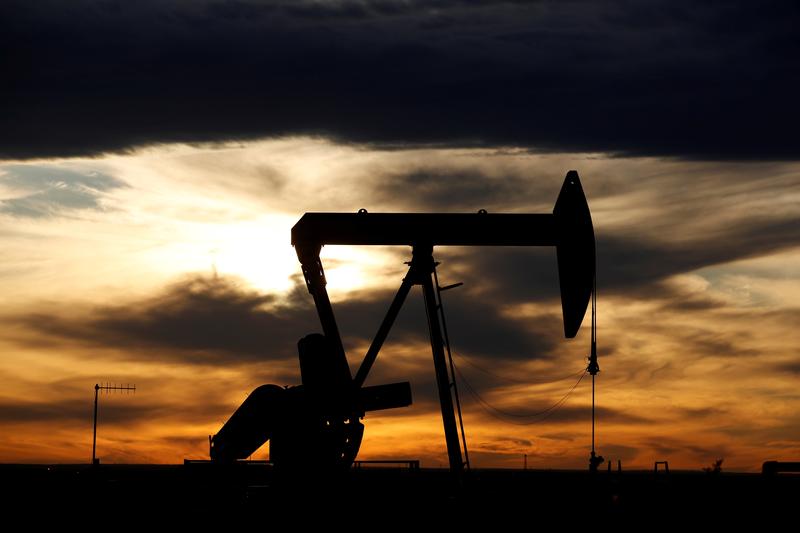 NEW YORK (Reuters) – Oil rose to more than $43 a barrel on Thursday on support from output shutdowns ahead of a storm in the U.S. Gulf of Mexico and the possibility of supply cuts from Saudi Arabia and Norway.

The Organization of the Petroleum Exporting Countries has been challenged by rising output in Libya, an OPEC member exempted from cutting output, as well as an increase in coronavirus cases in many areas of the world.

“If true, the Saudis’ decision rewards the cheaters in OPEC while acknowledging the demand challenges that are still here,” said Phil Flynn, analyst at Price Futures Group in Chicago.

“This potential extension of the cuts is definitely a positive for the markets and maybe provides the seasonal bottom that is happening anyway,” he said.

The market has also drawn support from Hurricane Delta, which is forecast to intensify into a powerful, Category 3 storm in the Gulf Coast. Nearly 1.5 million barrels of daily output was halted.

“Hurricane Delta is a crude oil supply event, and with all of this Gulf of Mexico production offline, we will probably lose more than 5 million barrels of crude oil due to the storm,” said Andrew Lipow, President of Lipow Oil Associates in Houston, Texas.

Oil also gained support from the prospect of more production outages in the North Sea because of a workers’ strike. The major Johan Sverdrup field will have to shut unless the strike ends by Oct. 14.