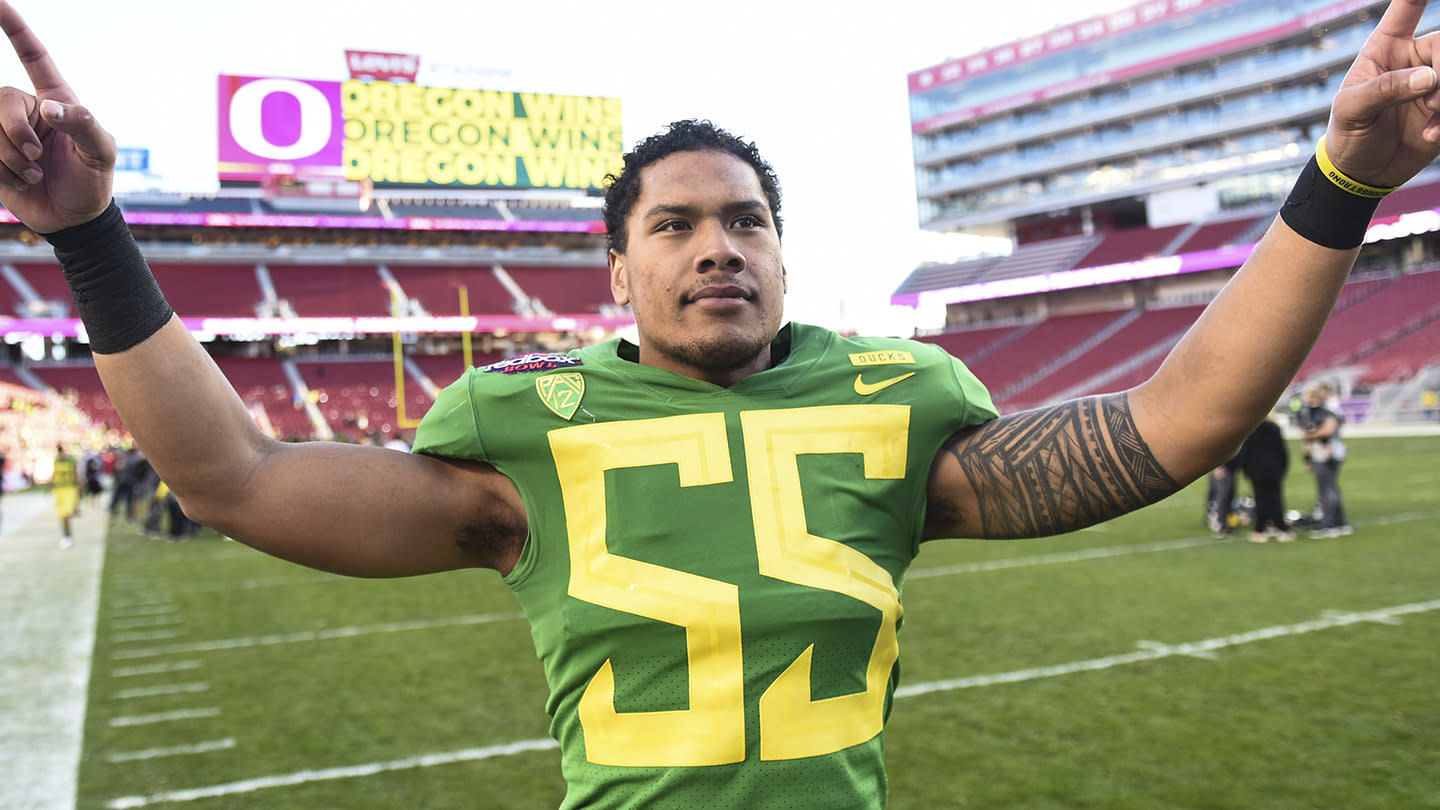 Oregon has already lost linebacker Troy Dye to the NFL but another contributor from the front seven may also not be in the lineup this season.

Senior Sampson Niu did not participate in Oregon’s first day of training camp on Friday and may miss the 2020 college football season due to an undisclosed personal issue, head coach Mario Cristobal said following Friday’s practice.

“With Sampson there’s some things that he’s been taking care of and he’s a guy, I think we all know we all love him. Very tight and personal with him,” said Cristobal.

“He may have some things to figure out personally and there’s a possibility he may not play this year. But until that’s confirmed I’ll like to grant him his space until we figure that out for him.”

Niu was a 247Sports four-star inside linebacker from the 2017 recruiting class and saw playing time in all three seasons in Eugene.

As a freshman, Niu played in six games totaling eight tackles and one tackle-for-loss. Then as a sophomore, he played in all 13 games, making four starts, recording 23 tackles (11 solo), 3.0 tackles-for-loss and one sack.

Niu saw reps with the ones during spring practice before the coronavirus halted all college football activities. With Niu away from the program momentarily, Cristobal said freshman Noah Sewell and redshirt sophomore MJ Cunningham saw time with the twos.