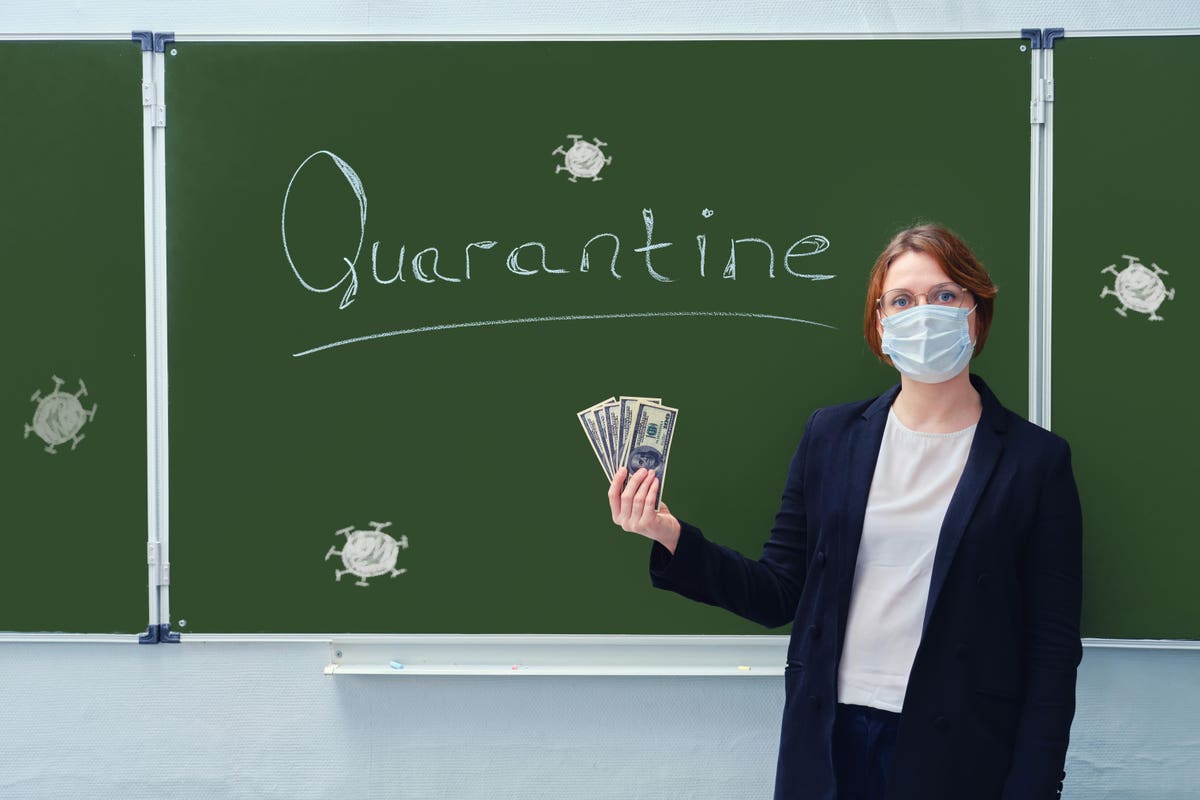 Betsy DeVos’s attempt to take CARES act money intended for public schools and direct it to private schools was knocked down by federal courts not once, not twice, but three times, with the third strike being final. But now some Pennsylvania legislators are getting ready to try a similar sleight of hand with $500 million in taxpayer funds.

House Bill 2696, the “Back on Track” bill, proposes to give a $1,000 voucher to parents for every K-12 child. This particular voucher format is the education savings account, a chunk of money set aside by the state that parents can spend on any qualifying education expenses, using an electronic transfer— a sort of educational debit card.

Parents would have to apply for the voucher, and money will be awarded on a first come first served basis. An initial period earmarks the money for families below 185% of the federal poverty level, but after November 16, any family may apply. The family can hold onto that money up until two years after the student has graduated from high school.

The problem with this sort of voucher program has always been accountability. In 2018, auditors found that Arizona parents had mis-spent something like $700K in voucher money on beauty supplies, clothing and sporting goods. The Pennsylvania bill allows that the state treasurer “may provide for audits of an account” if the office determines it’s necessary. But we are talking about the possible oversight of a half million accounts, and the bill offers no additional staff or funding to make that oversight possible.

Meanwhile, there is also little accountability for providers. They must abide by health and safety regulations and nondiscrimination policies, but the bill also includes a No Strings clause. Private schools often worry that state funding comes with state strings attached; this bill has that covered:

The department or any other State agency may not regulate the educational program of a participating entity that accepts money from an account.

The establishment of the program may not be construed to expand the regulatory authority of the State, the officers of the State or any school district to impose any additional regulations of a participating entity…

The stated argument is that these vouchers would somehow help families where students have fallen behind due to pandemic interruptions of school. In practice, this is a way to use federal fund to help prop up private schools. It is true that parents of public school students could apply for these funds, but what assistance will individual families get from funding. But private school families will get a bit of help with school tuition and other supplies that private schools don’t provide. There is no stipulation in the bill for publicizing the vouchers, but you can bet that every private school in the state will be supplying their families with voucher applications.

Meanwhile, as in other states, Pennsylvania public schools are struggling with a loss of revenue and increased demands for supplies and retooling for pandemic schooling. If you asked someone during the current mess, “What’s the best way we could spend $500 million to help Pennsylvania students,” a program aimed at the 10% who don’t attend public school might not be the best answer.

The primary House sponsor is Clint Owlett, a GOP representative elected in 2018. Owner of a construction company, Owlett graduated from the New Covenant Academy, a private Christian K-12 school.