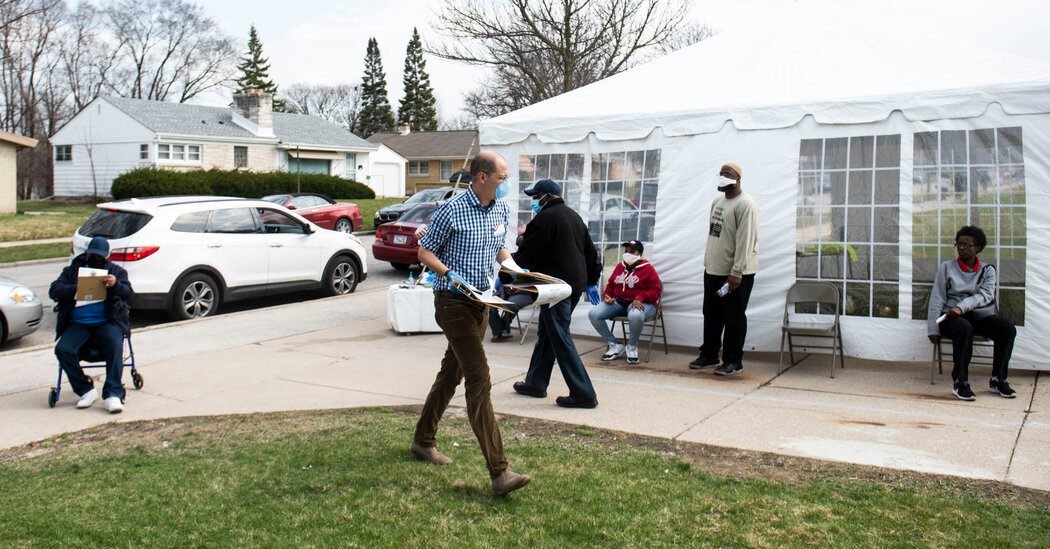 Christine A. Reuther, the Delaware County councilwoman who wrote the grant proposal for her county, said that the funding helped the county train poll workers and acquire drop boxes, some of which were dispatched to majority Republican municipalities.

“I have no idea why it is a bad thing, let alone unconstitutional, for Delaware County to accept a grant to improve safe and secure access to the polls for all of its registered voters,” she said, calling the lawsuit a “time-consuming, resource-wasting effort.”

In a statement, the Center for Tech and Civic Life called the lawsuits “baseless,” and said the group was nonpartisan, working with Democrats, Republicans and nonpartisan officials.

Conservatives have raised concerns about the political backgrounds of the center’s co-founders, who the lawsuits note had worked together at a Democratic Party-aligned organizing group, and of Mr. Becker. He had briefly worked for the liberal group People for the American Way after leaving the Justice Department, where he had enforced voting laws during Democratic and Republican administrations.

Mr. Becker said he worked with election administrators of both parties and that the six-member board for the Center for Election Innovation and Research included three Republicans. Since his group’s grants go to state election agencies, he said the money would be used to educate voters across those states, not just in big cities that tended to vote Democratic.

Mr. Hatch, the Utah election official, sits on the advisory board of the Center for Tech and Civic Life, and is a Republican. He has turned down other election grants, he said, “because I just don’t want the appearance of any kind of meddling or influence in any decision that I make as an election administrator.”

But he said that was not a concern with the Center for Tech and Civic Life, which he called “an excellent independent advocate for election officials and for voters,” adding that the grants “will be very helpful for a lot of jurisdictions.”