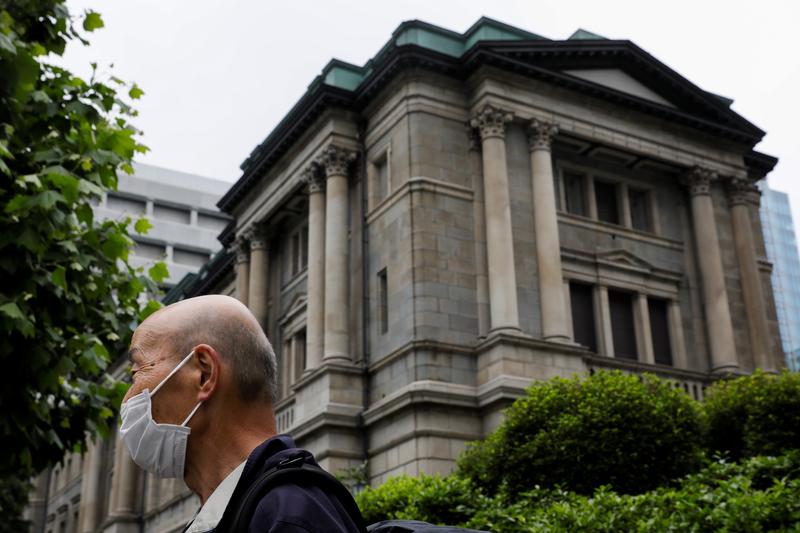 TOKYO (Reuters) – Some Bank of Japan board members called for a review of the central bank’s policy strategy as the economic shock caused by the coronavirus pandemic pushes inflation further away from its target, a summary of opinions from a September meeting showed.

Those views underline the increasingly tough position the BOJ finds itself in, as inflation had failed to gain momentum even before the coronavirus ravaged Japan’s economy.

A few of the board members said the central bank may need to find a new approach to fire up inflation toward its 2% target, given the pandemic’s sweeping impact on companies and households.

“We may need to debate the appropriate monetary policy path from the perspective of how to balance the need to contain the pandemic and keep the economy alive,” according to another opinion shown in the summary.

Some others said the BOJ must act “promptly” and in close cooperation with the government if the pandemic’s scars deepen, according to the summary released on Tuesday.

The BOJ kept policy steady in September and offered a slightly more upbeat view of the economy than in July, suggesting that no immediate expansion of stimulus was needed.

But BOJ Governor Haruhiko Kuroda has said the central bank would work closely with new Prime Minister Yoshihide Suga’s administration to shield the economy from the broadening fallout of the pandemic, including by loosening policy further.

The BOJ releases a summary of opinions voiced by its board member roughly a week after its rate review. It does not disclose the identity of the members who voiced the views.