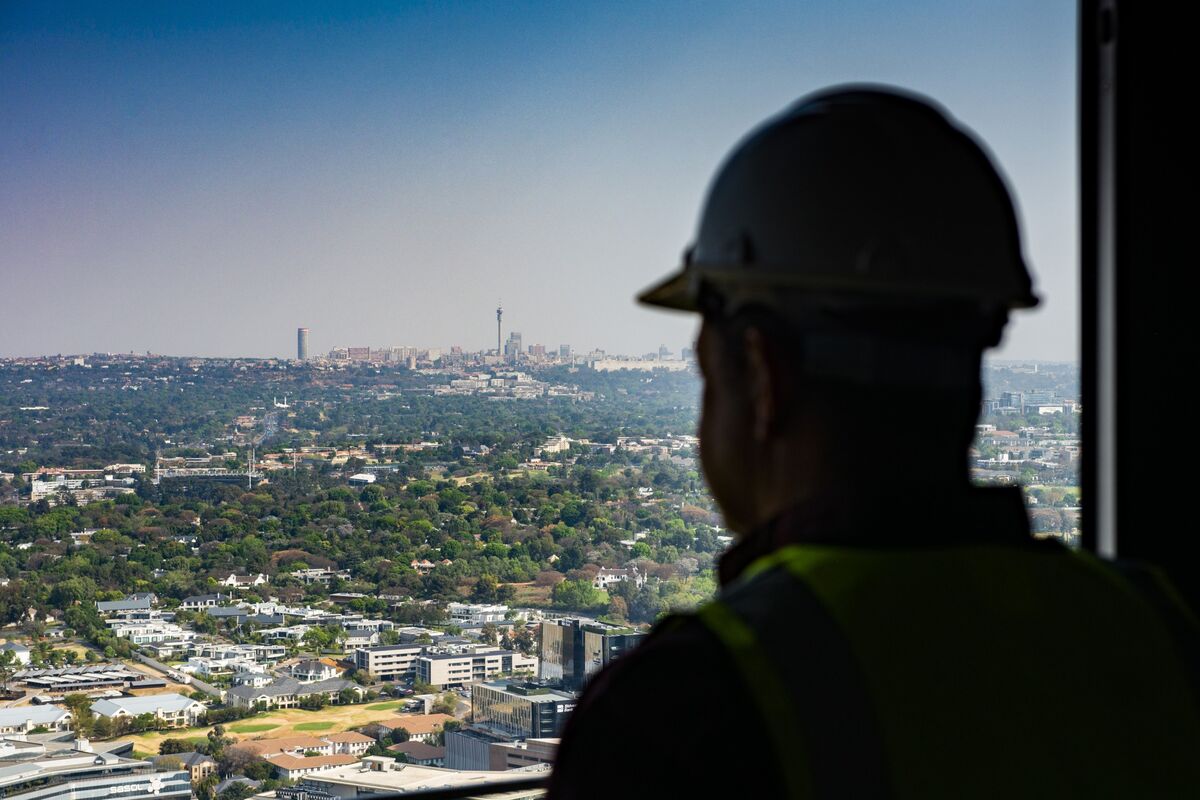 South Africa plans to tap global appetite for green bonds to help fund an infrastructure program worth as much as 2.3 trillion rand ($135 billion) over the next decade.

Winning over the private sector and streamlining the project-approval process will be key to the drive, launched by President Cyril Ramaphosa in June to revive an economy that was already in recession before the coronavirus struck and is expected to contract by the most in nine decades this year. In July, 62 priority projects were announced in the first stage of the program.

“There is a shortage of 140 billion rand in phase one, and a large part of that will come from green bonds,” said Patricia de Lille, the minister in charge of the public works department that’s overseeing the program. “We can’t just be a government of announcements and sod turnings.”

South Africa faces backlogs in everything from power plants to broadband services and housing. While the government has traditionally funded most infrastructure, its coffers are empty, and it’s looking to tap the about 12 trillion rand that the country’s business organizations estimate is the total of savings and bank assets.

For more on the launch of the program, click here

“It’s not that the private sector doesn’t want to invest in infrastructure projects,” said Leon Campher, the chief executive officer of the Association for Savings and Investment South Africa, an industry body of fund managers and insurers that’s working with government. “The problem generally with infrastructure has been that it has been scattered all over the place. Local authorities want projects, provincial authorities want projects, government departments want projects and there’s no coordination.”

Those departments don’t have the skills to properly assess projects and raise funding for them, he said, adding that the creation of a national infrastructure office may change that.

The public works ministry and the infrastructure investment office in the presidency have started talks with investors and the JSE Ltd., which operates South Africa’s main stock and bond exchange, and plans to launch its green-bond program before the end of the year, De Lille, a former mayor of Cape Town, said.

While only 9.3 billion rand of green bonds have been listed on the JSE, the exchange could handle larger volumes, said Shameela Ebrahim, the bourse’s chief sustainability officer. The JSE has 1,800 bonds issued on its platform with a market capitalization of more than 3 trillion rand.Green Transport

Announcements on the time lines of some of the priority projects should begin in October, De Lille said. The process has been accelerated by bringing the project approvals under one roof, the central office of Infrastructure South Africa, and conducting license applications and environmental impacts assessments at the same time, she said. A 100 billion rand infrastructure fund, that will partner with private investors in so-called blended finance projects, has been set up.

“We have a team at Infrastructure South Africa looking at the concept of listed project bonds and/or green bonds where you are funding renewables, so that you can crowd in more pots of capital,” Campher said. “That would be an attractive vehicle into a project for a provident fund that puts quite a premium on liquidity.”

The government has also asked private companies to second professionals to the infrastructure department in a bid to get the projects up and running.

“It’s the first time in the history of South Africa to have one department for infrastructure,” De Lille, the only member of Ramaphosa’s cabinet who is not from the ruling party. “We have created a single entry point for all infrastructure.”

In addition to a lack of skills, the poor state of South Africa’s finances and those of its state companies such as power utility Eskom Holdings SOC Ltd. is an obstacle, according to Vuyo Ntoi, co-managing director of Old Mutual Plc’s African Infrastructure Investment Managers.

“With technically bankrupt state-owned enterprises as the counter parties you need some sort of guarantee,” he said in an interview. “The challenge around government and the Eskom balance sheet needs to be resolved.”

Dario Musso, co-head of infrastructure finance at FirstRand Ltd.’s Rand Merchant Bank, said plans put in place by the government are making good progress and that the state has showed a greater willingness to work with the private sector.

“We are seeing great momentum, more than we have seen in the last decade,” he said. “But it’s not an overnight thing. It is a very long-term, staggered play to get these projects to market and get them delivered in a bankable way.”