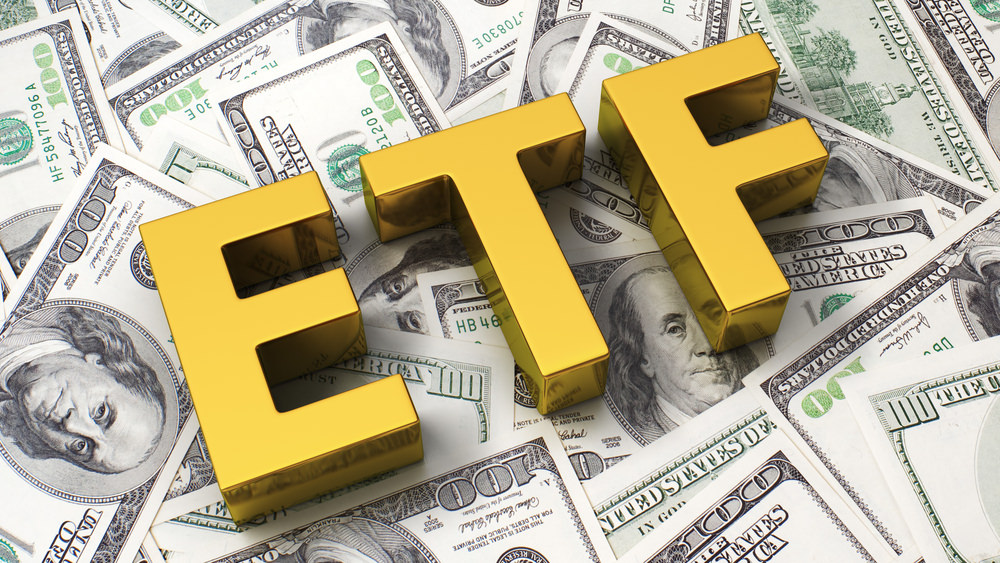 With all the attention SPACs have received, it was only a matter of time before an ETF covering SPACs came to market. Yesterday, the Defiance NextGen SPAC IPO ETF (SPAK) launched and I will be going through an overview of the fund in this article. I will be covering key details, index methodology/weighting, and examining the holdings.

-IPOs from SPACS: Daily turnover greater than or equal to $1 million

-SPACs: Traded on 90% of trading days in the last 3 months

-SPACs that have not completed merger: Weight of 20%

-Maximum Weight: Max weight for a holding is 12%

Existing constituents that are IPO companies derived from SPACs will remain part of the Index indefinitely unless they fail to meet the eligibility requirements. ~Index Methodology fact sheet

The table below shows the top ten holdings of SPAK and as you can see the majority of the top holdings are SPACs that have already completed a merger with a company. The top holding in the ETF is DraftKings (DKNG), which is not surprising. The full holdings list for SPAK can be found here. 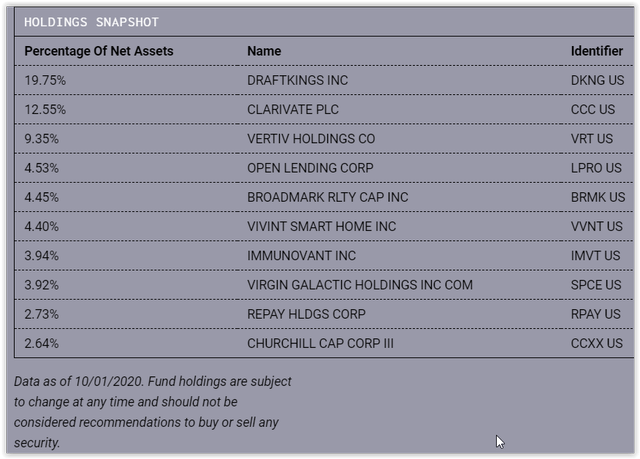 Since everyone is trying to find the next SPAC that will choose a company to merge with that will send the shares upward, I compiled the following table of just SPACs held by SPAK that have not yet announced a merger target. Surprisingly, I only counted six SPACs included in the fund that have not announced a merger target. Many of these SPACs are not on lists I see which are made up of the largest and most popular SPACs. These six SPACs account for only a 4.37% weighting in the fund. As is noted in the selection criteria above, SPACs need to have at least 90 days of trading, so the newest SPACs will not be added right away, which makes sense. However, I am still very surprised not to see a number of popular SPACs that are not included in the fund.

In closing, SPAK is an interesting ETF that investors are likely to turn to if they want exposure to SPACs that already completed a merger with some optionality on the remaining SPACs held that have yet to complete or announce a merger. For investors looking mainly for just SPACs that have not yet announced or announced but not completed a merger, this ETF is not likely the best option, since there is only a 20% allocation maximum to those categories. After doing my research for my recent article on five SPACs I found to be attractive, I lean more towards picking and choosing SPACs by management team, target industry, and whether the share price has not already had a large gain in anticipation of a deal.

As noted in the last paragraph, I found picking and choosing individual SPACs to be a good strategy. However, if I were to pick a large basket, I actually have my own idea for a SPAC ETF that I am going to share. Once a SPAC starts trading, the ETF would buy the units and the fund would weight each holding against the size of the offering. The fund would also have a minimum offering size to be included in the fund. Once in the fund and a SPAC announces a merger, the company would stay in the fund for 1 year from the announcement date of the merger and then be removed.

For example, when the Virgin Galactic (SPCE) deal was announced on July 9th, 2019, that would have started the 1-year clock following the announcement and shares would have been sold on July 9th, 2020. One key for new ETFs is to be creative with a ticker and I think a good ticker for my ETF idea would be SPAI or SIPO (both short for SPAC IPO). If any ETF providers read about my idea, I would enjoy a chatting on this topic.