CASTRIES, St Lucia – Former prime minister and minister for Dr Kenny Anthony, in a resounding public endorsement – ” This is Philip’s time” – the Saint Lucia Labour Party (SLP) political leader, Philip Pierre at the annual general conference of the constituency of Castries East Saturday, touched on themes about ‘the collapsing economy and its implications; the nature of the Chastanet’s regime; corruption of the management of the public service and the Royal Saint Lucia Police Force (RSLPF) and the need for a ‘road map’ to remove us from the political and economic and morass that sweeps the land.’

Against that background, Dr Kenny Anthony argued: ‘I want now to ask the most fundamental question, what type of leadership is required in these times?’

‘In 1997 our party was called upon to rescue our country and responded magnificently. We were again called to do so in 2011 and once more, the labour party reset the economic engines and Saint Lucia’s ship was once again sailing smoothly. For the third time in recent memory, we are again called to right the ship of state which is dangerously adrift.”

The former prime minister and minister for finance touch on the following:

Dr Anthony reiterated that amid chaos and distress, ‘the government has refused to accede to the request of the SLP to deliver a package of support for small business to ease their plight.’

‘The fiscal crisis will deepen; the deficit will widen uncontrollably. Revenue intake will continue to decrease sharply, impossible for government revenue to cope with expenditure.’ He added, ‘In a recent interview, prime minister Allen Chastanet said that revenue had declined by 50 percent – who knows if he is telling the truth? This scenario means … basic services will suffer as the government finds it difficult to finance services. More reliance on borrowing to finance operations, increasing inability to pay existing loans or raise new money.’

‘The nature of Chastanet’s regime has destroyed the country, incapable of truth in its simplest form; contemptuous of the constitution; destroyed the integrity, independence of the senior management of the public service and the RSLPF, ‘ Dr Anthony added.

‘ In Chastanet eyes and in his mouth, Saint Lucian’s are mendicants, donkeys and jackassess ‘ meantime he engages in ‘ plantocracy economics ‘ and theories that are – more in keeping with his own ‘ living standards ‘ and ‘ not that of the people of Saint Lucia .’

Moreover, he has ‘ allowed his political party consultants to breach our protocols in entering the country to do their dirty work. He has defiled parliament by refusing to debate various COVID-19 ORDERS, all of which are blatantly unlawful and unconstitutional, ‘ he said. 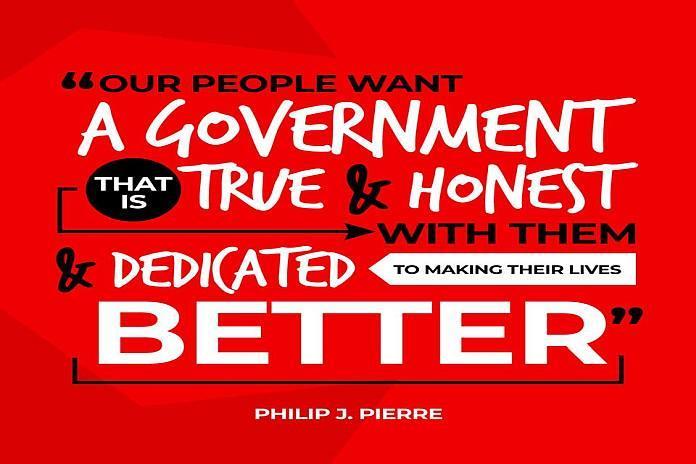 In keeping with SLP campaign slogan: ‘ Putting You First ‘ – ‘Our [first] priority is to develop and present to the people of Saint Lucia ‘a road-map to recovery'”, that surrounds:

If there is a lock-box to finance the Airport project, ” open it and feed the people ,’ Dr Anthony said unequivocally.

Former prime minister Dr Anthony concluded that ‘Only the labour party can restore Saint Lucia’s economy locally and it’s standing regionally and internationally,’ called on party loyalist and concern Saint Lucian’s to ‘come together and do what we have done twice before.’

‘Let us come to Saint Lucia’s rescue. Let us again, ensure that Saint Lucia is a place where its people come first .’


Legal Disclaimer: MENAFN provides the information “as is” without warranty of any kind. We do not accept any responsibility or liability for the accuracy, content, images, videos, licenses, completeness, legality, or reliability of the information contained in this article. If you have any complaints or copyright issues related to this article, kindly contact the provider above.