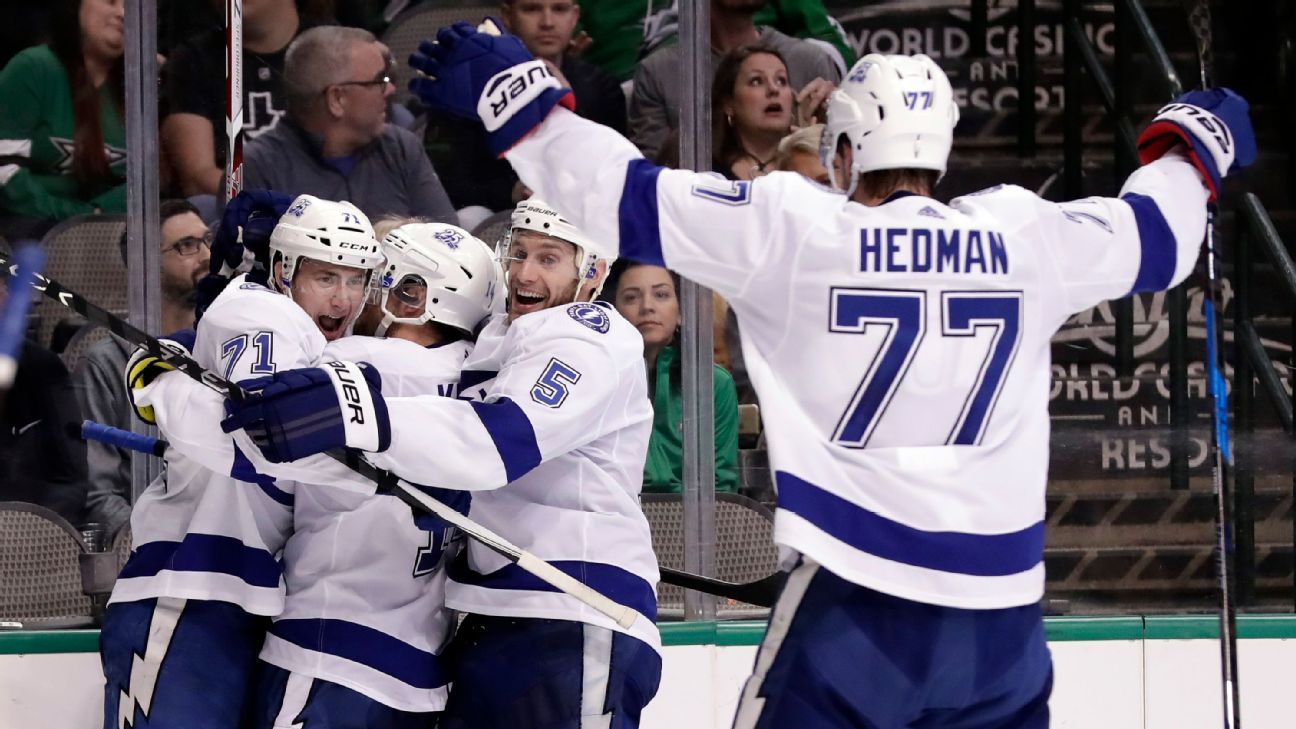 A Tampa Bay Lightning fan whom police called on for screaming “shoot!” at the television during the Stanley Cup Final is using the misunderstanding to help raise money for domestic violence organizations.

Devon Garnett, 26, was watching Wednesday’s Game 3 of the Lightning-Dallas Stars series at a friend’s third-floor apartment in Tampa, Forida. The three fans were energized after Lightning star Steven Stamkos, playing in what turned out to be his only game of the postseason due to injury, scored an early goal.

On an ensuing power play, a fired-up Garnett recalled watching Lightning defenseman Victor Hedman hold the puck for too long.

“I was yelling, ‘Shoot! Shoot!’ because sometimes we get too cute with the puck,” he said.

This prompted his neighbor downstairs to call the Hillsborough County Sheriff’s Office, believing there was a domestic dispute involving a firearm. According to sheriff’s office spokesperson Natalia Verdina, four deputies were dispatched to the apartment at 8:24 p.m. after the call. When police showed up, Garnett said they asked where “the guns were” because they were told there was a domestic dispute.

The fans explained the misunderstanding, opening the apartment door wide to show that the game was on television and showing them that they were decked out in Lightning gear.

“My exact words [to them] were, ‘We’re just cheering for Steven Stamkos,'” Garnett said. “They completely understood. Didn’t give us a hard time at all. The whole interaction, from when my friend answered the door and realizing it was the cops to them leaving, was maybe two minutes.”

The story spread among Tampa media and soon went viral, to the point where the Lightning invited Garnett and his friends to watch Game 4 of the Stanley Cup Final at a party inside Amalie Arena. Garnett, who works in digital marketing, said he was interviewed on the ice before the game, and that fans inside the arena yelled “Shoot! Shoot!” at him when they saw him on the concourse.

Before they went to the watch party at the arena, Garnett said he left a note on the neighbor’s door, featuring a Tampa Bay Times story about the incident and a message that read “thanks for helping me go viral. Sorry for being loud.”

Garnett said the neighbor returned the favor during the game with a note accompanied by a case of beer, apologizing for calling the police and explaining what motivated it.

“Sorry about Wednesday night, LOL,” the note, signed by “Cesar and Christine,” read. “I grew up around a lot of domestic violence and I legitimately thought someone was going to get shot LOL. Good luck to the Lighting. But I’ll be watching the NBA Final.”

Garnett and the downstairs neighbor met over the weekend, further clearing the air and talking about potentially watching a Miami Heat game together. Because of that interaction, Garnett created a pair of shirts inspired by the Lightning and that “shoot!” moment that are on sale on TampaDG.com. He said a portion of the proceeds will benefit The Spring of Tampa Bay and RCS in Clearwater, which aim to prevent domestic violence and aid its victims.

“I feel like this situation could have taken many different turns. It could have been interpreted many different ways,” Garnett said. “Now it’s a funny story. It’s a good laugh. But it’s also a serious matter as to why he called. It wasn’t like he was annoyed at us. He was in a home with domestic violence, and that triggered memories for him and prompted him to call the police.

“If I can take this opportunity to shed light onto domestic violence, and give back to the Tampa Bay community, I’m going to do that.”

Garnett said he hopes the Lightning and their players, who won the Stanley Cup on Monday night in Game 6, will match any funds raised through the sales of the shirts.