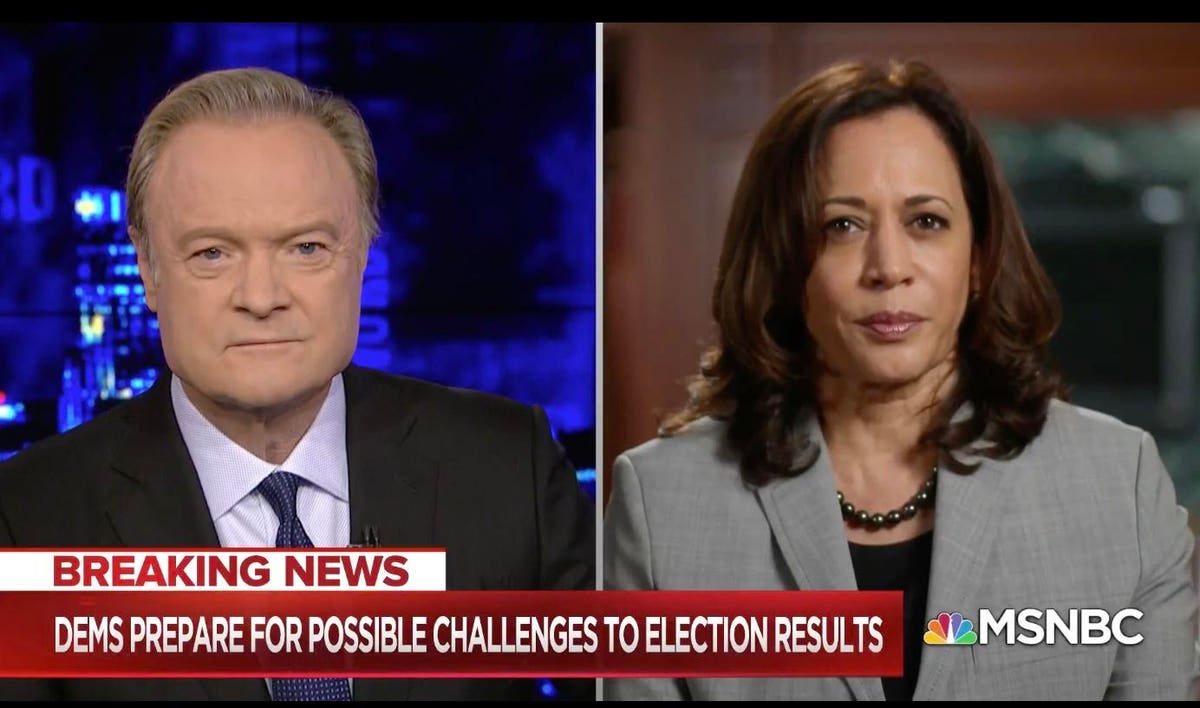 In an interview with MSNBC’s Lawrence O’Donnell, Democratic vice presidential nominee Kamala Harris reacted to The New York Times
’ reporting on President Donald Trump’s taxes, saying the American people deserve a “full accounting of the financial interests, including the indebtedness of the president of the United States.”

Harris said Mr. Trump’s reported personal debt, running into the hundreds of millions of dollars and coming due in the next few years, was a national security issue. “Who does he owe the money to? Tell us, who do you owe the money to? And do you owe debt to any foreign nation? Do you…owe money — let’s just be clear about what debt means, you owe somebody money,” Harris said. “Do you owe anybody money who is impacted by any decision you make as president of the United States? We need to know that. The American people have a right to know that when the president of the United States acts, he acts with their priorities in mind, not with his priorities in mind.”

On the upcoming Senate hearings over President Trump’s pick to fill the Supreme Court seat left vacant by the death of Justice Ruth Bader Ginsburg, Sen. Harris—who sits on the Senate Judiciary Committee that will hold the confirmation hearings—said she will participate in the questioning of Judge Amy Coney Barrett.