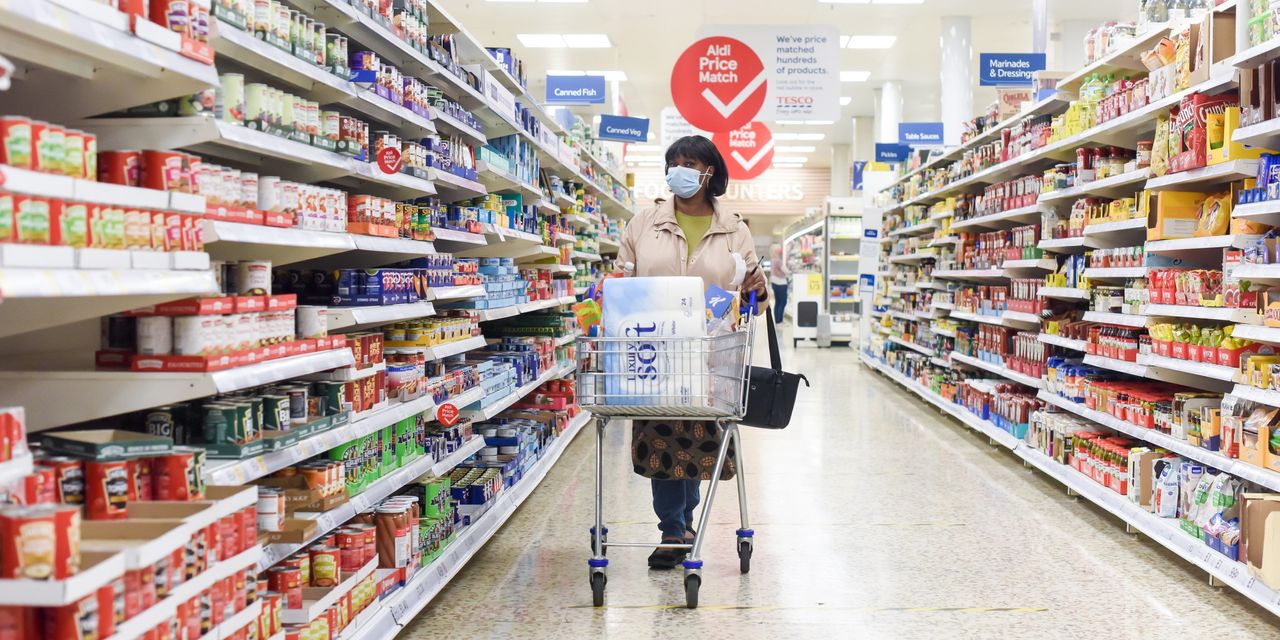 executive to lead its finances as Britain’s largest grocery chain by market share navigates an economic slowdown and the country’s exit from the European Union.

The Morning Ledger provides daily news and insights on corporate finance from the CFO Journal team.

The company Wednesday appointed Imran Nawaz as chief financial officer, effective April 2021. Mr. Nawaz has a record of working for food and consumer-goods companies, including most recently as CFO of

Mr. Nawaz is set to replace Tesco’s long standing finance chief, Alan Stewart, who has been in the role since September 2014 and plans to retire.

Mr. Nawaz is expected to steer Tesco through potential economic shifts caused by the pandemic and the aftermath of Brexit, said Alyssa Gammoudy, a credit strategist at

NV, the Dutch bank. Britain’s transition period with the EU is set to end in December, and it isn’t clear yet what the future trading relationship with the bloc will look like. Tesco, one of the world’s largest grocery chains by sales, generates the majority of its revenue in the U.K., but relies on EU imports for some of its produce.

The company reported revenue of 28.7 billion pounds, equivalent to $37.1 billion, during the first six months of its fiscal year, up 0.7% compared with the same period last year. Food sales have gone up during the pandemic, but sales of other items, including clothing are down. Tesco on Wednesday said it booked £553 million in costs related to the pandemic for its U.K. business during the first half of its fiscal year.

Mr. Nawaz will start his new role with a solid balance sheet, analysts said. The company recently agreed to sell its operations in Poland, Thailand and Malaysia and paid down its debt.

But Tesco continues to face competition from discount retailers, including Germany’s Aldi and Lidl, and lower margins from growing e-commerce orders. “In the coming years, more investments are inevitable, and the main challenge is to do so whilst protecting the margins,” Ms. Gammoudy said.

In the new role, Mr. Nawaz is entitled to a base salary of £700,000 a year plus benefits and incentive awards, Tesco said. The company declined to make him available for an interview.