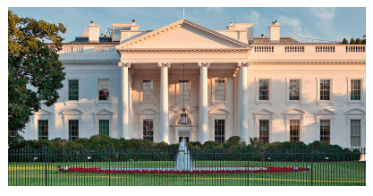 Weekly Market Compass: We explore the impact of three key events on markets and the economy

Last week’s news cycle was relentless. Tuesday’s chaotic US presidential debate dominated headlines for a few days – until Friday, when President Donald Trump announced that he and the first lady tested positive for COVID-19. Amidst all of this, a disappointing US jobs report flew mostly under the radar. This week, I explore these three issues in terms of economic and market implications.

In my view, the first presidential debate was unruly and stressful, to say the least. I’m not sure I’ve heard three human beings talk over each other so much since my three kids were all under the age of five. I had a list of issues that I hoped to hear about during the event. But unfortunately, very little in the way of substantive issues were discussed.

The impact on markets. In my view, the key takeaway from the debate is that there is a greater likelihood of a contested election as President Trump appears set on challenging the election if Joe Biden is declared the winner. Fear has also increased about the potential for civil unrest on the day of the election or afterwards if it is contested. As I mentioned in my blog last week, a contested election would most likely cause market volatility – however, I believe it would be short-term in nature. While Trump talks about the possibility of years and years of litigation, the reality is that the next president will be known by inauguration day 2021 regardless of any litigation. Therefore, I expect any bouts of market volatility to be rather irrelevant to those investors with long-time horizons. In addition, I believe monetary policy is more important for markets and has a far greater impact than anything in the political arena. And monetary policy continues to create an upward bias for stocks.

On Friday morning, Trump tweeted that he had tested positive for COVID-19. After the US stock market closed that day, he was subsequently hospitalized.

The impact on markets. While there is legitimate concern about the impact on markets, we have to put this into historical perspective. I think of two dramatic events in particular. In 1963, President John F. Kennedy was assassinated. Not surprisingly, stocks sold off heavily on news of Kennedy’s death before the market was prematurely closed. However, when the market re-opened several days later, stocks actually rose.1 In 1981, an assassin attempted to kill President Ronald Reagan. Again, stocks sold off before trading was rapidly halted, but traded higher once the market re-opened several days later, with the Dow Jones Industrial Average rising more than 7% in the days afterwards.1 We also can look to the impact on markets when other world leaders contracted COVID-19. For example, the MSCI UK Index fell 6.2% from the eve of UK Prime Minister Boris Johnson announcing he had mild symptoms on March 26 through the 2020 market bottom on April 3.2 However, stocks also made a speedy recovery in this scenario. The UK index was up 8.9% from April 3 through the close on Oct. 1.2

The impact on the economy. I suspect that Trump’s diagnosis could lead to far broader adoption of mask-wearing as average Americans recognize that if the president of the United States can contract the virus, they can too. In turn, this could slow the spread of COVID-19, which should be a significant positive for the economy, especially as we worry about a possible second wave this fall. (The cancellation of campaign events could also lessen the spread of COVID-19 in the next several weeks.) I also wouldn’t disagree with House Speaker Nancy Pelosi in her assessment that the president’s COVID-19 diagnosis could spur Senate Republicans into recognizing how virulent the disease is, which could in turn prompt them to agree to a larger stimulus package. (In addition to the president, three Senate Republicans all announced their own positive coronavirus tests within a 24-hour period last week: Sen. Ron Johnson of Wisconsin, Sen. Mike Lee of Utah, and Sen. Thom Tillis of North Carolina.3)

All eyes were on the president’s health on Friday, and as a result, the September US jobs report may have been overlooked. But the report deserves our attention – it shows that economic growth has slowed, as far fewer jobs were created than expected. While the unemployment rate dropped, it fell for the wrong reason – the labor force participation rate is down, as fewer workers are actively searching for jobs. Even worse, an increasing number of job losses are being categorized as permanent rather than temporary. The report also shows significant job losses among state and local government workers; those losses were primarily in education, which could be due to pandemic-related school opening postponements but nonetheless underscore the need for fiscal stimulus targeted to state and local governments. I suspect slowing economic growth may exacerbate the “K-shape” that the recovery has taken so far – with higher-income Americans benefiting most from a recovery, and lower-income Americans continuing to struggle with the effects of the downturn.

The impact on markets. This could turn out to be a positive for markets if it spurs Congress to negotiate a fiscal stimulus deal. I believe there is an increasing likelihood of this happening, and that could explain why US cyclical stocks were positive on Friday, the 10-year US Treasury yield was up, and gold was down.4

The impact on the economy. It is becoming increasingly apparent that economic growth is slowing – as evidenced by a variety of data points in addition to the jobs report – and this data may be enough to compel Congress to pass a robust stimulus package.

In summary, the events of last week injected even more uncertainty into the world in the final weeks before the presidential election. We have to recognize that market volatility is what we get when there is policy uncertainty, but we can’t let it shake us as we are experiencing this uncertainty against a backdrop of massive monetary policy accommodation. As my colleague Brian Levitt has so eloquently stated, “The case for equities has not changed. We still expect this nascent economic recovery to persist into 2021 and beyond. Betting against the economy getting better over the intermediate period is akin to betting against medicine, science, and human ingenuity.” We believe it is important to remain well-diversified and stay the course – and of course to be on the outlook for opportunities if stocks experience any heavy bouts of downward volatility.

In the coming week, European Central Bank President Christine Lagarde will be making a speech, and the minutes from the September meeting of the Federal Open Market Committee will be released. Both will be important, as I believe monetary policy is critical for markets.

But perhaps the highest profile event of the week will be the vice presidential debate on Oct. 7. After all, with President Trump in the hospital and former Vice President Biden continuing to be tested for COVID-19 because of possible exposure – and because both candidates are of an advanced age – the vice presidential candidates are arguably more important than ever before. We will want to see if they can act presidential. Perhaps they can even articulate and debate their respective policy platforms – something their running mates were seemingly unable to do last week.

Diversification does not guarantee a profit or eliminate the risk of loss.

All investing involves risk, including the risk of loss.

The MSCI United Kingdom Index is designed to measure the performance of the large- and mid-cap segments of the UK market.

The Dow Jones Industrial Average is a price-weighted index of the 30 largest, most widely held stocks traded on the New York Stock Exchange.

The opinions referenced above are those of Kristina Hooper as of Oct. 5, 2020. These comments should not be construed as recommendations, but as an illustration of broader themes. Forward-looking statements are not guarantees of future results. They involve risks, uncertainties and assumptions; there can be no assurance that actual results will not differ materially from expectations.

The debate, the diagnosis, and jobs by Invesco US