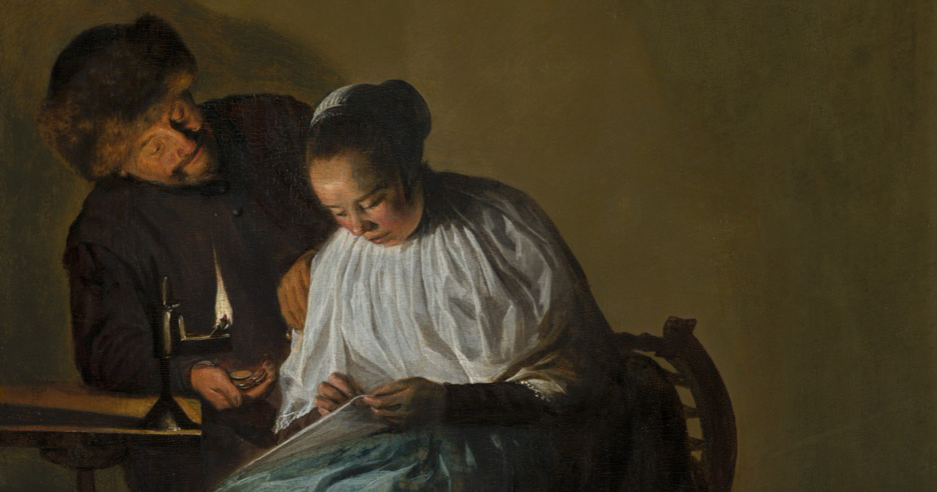 I’ve always been a self-avowed history nerd. When I was young, the Middle Ages held special fascination for me, particularly the fashion, which my best friend and I tried to recreate on our mothers’ sewing machines. (Told you: history nerd.) However, I always wanted to know things that didn’t seem to be in history books, which was basically anything having to do with women’s lives. Rather than just who they married and who their children grew up to be, I wanted to know what their day-to-day lives were like. What did they discuss with each other? What did they do when they got their periods, for God’s sake? There was a frustrating lack of any information of this sort that was available to me in the suburbs of Washington, D.C., in the late 1980s and early ’90s.

I went off to college hoping to learn more about women in history, and not just the “famous” ones. I was all set to become a history major until I took my first art history class—history with pictures, even better! Although I got a “D” on my first exam (I mean, really, who can keep all of those Egyptian dynasties straight?), I fell in love with the field.

That first semester, I didn’t see Dutch Golden Age artist ’s Man Offering Money to a Young Woman (1631) (sometimes also called The Proposition) in class. In fact, I’m pretty sure I didn’t see any art by women in that class, but I was lucky enough to see the painting in person at the Mauritshuis in The Hague during my first winter break. That’s because, after I graduated from high school in the aforementioned D.C. suburbs, my family packed up and moved to the Netherlands.

When I first saw Man Offering Money to a Young Woman at the age of 17, I related to it on some instinctive level. Despite its small size (only 12 by 9.5 inches), this painting captivated me. What I saw (and what I still see) was a woman minding her own business, sewing or embroidering by oil lamp light, trying very hard to ignore the man hovering over and touching her right upper arm with his left hand. In his right palm, he proffers half a dozen or so coins. The whole situation gave me the creeps. The man’s lecherous presence is intensified by his looming shadow; the clear discomfort of the woman conveys an unsettling scene.

When Leyster painted this work in 1631, images of leering men and boisterous women abounded in the art of this period. Some were cautionary morality tales of men being swindled out of their money by wanton women, and some were just straight-up brothel scenes. But Leyster’s work is neither. Instead, the moment that she distills here is a quiet moment of decision. What will the woman do? Upon seeing the painting for the first time, that question, for me, was not about whether or not she will accept the man’s money (today, I recognize that many see this as pivotal to an iconographical interpretation). Rather, the moment depicted is a well-known dilemma for many women: Does she ignore him hoping he will go away, potentially incurring anger and/or violence? Or does she politely extricate herself from the situation and somehow inadvertently offer encouragement?

Women know that in that moment, options are weighed and risk is assessed in a heartbeat. This painting hovers in that heartbeat. In capturing that instant, Leyster has frozen in time a constant, pervasive situation that women have perpetually endured. Like so many young women, by the time I was 17, I knew all too well the unwanted and uninvited looks, comments, and interactions from boys and men. I recognized the tension I saw in the woman’s body, the uncomfortable look on her face. In our shared experience, the centuries between me and the woman pictured, as well as the one who painted the scene, collapsed.

I was not yet conscious of the underrepresentation of women artists in museums or attuned to the finer points of feminist theory when I first saw Leyster’s painting. But encountering it led me down the path to both. I declared my major in art history and wrote a senior honors thesis on Leyster’s self-portrait that is in the collection of the National Gallery of Art. After graduating, I went straight into the master’s program at American University, where I studied with the trailblazing feminist art historians Mary D. Garrard and Norma Broude. And when I wrote my dissertation for my Ph.D. in 17th-century Dutch art from the University of Maryland, it was on a woman, Amalia van Solms, and her role as collector and patron of the arts.

Because a woman nearly 400 years ago painted an experience that resonated so deeply with me, I found that window into the daily life of historical women for which I had been searching ever since my medieval fashion obsession. I just never imagined it would look so familiar.

Did an artwork change your life?

Artsy and Elephant are looking for new and experienced writers alike to share their own essays about one specific work of art that had a personal impact. If you’d like to contribute, send a 100-word synopsis of your story to [email protected] with the subject line “This Artwork Changed My Life.”