Ford Motor Co. reached a three-year deal with Unifor National that includes wage increases, bonuses and other benefits for its factory workers in Canada plus a massive financial investment in battery electric vehicles, the company announced Monday.

The union voted 81% in favor of the collective bargaining contract, which includes $1.5 billion (U.S.) in investments to bring battery electric vehicle production to Oakville and a new engine derivative to Windsor, Unifor confirmed.

“This is the single biggest investment in the Canadian auto industry in years,” said Jerry Dias, Unifor National president. “The vote … shows Unifor members have a clear vision of a strong and prosperous Canadian auto sector.”

Highlights include $1.4 billion (U.S.) to retool and build new battery electric vehicles in Oakville, “including a crossover utility vehicle, and $148 million for Windsor powertrain facilities,” Unifor said. “Ford has committed to source new 6.X L engines to the Windsor Engine Plant and sole source 5.0L engine assembly and current component machining to the Essex Engine plant, along with any derivatives,” Unifor said.

Engines used for the Ford Mustang and Ford F-Series are built in Canada currently.

The union spotlighted these elements:

“… It’s safe to say we hit a home run on both fronts,” said John D’Agnolo, chair of the Unifor Master Bargaining Committee, in prepared remarks. “… Members … showed unwavering solidarity through some very intense weeks of bargaining.”

Ford goes all in

Ford issued the news first, touting the agreement as a victory for all involved.

“Based on the collective agreement ratified by employees today, Ford is committing to transform its Oakville Assembly Complex from an internal combustion engine (ICE) site to also become a BEV manufacturing facility, starting in 2024, as well as introducing a new engine program at its Windsor operations,” Ford said in a statement.

Ford of Canada’s provided additional detail in the contract for its hourly employees:

“Working collaboratively with Unifor, and as discussions continue with both the federal and provincial governments, this agreement is an important step toward building a stronger future for our employees, our customers and our communities,” Dean Stoneley, president and CEO, Ford of Canada, said in prepared remarks.

“By introducing battery electric vehicle production at Oakville Assembly Complex, we are cementing our Canadian operations as a leader in advanced automotive manufacturing,” he said. 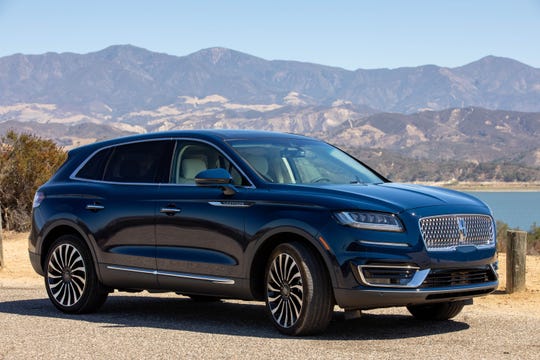 The Ford agreement, which had tentative approval on Sept. 22, involves investment of both the automaker and Canadian government officials. The package, mostly paid by Ford, is meant to transform the auto industry in Canada into a major player in electrification, Dias said previously.

Details of the deal have not been revealed by the company or elected officials.

Auto industry forecasters had indicated Ford might close Oakville, where it builds the Ford Edge SUV. Production of the Edge and Lincoln Nautilus are scheduled into 2023.

The investment plan involves building five models of electric vehicles, making Canada a player in the rapidly growing electric vehicle market for the first time. Retooling will start in 2024 with the first vehicle rolling off the assembly line in 2025, Dias said.

More: Ford’s secret weapon has a passion for batteries and came from NASA

“We generally have a good bargaining relationship with Ford,” Dias told the Free Press after the ratification. “We ended up with major investment from Ford in 2016, too. Ford has a history of finding solutions.”

He noted that Ford is the top-selling brand in Canada.

“This deal with Ford is incredibly important,” Dias said. “When we went into bargaining with Ford, we had no product beyond 2024.”

While global demand for electric vehicles now is in the single digits, he noted, California and other markets are shaping public policy that directly impact the future of internal combustion engines.

The focus, he said, “is definitely going to be job security. We lost the entire third shift in Windsor Assembly — 1,500 people laid off. We need one or two vehicles in Windsor to get back that shift. It’s really going to be about stabilizing the footprint over the next three years.”

Targeting Ford for the pattern was the right move, Dias said. “The fact that the economic pattern is already established will save us from fighting with the other two” automakers.