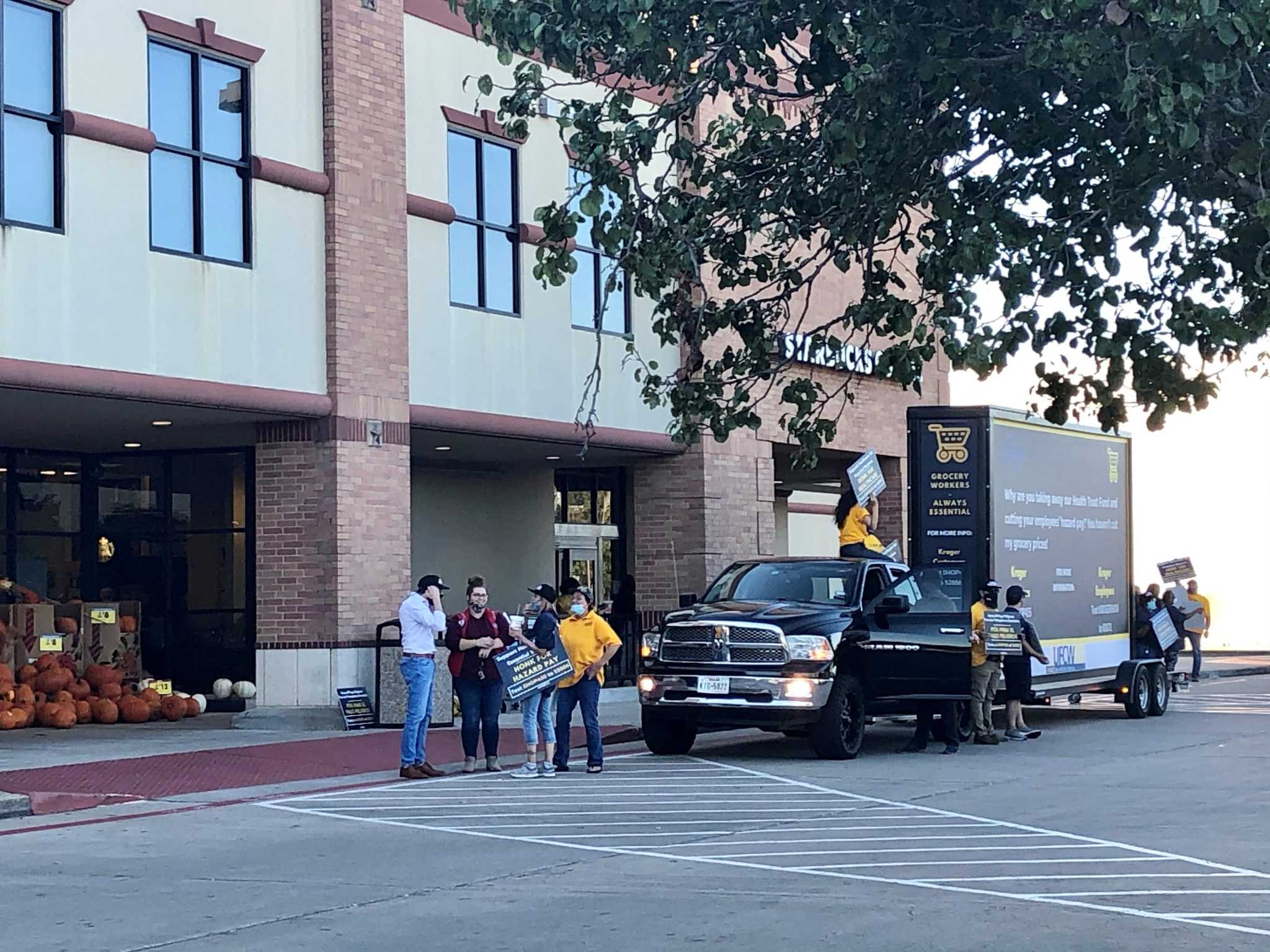 Kroger employees from across Southeast Texas gathered in front of the Dowlen Road store in Beaumont on Tuesday afternoon to urge public support for its contract negotiations with the company. The union seeks a return of pandemic hazard pay and a halt to potential changes to health care plans.

United Food and Commercial Workers Union Local 455, which represents 28,000 members in parts of Houston, all of Southeast Texas and parts of Louisiana, has been organizing demonstrations at stores in its coverage region since late September as negotiations with Kroger have become more heated.

Labor groups have been calling for the return of hazard benefits that Kroger awarded employees in March, such as a $2 pay bump, since the company ended its “hero bonus” in June. Focus has now shifted to a proposed increase in hours before employees could qualify for health insurance.

The company has also proposed a change to the structure of the trustee system for its insurance plan that would remove union representatives, according to UFCW leadership.

Rosalie Lowe, a lead at the floral department at the Kroger store in Orange, said the end of hazard pay and fear about changes to health plans have not been good for the moral of workers interacting with the public every day during the pandemic.

“We feel kind of betrayed,” she said. “I used to love to go to work. Now, I can’t look forward to it knowing what we mean to the company.”

After Kroger reported in June that it had a 19.1% growth in sales in the first fiscal quarter of the year, due in part to a more than 90% increase in digital sales, Lowe said employees can only assume that the company is going forward with changes for additional profit.

The company has reported that it is using some of that windfall to support employees, including more than $830 million for safety and cleaning equipment and several rounds of bonuses. It also has credited the implementation of emergency paid leave since March as tool for reducing risk of infection among employees.

Representatives for Kroger could not immediately be reached.